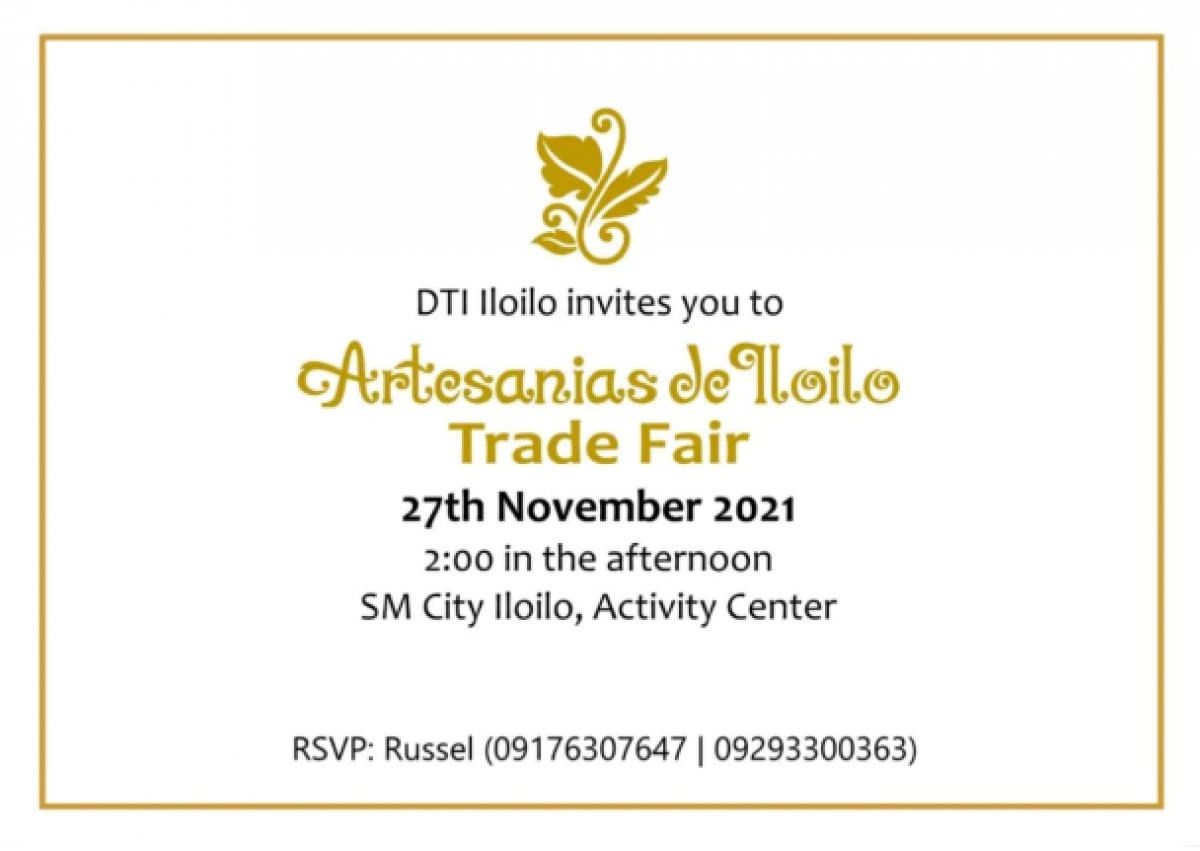 ILOILO CITY (PIA) - - The five-day Artesanias de Iloilo Trade Fair which kicked off November 27, featured products of the micro, small and medium enterprises (MSMEs) belonging to the six priority sectors of the Department of Trade and Industry (DTI)-Iloilo.

Around 176 MSMEs have already signified to join the trade fair which will be held in SM City Iloilo Activity Center and in identified municipalities in the five districts in the province of Iloilo.

“The Artesanias de Iloilo is not only confined at the activity center of SM City Iloilo but will also be held in the five municipalities of the province that co-hosted the event,” said DTI Iloilo Provincial Director Judith Degala, in an interview over PIA 6 Talk Shop online program.

The five municipalities are Guimbal for the first district, Pavia for second district, Cabatuan for third district, Passi City for fourth district and and Sara for fifth district.

Products to be showcased at the trade fair are from the following priority sectors: cacao, coffee, processed food, bamboo, coco, wearables and homestyles.

Degala invited buyers to visit these venues to help local producers who were greatly affected by the pandemic.

“These are our resilient MSMEs who are trying to get back on their feet by offering their products to our buyers, to our consumers. Let’s buy local, let’s promote local in order to help our MSMEs generate income, employment and investment,” said Degala.

In so doing, Degala added, our local MSMES can also help in the economic recovery not only of the city and province of Iloilo but the whole country.

This is the second time that Artesanias de Iloilo Trade Fair will be conducted after it was launched on 2019 as part of the trade promotion events of DTI Iloilo.

Degala said trade fair is an effective platform for MSMEs to generate cash, book sales, and market linkage. It is also an opportunity for MSMEs to understand the market requirements through their interaction with the buyers. (laf/PIA6-Iloilo)