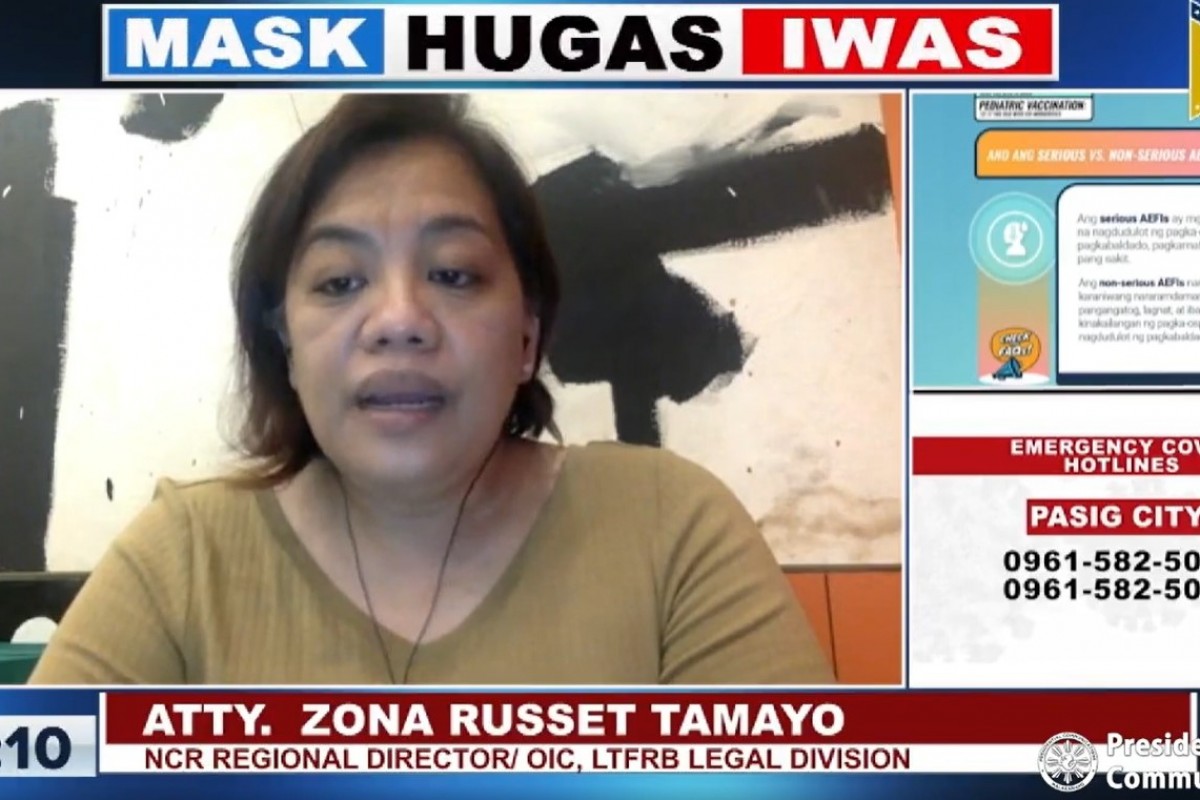 CALOOCAN CITY, (PIA) -- All qualified beneficiaries in Metro Manila of the government’s P1 billion fuel subsidy program are set to receive their cash cards and one-time grant by December this year, an official of the Land Transportation Franchising and Regulatory Board-National Capital Region (LTFRB-NCR) said on Thursday.

During the Laging Handa public briefing hosted by the Presidential Communications Operations Office, LTFRB-NCR Regional Director Zona Russet Tamayo said about 85,000 out of the 136,000 operators of public utility jeepneys (PUJs)  have cash cards through the previous “Pantawid Pasada Program.”

She said the rest of the beneficiaries of the program are processed by the Landbank of the Philippines (LBP) and will be distributed nationwide through local branches of LBP.

(Translation: For those who have no cards yet, we are trying to finish this by the start of December, we can distribute the remaining cards of our beneficiaries  at the soonest possible time.)

Tamayo said, however. that a total of 78,000 PUJ operators have so far been remitted their one-time fuel subsidy grant.

She said all beneficiaries with active cash cards have been remitted their P7,200 one-time fuel subsidy grant —totaling to over P560 million.

“More than half of our P1-billion budget when we launched it last Wednesday ay nai-credit na po natin doon sa ating mga beneficiaries,” she added.

(Translation: More than half of our P1-billion budget, when we launched it last Wednesday, has been credited to our beneficiaries.)

While the grant is accessible through the LBP’s ATM system, Tamayo said the subsidy can only be used to purchase fuel and is monitored by the LBP.

(Translation: This cannot be withdrawn through an ATM or used to purchase other items. It is strictly a fuel subsidy, only used for purchasing fuel.)

If the funds are used for anything other than fuel purchases, Tamayo said the LBP will flag the erring transaction and the beneficiary will be summoned by the LTFRB.

(Translation: This will affect the government’s subsequent fuel subsidy program because we are discussing if we could continue this kind of program next year.)