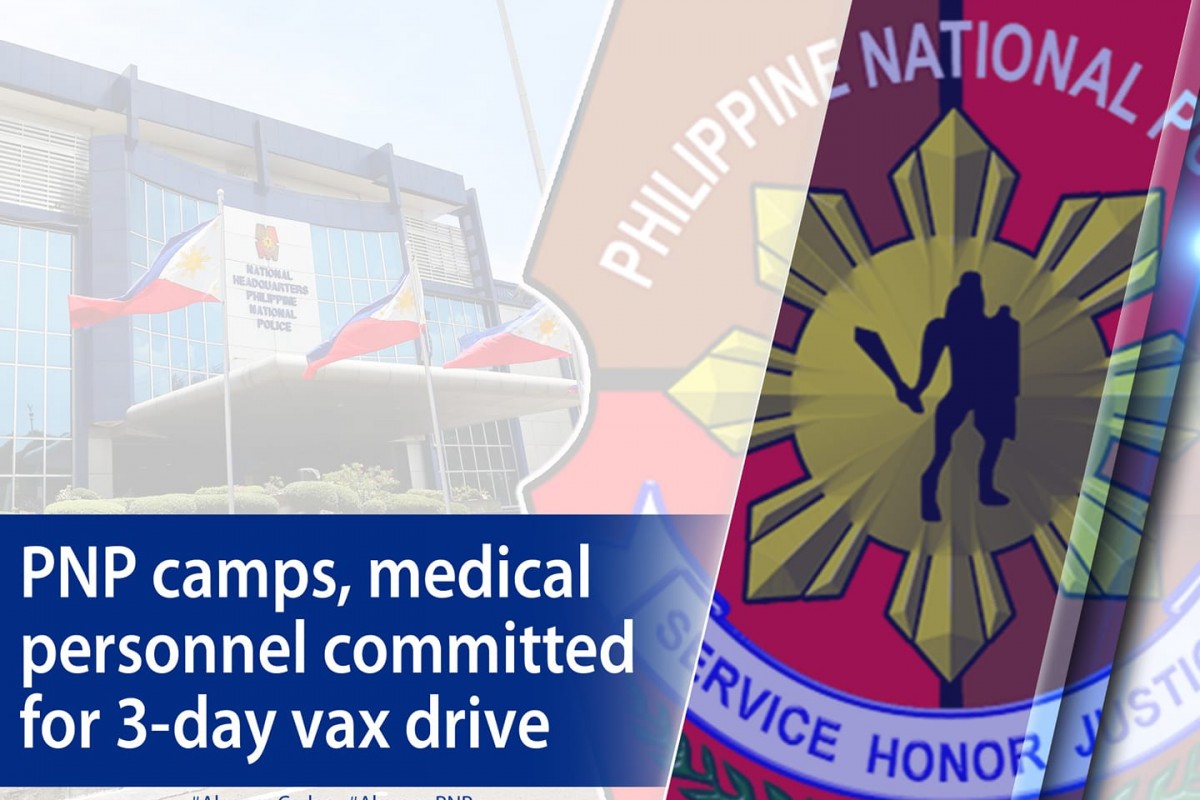 As the country accelerates efforts to inoculate more Filipinos against COVID-19, the Philippine National Police (PNP) will also take on the role of securing the areas where the nationwide vaccination drive will be held simultaneously.

The government has set November 29 to December 1 as National Vaccination Days that will allow a massive approach to administer vaccine doses in an initiative dubbed as “Bayanihan Bakunahan”, that health authorities expect to inoculate 15 million more Filipinos against COVID-19.

“These days are vital in our battle against this unseen lethal enemy. Aside from our deployment of personnel, we also offer our police regional headquarters as vaccination sites,” said PNP Chief General Dionardo Carlos noting that these venues are ready to cater people adhering to safety and health protocol.

Other PNP camps are also authorized provided that they have sufficient and qualified medical personnel to administer the inoculations.
THe PNP has mustered some 5,000 PNP personnel with medical-related education background into the PNP Medical Reserve Force, 300 of whom have received formal training with DOH as vaccinators.

Through its available grassroots network, the PNP will also will help in inviting the public to avail of the 3-day vaccination drive.
According to the Health Department’s data, currently there are a total of 30.4 million Filipinos who have been fully vaccinated. This is just 39.4% turnout from the target adult population. (PIA-NCR)