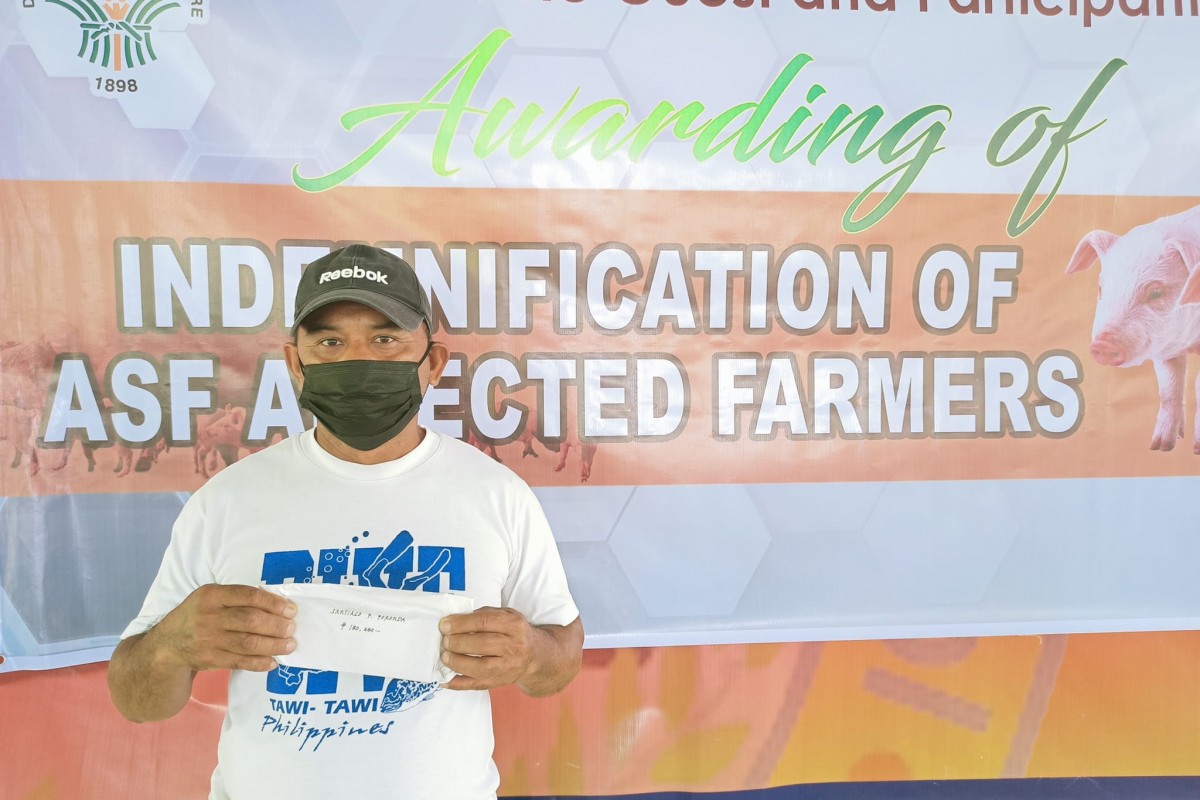 CITY OF ILAGAN, Isabela (PIA) - - At least 631 hog raisers whose pigs were culled due to African Swine Fever infection in Cauayan City recently received indemnification pay from the Department of Agriculture (DA) - 2.

Dr. Maneul Galang, veterinarian III and ASF Focal person from DA-2, said the DA has allotted P20,445,000 for the 631 ASF - affected farmers in Cauayan City where 4, 091 hogs were culled due to ASF infections.

"Today marks the start of massive distribution of indemnification for the farmers affected by ASF in the region," Galang said.

He said the DA Central Office through the Department of Budget and Management (DBM) released P161 Million from the President's Contingent Fund to cover the remaining indemnification pay of  unpaid farmers on or before December 15, 2021.

Santiago Foronda, a recipient of the assistance from barangay Maringuin, said that he will use the amount in his future swine raising business.

Officials of the City Government of Cauayan have conveyed their  gratitude to the DA-2 for giving the imdemnification pay which is badly needed by the ASF affected farmers to recover from their loses. (BME/MGE/PIA Isabela)