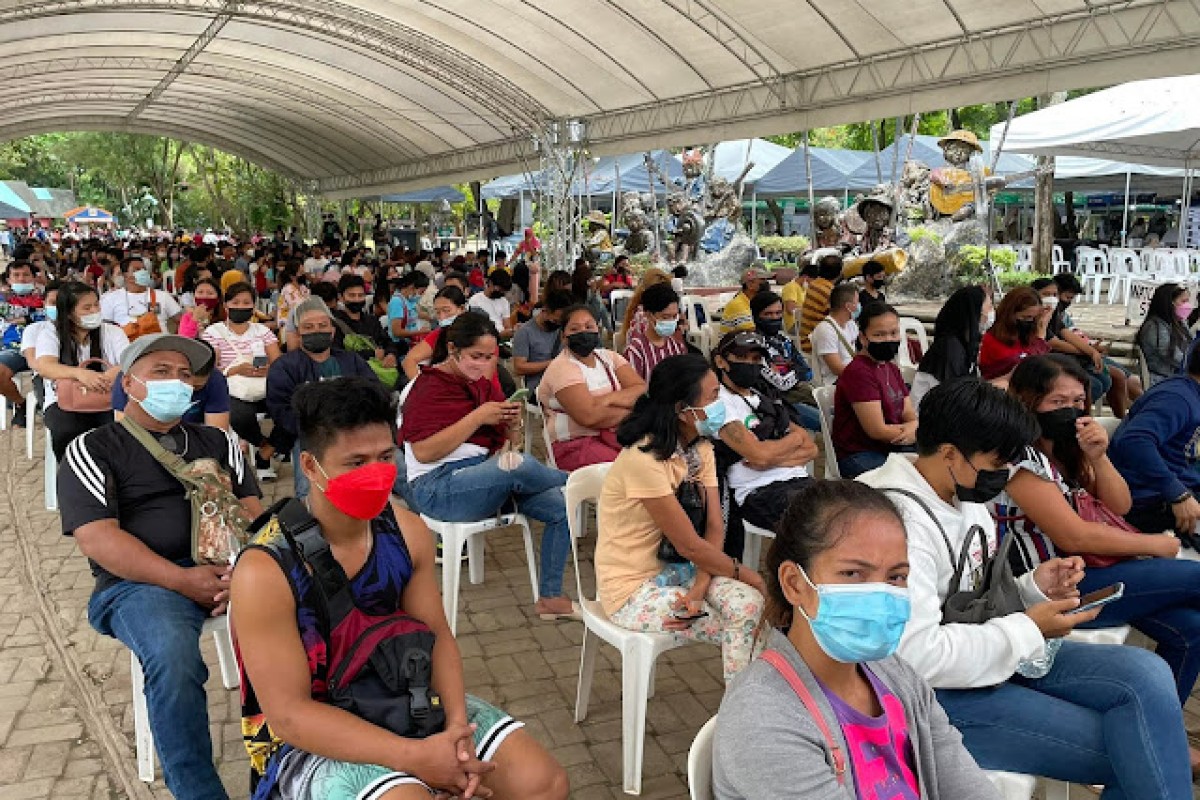 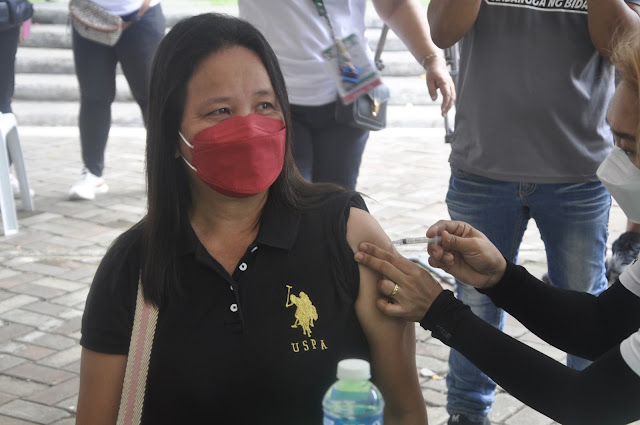 DAVAO CITY, November 29 (PIA) - At six in the morning, on the first day of the 3-day nationwide Bayanihan Bakunahan, Jessa Gomota left her new-born baby to her partner at home and proceeded to the People’s Park in Davao City where she would be getting her first dose of COVID19 vaccine.

She learned about the Bayanihan Bakunahan which runs from November 29 to December 1 on social media. Included in the announcement which she read is the vaccine brand that interested vaccinees will be able to get.

Gomota shared that she has long wanted to be vaccinated with a Pfizer brand. “ Naengganyo pud ko kay nahibal-an nako nga Pfizer and bakuna nga mahatag sa ako (I am enticed to really come here because I learned that we will be getting the Pfizer vaccine.),” she added.

Meanwhile, also amongst the crowd sitting patiently for their turn to get vaccinated was Rodelyn Gomez, a resident of Barangay Buhangin, Davao City.

Gomez admitted that she was one of those hesitant to get a COVID19 vaccine. Through time, she observed that almost all of her family members and colleagues in the church were vaccinated and got good results from it. That prompted Rodelyn to get inoculated during the first day of the Bayanihan Bakunahan at the People’s Park early today.

Zeinab Ali, a 56-year-old Moro resident of Barangay 23 Boulevard, Davao City tagged along some of her neighbors who also share the same religion and marched to the People’s Park early morning of November 29.

“ Nahuna-huna nako nga basin maka adto ko sa Saudi Arabia para mag Haj ug gikinahanglan nga makapabakuna nako. Sauna, hadlok ko magpabakuna. Akong huna-huna, basin mamatay ko kung magpabakuna ko. Karon lahi na akong huna-huna. Gusto nako magpabakuna. ( I am thinking of going to Saudi Arabia for Haj and I need to get vaccinated inorder to do that. Before, I was afraid to get vaccinated because I thought that I might die. I changed my mind. Now I wanted that vaccine.),” Ali said.

Jessa, Rodelyn, and Zeinab are among the hundreds of Dabawenyos who thanked the government for another chance given for those not yet vaccinated.

The government, through the Bayanihan Bakunahan 3-day nationwide vaccination activity, has mobilized all government assets including the private sector and the civic organizations to help in finding those unvaccinated, those hesitant, and those non-believers of the vaccine.

In Davao City, Mayor Sara Duterte sent her message for the attendees of the Bayanihan Bakunahan Kick-off ceremony.

“ May we see the importance of vaccines in our everyday lives especially with how these have created a considerable change in our city’s current situation and how best we can find ways to recover.”

Mayor Duterte thanked Dabawenyos  for the continuous support to the city’s vaccination drive as well as for the frontliners for always heeding the call to health and public service.

The official is hopeful that the Bayanihan Bakunahan will contribute to an easier and more smooth-sailing transition to the new normal especially that Davao City has already vaccinated more than 1 million individuals. (PIA XI/Frances Mae Macapagat)