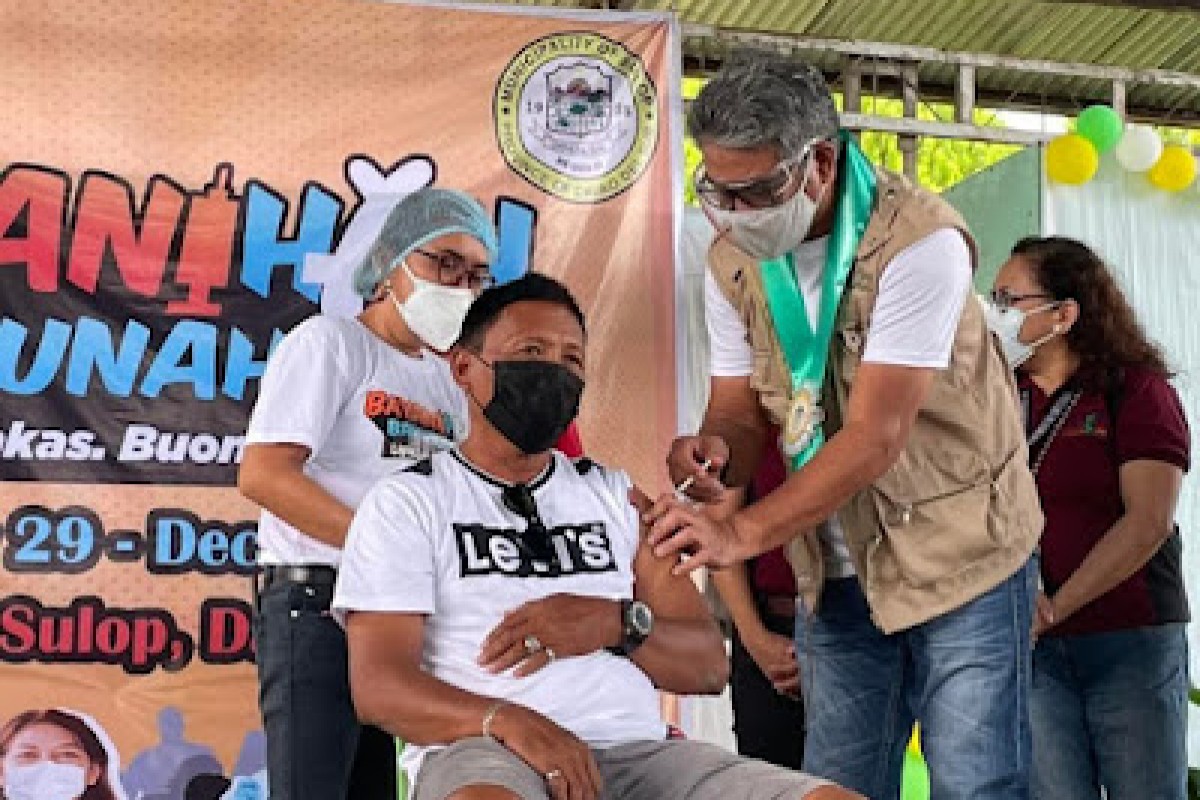 SULOP, Davao del Sur, Nov. 29 (PIA) – The officials of the Department of Health and the local government unit of Sulop in Davao del Sur, were happy to see the influx of eager residents to get inoculated during the provincial kick-off of the National COVID-19 Vaccination Days in said municipality.

Many eligible Sulopians have flocked to the Holy Cross of Sulop, where the kick-off ceremony took place, to take the chance of receiving their COVID-19 vaccines.

As of 6:00pm on November 29, Municipal Health Officer Dr. Fidel Marcelo Malate reported through a phone interview that from the five vaccination sites, a total of 1,277 Sulop residents have been vaccinated during the first day of the NVD.

Malate said that the number has so far been the highest recorded in a day of vaccination in the entire municipality. “The NVD activity has really helped a lot,” he stated.

Although initially, about 10,000 unvaccinated Sulopians were targeted to be inoculated during the three-day Bayanihan Bakunahan campaign, Malate clarified that it’s hard to target, but he was hoping to increase the accomplishment to at least 60 per cent of the total target population of more than 26,000.

He bared that before the NVD activity, the LGU has achieved 49% or 12,770 vaccinated population.

Apart from the fixed vaccination site at Holy Cross of Sulop, the LGU has opened a mobile vaccination in the following barangaysduring the first day of the NVD: Laperas, Harada Butai, Palili and Waterfall.

Health Undersecretary Dr. Abdullah Dumama, Jr. graced the ceremony and personally administered the vaccination of Diosdado Canete, a resident of Sulop who volunteered to get inoculated in the ceremonial vaccination.

Canete received his first dose of the Sinovac vaccine, saying that he was convinced to be vaccinated after learning of the advantages and efficacy of the vaccines against COVID-19.

Sulopian children ages 12 to 17 years old were also among those who have joined in the first day of the NVD in Sulop.

The children, escorted by their parents, received their first dose of the Pfizer BioNTech vaccine.

Jomari Reponte, 13 and Grade 8 student of Sulop National High School, has been excited as he has been waiting for this chance to come. After getting vaccinated, Jomari said he felt no pain other than the slight pain of the needle injection.

He said he decided to be vaccinated in preparation for the resumption of the face to face classes next year.

Jomari added that he will encourage his cousins and friends to also get inoculated and be protected especially when the face to face classes will soon resume.

Senior citizen Zenaida Ybanez, 64, said her first dose of vaccination in October this year was deferred due to fever. “Ako na lang ang wala nabakunahan sa akong pamilya (I’m the only unvaccinated in the family),” she shared.

Alexander Birao, 46, an owner of a sari-sari store, said that he only got his first dose this time also due to deferment because of hypertension.

Meanwhile, Mayor Jose Jimmy Sagarino was thankful to DOH for choosing Sulop as the kick off venue for the NVD activity in Davao del Sur.

“I believe, having Sulop as a venue, it will help us in our effort to vaccinate more and more Sulopians,” Sagarino stated in his message during the kick off rites.

Dumama has called on the Sulop constituents to participate in the national vaccination not only to protect themselves, but also to help the health frontliners. “Nakakaawa na ang ating mga frontliners. Hindi ko alam kung paano sila pasasalamatan.” (PIA-XI/Carina L. Cayon) 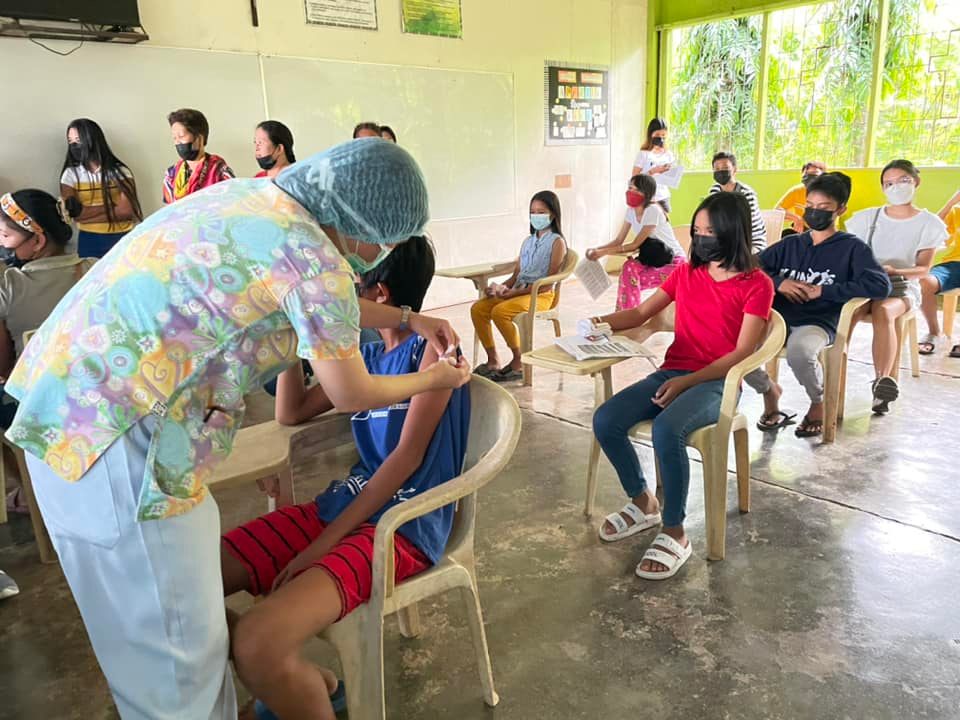