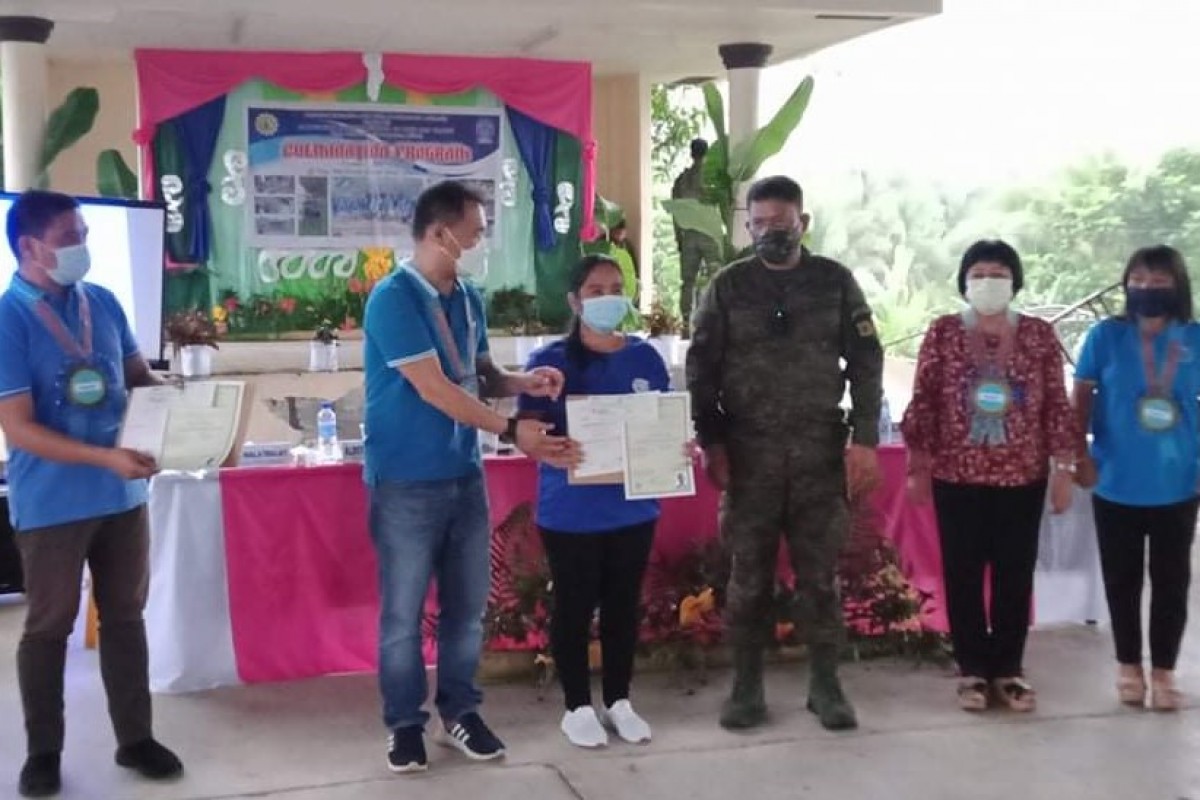 NAVAL, Biliran (PIA) -- Regional and provincial officials of the Task Forces to End Local Communist Armed Conflict (TFs ELCAC), who attended the culmination program of some 55 TESDA completers in the Province of Biliran, said one thing in common -- to use the livelihood skills gained to help improve their lives.

BGen. Zosimo A. Oliveros, commander of the 802nd Infantry Brigade, told the completers that the certificate they received and the skills they gained from the training should be put to use.

Biliran Vice-Governor Brigido "Kokoy" Caneja, who represented Governor Rogelio J. Espina in both culmination program, urged for sustainability of the program in the community as it would contribute to the peace and order situation and eventually help in the achievement of a more progressive province.

Caneja also announced to all the completers that Governor Espina has granted an additional daily allowance of P30.

The P30 daily allowance was given that day of the culmination.

For her part, TESDA Biliran Provincial Director Imelda C. Malatbalat said to the completers that the government will continue providing assistance, like technical assistance, to help improve the lives of the people in the community.

"As chair of the provincial Poverty Reduction, Livelihood and Employment Cluster (PRLEC) of the PTF-ELCAC in Biliran, we vowed together with other member agencies of the PRLEC to provide you other kind of training that would really help improve the lives of the members of the IPDWAs and the community they live in the province," she said.

One of the highlights of the culmination program was the distribution of some 50 heads of broiler chicks, one sack broiler chick feeds and a pack of medicine as starter implements to the completers of the training on Animal Production (Poulty-Chicken) NC II of Caibiran and Cabucgayan provided by TESDA-CNSAT Vocational School Administrator Lino R. Severino.