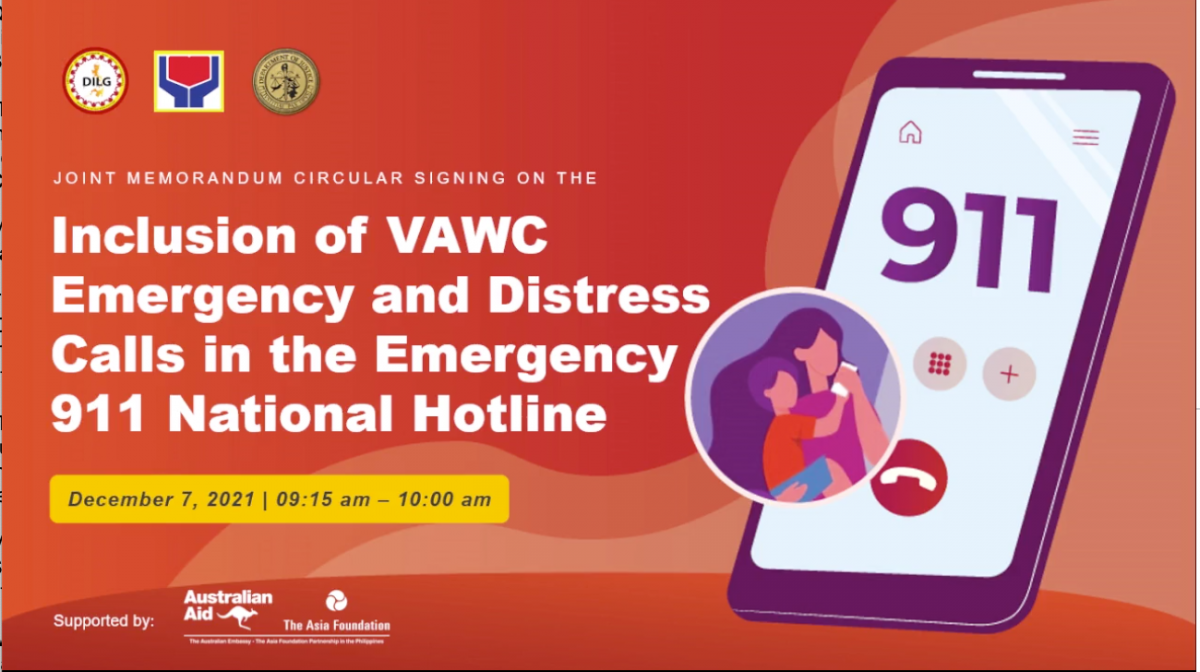 The Department of Interior and Local Government Unit (DILG), Department of Justice (DOJ), and Department of Social Workers and Development (DSWD) signed a joint memorandum circular (JMC) to implement a more inclusive response system for VAWC and GBV cases.

“The joint memorandum circular provides guidelines on how to conduct psychological first-aid in a survivor-centered manner in utmost consideration on the gender-sensitive response so that victims who will seek help through the hotline will be treated with confidentiality, respect, and dignity, which they truly deserve,” Montano stated.

“The inclusion of VAWC and GBV was born out of the alarming prevalence of crimes involving women and children victims, and the need to set up more effective and accessible reporting mechanism,” Philippine Commission on Women (PCW) Chairperson Sandra Montano said on Tuesday, December 7.

Montano also added that the emergency telecommunicators of 911 were trained on Sexual Orientation, Gender Identity, and Gender Expression (SOGIE), VAW, GBV, and other related laws and mechanisms, and principles of survivors-centered care.

“Any woman, victim-survivor, or informant can now call the 911 hotline whenever they find themselves or other people in a situation involving VAWC and GBV at home, in school, or work. Anytime, anywhere,” Montano emphasized. (MBP/PIA-IDPD)