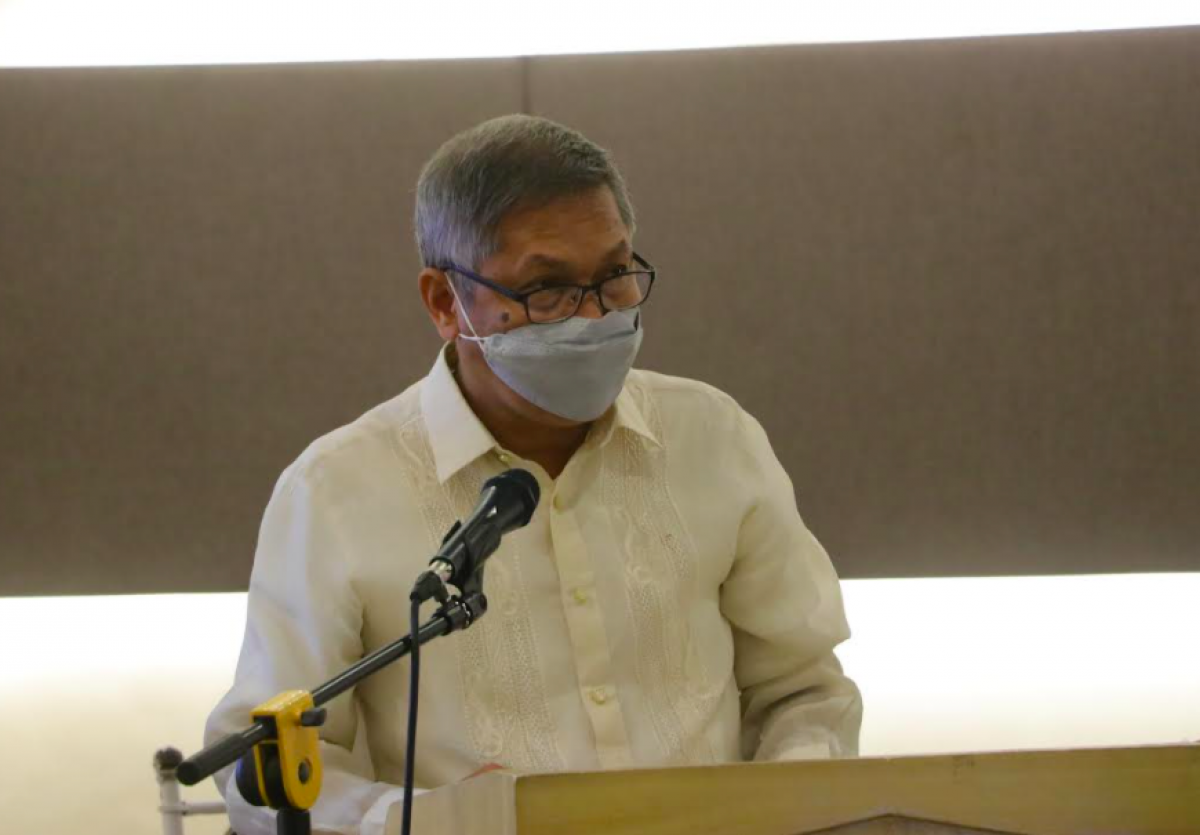 ILIGAN CITY (PIA)--The city's economy registered another growth in 2020 following its record in 2019.

This, after Philippine Statistics Authority (PSA) - Lanao del Norte Chief Statistical Specialist Osler Mejares reported during the Provincial Product Accounts (PPA) dissemination forum Thursday, December 9, that it hiked up by 1.4% in 2020, beating its growth record of 0.5% in 2019.

As per the compiled Gross Domestic Product (GDP), the services sector was noted to have the biggest share in the overall economy of the city with a three-year average share of 50.4%, followed by the industry, and agriculture, forestry and fishing (AFF) with 47.7% and 1.9% average shares respectively. 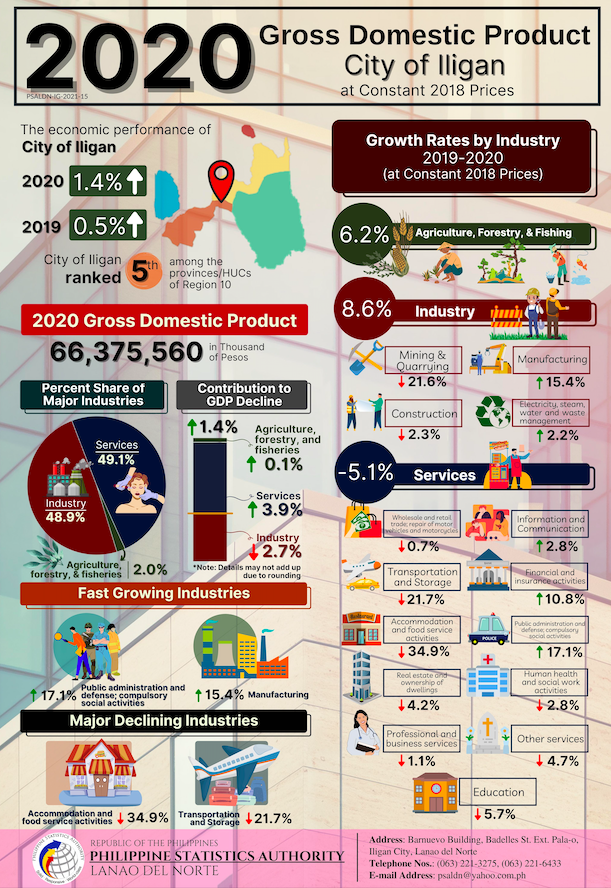 Mejares said the enlisted fastest growing industry in 2019 included professional and business services which was up by 17.6%, wholesale and retail trade and repair of motor vehicles and motorcycles by 14.1%, and financial and insurance activities by 11.5%.

In the following year, more industries logged growth in economic performance, such as the public administration and defense and compulsory social activities which went up by 17.1%, manufacturing by 15.4%, financial and insurance activities by 10.8%, AFF by 6.2%, information and communication by 2.8%, and electricity, steam, water and waste management by 2.2 percent.

Meanwhile, accommodation and food service activities was down by 34.9%, transportation and storage by 21.7%, and mining and quarrying by 21.6%.

In general, the city aided Northern Mindanao’s economy with a 0.10% increase in 2020 as the region’s Gross Regional Domestic Product (GRDP) contracted by 5.2% in the same year. Now, the city ranked fifth among the provinces and highly urbanized cities in the region in terms of share to the regional economy. (CRG/PIA-Lanao del Norte)