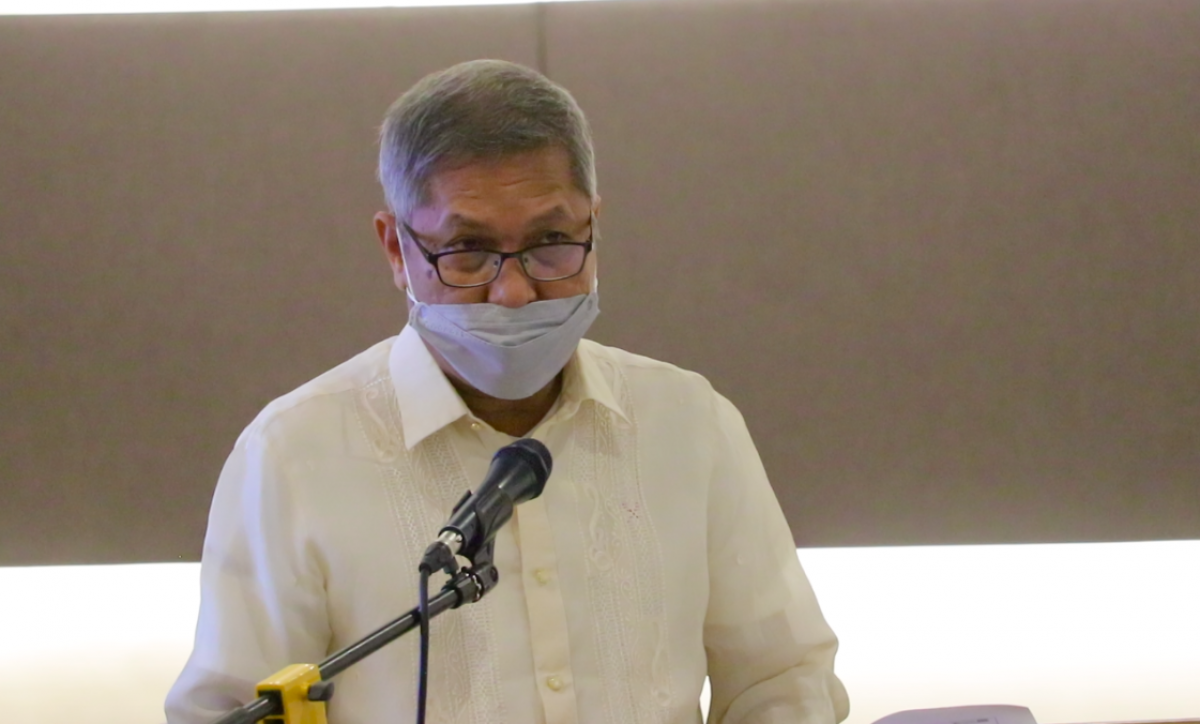 ILIGAN CITY (PIA)--Following the disclosure of the Gross Domestic Product (GDP) compilation result here, the Philippine Statistics Authority (PSA) reported that the province of Lanao del Norte logged contraction in its economy during the year 2020.

PSA-Lanao del Norte Chief Statistical Specialist Osler Mejares presented during the Provincial Products Accounts (PPA) dissemination forum Thursday, December 9, that the province grew by 3.8% in 2019 but declined by 4.7% in the subsequent year.

He said among the three major industries of the province, the sector of agriculture, forestry, and fishing (AFF) tallied the largest three-year average share of 43.5% with the services and industry coming next with average shares of 38.6% and 17.9%, respectively. 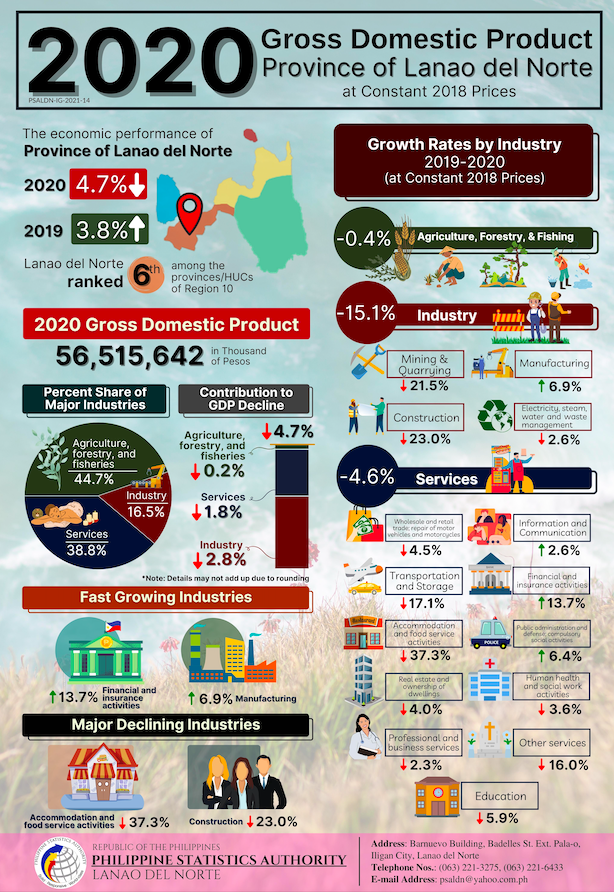 Accordingly, all three major industries climbed in 2019, noting specific industries with the highest growth rates including professional and business services at 78.1%, human health and social work activities at 13.8%, and public administration and defense and compulsory social activities at 12.7%.

But the said three major industries went down in 2020 with the industry sector jotting the fastest decline in 2020 by 15.1%, followed by the services by 4.6% and the AFF by 0.4%. Particular top industries with the fastest decline constituted accommodation and food service activities down by 37.3%, construction by 23%, and mining and quarrying by 21.5%.

Mejares said although the province’s overall economic performance was pulled down, it still had growth in other industries such as financial and insurance activities up by 13.7%, manufacturing by 6.9%, public administration and defense and compulsory social activities by 6.4%, and information and communication by 2.6%.

With the collected data, Lanao del Norte is to have contributed ranked sixth among the provinces and highly urbanized cities in the region in terms of share to the regional economy, and contributed 2.03 percentage points in the overall economic performance of Northern Mindanao which likewise declined by 5.2% from its economic growth of 5.6% in the prior year. (CRG/PIA-Lanao del Norte)