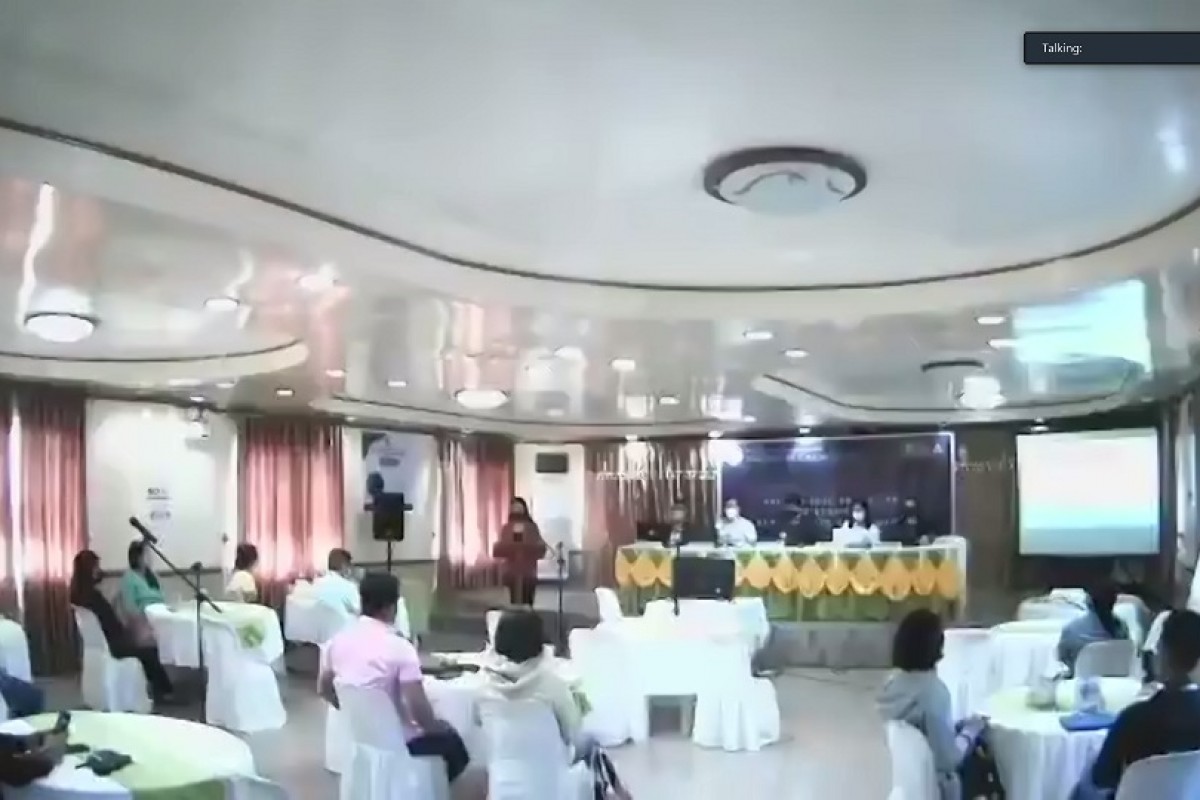 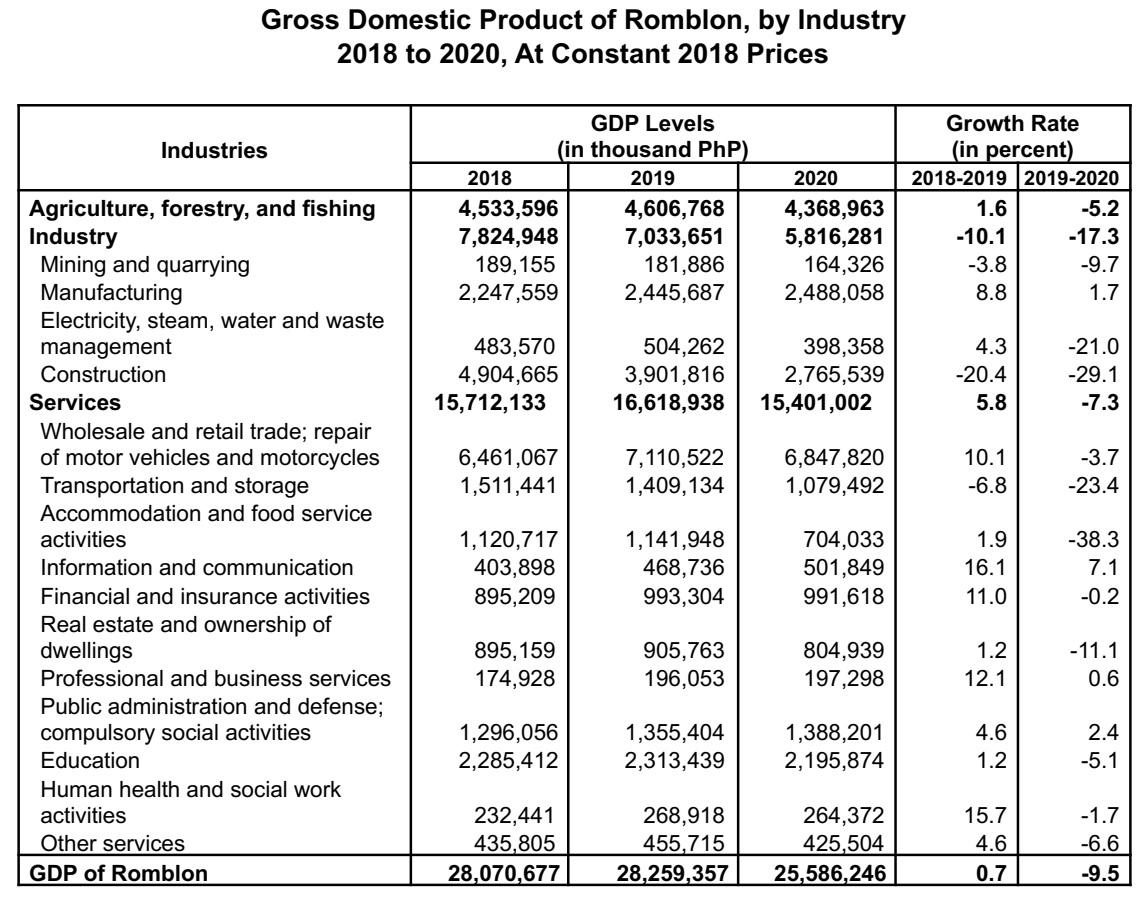 ODIONGAN, Romblon (PIA) -- The Philippine Statistics Authority (PSA) recorded a decline of -9.5 percent in Romblon's Gross Domestic Product (GDP) in 2020, the year the province declared strict lockdowns and shut its doors to domestic travel during the onset of the COVID-19 pandemic.

During the 2020 Provincial Product Accounts Dissemination Forum held in Odiongan, Romblon on December 10, the PSA reported that the GDP of Romblon is estimated at 25.6 billion pesos in 2020.

The GDP provides a comprehensive measure of economic activity. It measures the value of all final goods and services produced within the economy in a given period of time.

Among major industries, Romblon's economy was driven by Services, which accounted for more than half of the province's total economic output with an annual average share of 58.3 percent from 2018 to 2020.

Services expanded by 5.8 percent, and AFF grew by 1.6 percent, in 2019. However, they suffered declines in the following year at -7.3 percent and at -5.2 percent, respectively. On the other hand, Industry further declined by 17.3 percent in 2020, from its -10.1 percent growth rate in the previous year.

In 2019, almost all industries posted positive growths. Wholesale and retail trade; repair of motorcycles, which comprised the biggest share of the province’s economy, contributed the most with 10.1 percent. Meanwhile, Information and communication recorded the fastest growth, with 16.1 percent. This was followed by Human health and social work activities, with 15.7 percent. On the other hand, industries that posted contractions were: Construction, at -20.4 percent; Transportation and storage, at -6.8 percent; and Mining and quarrying, at -3.8 percent.

In 2020, the main contributors that pulled down the industry growth rates were: Construction, at -29.1 percent; Accommodation and food service activities, at -38.3 percent; and Transportation and Storage, at -23.4 percent.

The PSA also shared that the province is the fifth contributor among the five provinces and one highly urbanized city (HUC) in the MIMAROPA region, with an average share of 7.3 percent from 2018 to 2020.

Starting this year, PSA will be releasing annually the provincial level economic performances of the identified pilot provinces and HUCs. The Province of Romblon is one of the pilot provinces for PPA in 2021.

In accordance with the Republic Act No. 10625 or The Philippine Statistical Act of 2013, PSA is tasked to compile and maintain macroeconomic accounts and indicators, at the national and subnational level. At the provincial level, the Provincial Product Accounts (PPA) is the tool to measure the economic performance of the province or highly urbanized cities (HUCs) at a given time. (PJF/PIA Mimaropa)