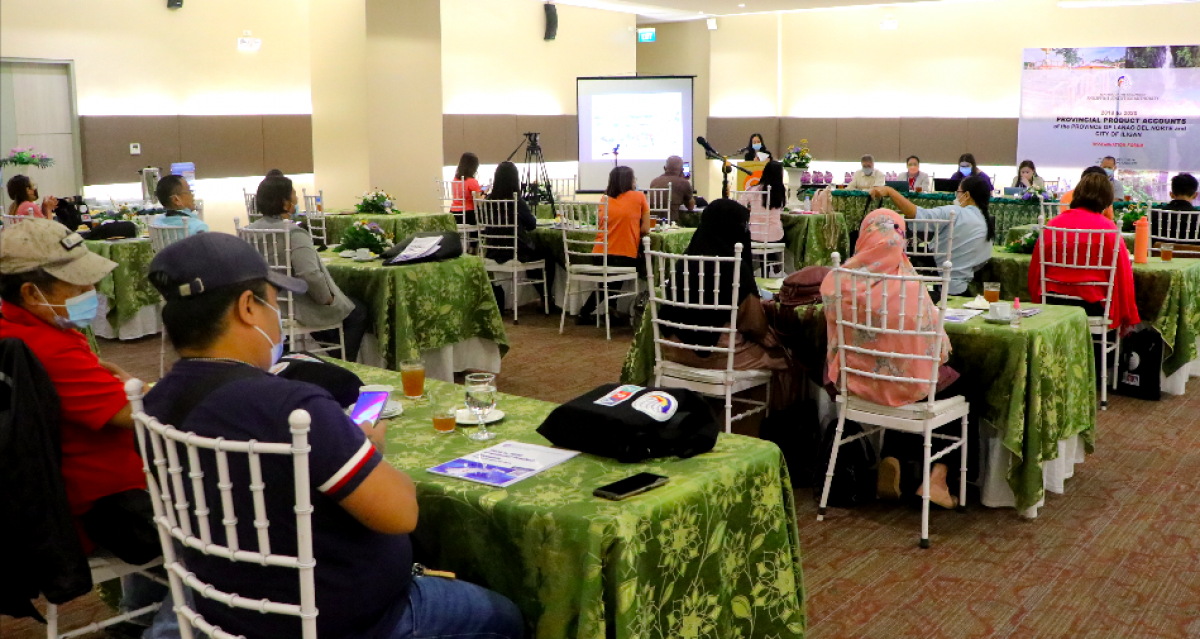 PSA National Statistician and Civil Registrar General Usec. Claire Dennis Mapa stated that as the PPA is consistent with the Gross Regional Domestic Product (GRDP) and Gross Domestic Product (GDP) at the national level, this intends to present a comprehensive picture of the provincial qualities with the provision of suitable measures and assessment of the provinces and highly urbanized cities’ (HUCs’) economic performance.

“As the main indicator of economic situation of provinces, the provincial product accounts will serve as an important tool in economic planning and policy formulation at the subregional levels to supplement the GDP at the national and regional levels,” he said in his video message during the PPA dissemination forum Thursday, December 9.

Such was affirmed by PSA-10 Chief Statistical Specialist and Officer-in-Charge Janith Aves as she also stressed that the compilation of data on various industries and economies in each target province and HUC paved the way for an extensive summary measure of the GDP.

The Provincial Product Accounts (PPA) dissemination forum in Iligan City on Thursday, December 9 this year is spearheaded by the Philippine Statistics Authority (PSA), and attended by the municipal, provincial and city government representatives. Such an event is part of the intensive release of PPA results in Northern Mindanao, one of the pilot regions implementing the PPA. (Angelo D. Dologmandin/PIA-Lanao del Norte)
Delete

Accordingly, the national line agencies alongside municipal and city governments provide data to be compiled by the PSA to estimate and release reports on the economic performance which will then be analyzed to implement necessary and relevant focused intervention programs to further improve its economic situation.

Aves further emphasized that although the PPA only releases general summary tables for the GDP of provinces and HUCs and does not specifically tackle those of municipalities and component cities, this still remains beneficial to all as everyone will be the direct beneficiary of the intervention programs to be pursued within the province or the HUC.

With the PPA able to live out its goals, it is seen to be a breakthrough in the economic account statistics of the country. As such, the PSA conveyed it is now ready to be carried on in six additional regions in 2022, particularly in the Cordillera Administrative Region (CAR), Cavite, Laguna, Batangas, Rizal and Quezon (CALABARZON), Western and Eastern Visayas, Davao region, and South Cotabato, Cotabato, Sultan Kudarat, Sarangani and General Santos (SOCCSKSARGEN), and in 2025, it shall hopefully be pursued nationwide.