CABARROGUIS, Quirino (PIA) - - Department of Agriculture Secretary William Dar has expressed his heartfelt gratitude to the provincial leaders here for  accepting the challenge to be the first to implement the Province-Led Agriculture and Fisheries Extension System program, a collaboration between the DA and the local government units to bring extension services to the grassroots level amid the challenges of devolution.

In his message, Dar said the PAFES is under the Mandanas Ruling released by the Supreme Court wherein the local government will serve as frontliners in the agricultural development and extension delivery system although DA will still be extending assistance to ensure successful implementation of projects.

“The development of a province lies on the leadership of the governors with the support of the Sangguniang Panlalawigan and so when I was appointed as Secretary of DA, one of my programs is piloting the PAFES and it is now on its third year,” Dar said.

Dar added that through the learning from the pilot implementation, the DA will now be more ready to make PAFES possible all over the country in 2022.

“This is the very purpose of our PAFES memorandum of agreement with the provincial government and bringing together all the various stakeholders in agriculture and fisheries so that if they have interventions and programs of national point of view,  we can jointly formulate,  but these will be under leadership, and chairmanship of the provincial government,” Dar said.

Furthermore, Dar said there will be co-project development, co-investment, co-monitoring and evaluation with the LGUs as implementers and DA. Gov. Dax Cua in his message during the Launching of Province-Led Agriculture and Fisheries Extension System Model in Quirino (PAFES-Quirino)
Delete

For his part, Governor Dax Cua has expressed happiness on the visit of Dar and other officials and representatives saying that their presence served as an inspiration, a hope that there is future beyond African Swine Fever, COVID 19 pandemic and other problems in agriculture.

On the other hand, Rep. Junie Cua thaked DA for choosing Quirino as a pilot area for this transition under the PAFES program as a way of preparing the local government units in a transition to more devolution of agricultural activities and functions of government.

“So we realize the importance of an effective extension in order that our farmer and fisheries will be able to fully take advantage of technology  through  teaching our farmers the modern ways of increasing agricultural productivity for we all  believe and subscribe to the fact that we now live in a world where technology is so important,” Rep. Cua said.

The representative has assured his support to the program as he believes that this is the correct directions today, full and complete inclusion with a partnership and cooperation between national and local government. (MDCT/TCB/PIA Quirino) 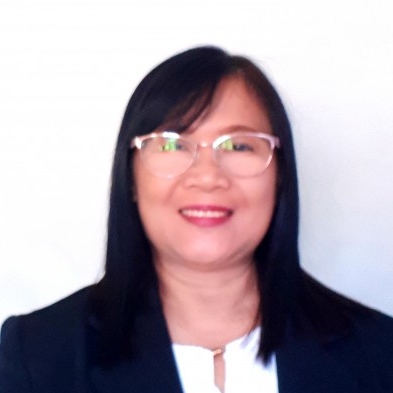