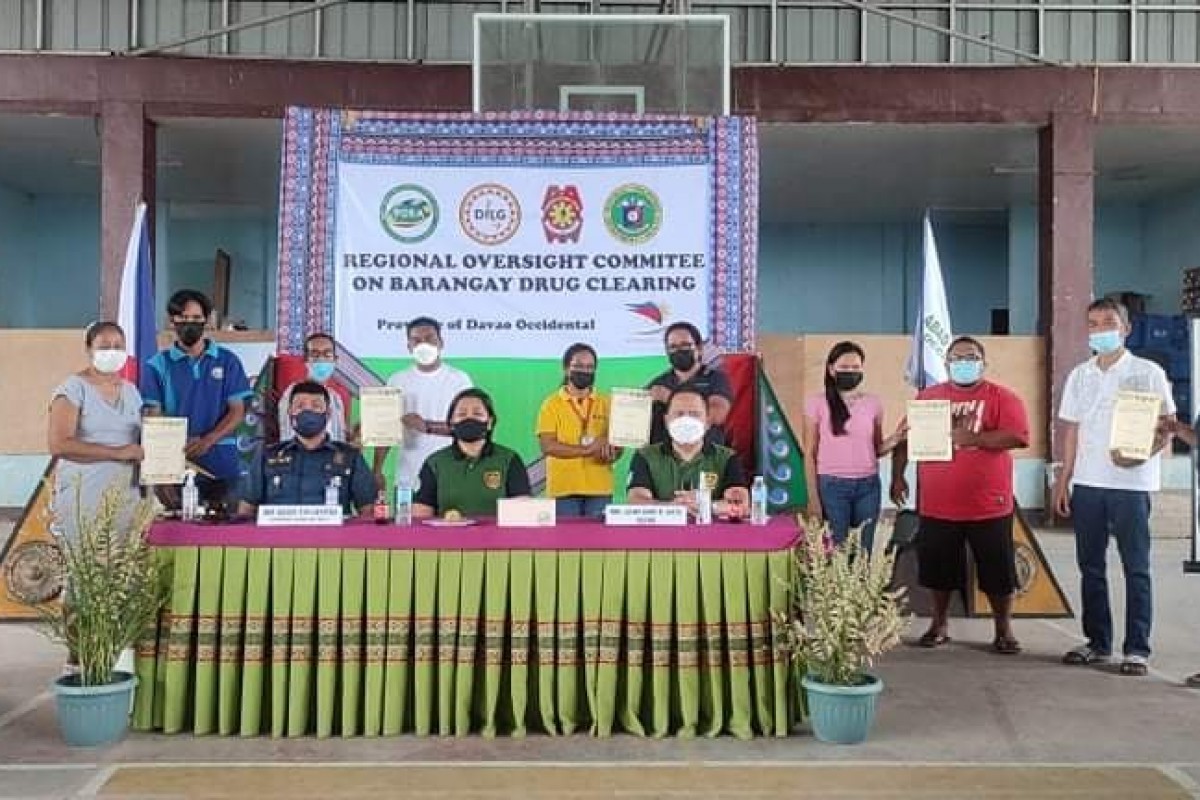 The ROCBDC members, chaired by Regional Director Aillen T. Lovitos of the Philippine Drug Enforcement Agency Region XI (PDEA-XI), convened and deliberated the documentary requirements of the involved barangays on December 6, 2021 at the barangay gymnasium of Barangay Caburan Small in JAS.

According to a press release from PDEA-XI, the regional oversight committee concluded that the applicant barangays have satisfactorily complied with the required documents for drug-cleared barangay set by PDEA Memorandum Circular Number 2020-041 and Dangerous Drugs Board Regulation Number 4, Series of 2021.

These regulations formally declared the 16 barangays as drug-cleared effective December 6, 2021.

Apart from PDEA, the other members of the ROCBDC are the Department of Interior and Local Government, Police Regional Office, Department of Health and the local government unit.

JAS Mayor Jason John A. Joyce, who attended the deliberation and declaration rites, expressed his gratitude to the committee for their collaborative efforts that made the 16 barangays drug-cleared.

The members of the Municipal Anti-Drug Abuse Council (MADAC), barangay officials, functionaries and other stakeholders of JAS also witnessed the activity.

The municipalities of Malita and Sta. Maria have earlier been declared as drug-cleared towns in the province of Davao Occidental, bared PMaj. Mark A. Janolino, acting chief of the Provincial Community Affairs and Development Unit of the Davao Occidental Police Provincial Office.

Janolino said that the barangays in other municipalities such as in Don Marcelino and Sarangani, as well as in JAS, are also on the process of barangay drug clearing in an aim to be declared as drug-cleared.