DAVAO CITY, Dec. 16 (PIA) - The local government unit of Digos City in Davao del Sur has been conferred as the 1st most improved LGU under the component cities category during the recently concluded 9th Regional Cities and Municipalities Competitive Index (CMCI) awarding.

The Digos City LGU was among the 150 LGUs which received the CMCI recognition.

In a video message posted on Facebook, Digos City Mayor Josef Fortich Cagas expressed his gratitude for the said award and committed to maintain and improve the CMCI ranking of Digos City in the next years.

“In behalf of the entire City Government of Digos, I would like to extend my warmest gratitude and appreciation to this recognition. This award will inspire and motivate us to work harder and smarter as we continue to aim to provide a better life for our people,” Mayor Cagas stated.

During a courtesy visit on Tuesday (Dec. 14), Provincial Director Maria Victoria Placer of the Department of Trade and Industry Davao del Sur Provincial Office congratulated the mayor for the feat.

On his part, Cagas expressed his commitment to DTI in supporting the programs on competitiveness, investment promotion and micro small and medium enterprise (MSME) development.

Earlier this year, Cagas requested the DTI-Davao del Sur to assist the LGU in improving their CMCI rankings especially in data gatherings.

The city government of Digos has not only been conferred of the CMCI award this year, but has also bagged two other awards.

It received the Civil Service Commission’s National Recognition as the only agency and LGU that has a remarkable effort in implementing Anti COVID-19 programs and facilities.

The LGU also placed number one in the city category of efficient collection of business tax, fees and charges and economic enterprise which was awarded by the Bureau of Local Government Finance XI (BLGF-XI). (PIA-XI/Franchette Delfin) 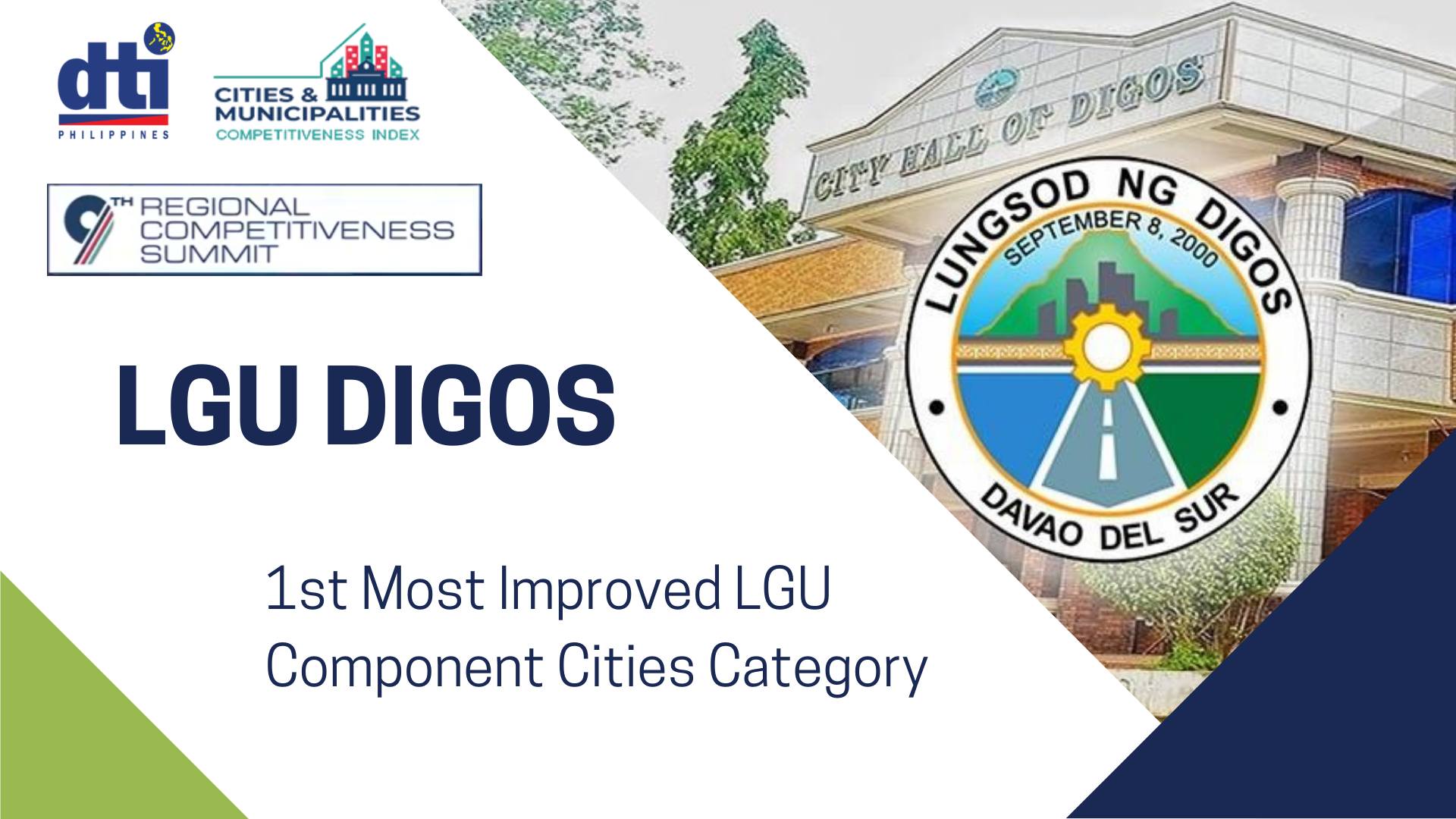 The local government unit of Digos City in Davao del Sur has been conferred as the top most improved LGU under the component cities category during the recently concluded 9th Regional Cities and Municipalities Competitive Index (CMCI) awarding. (Graphic by DTI-XI)