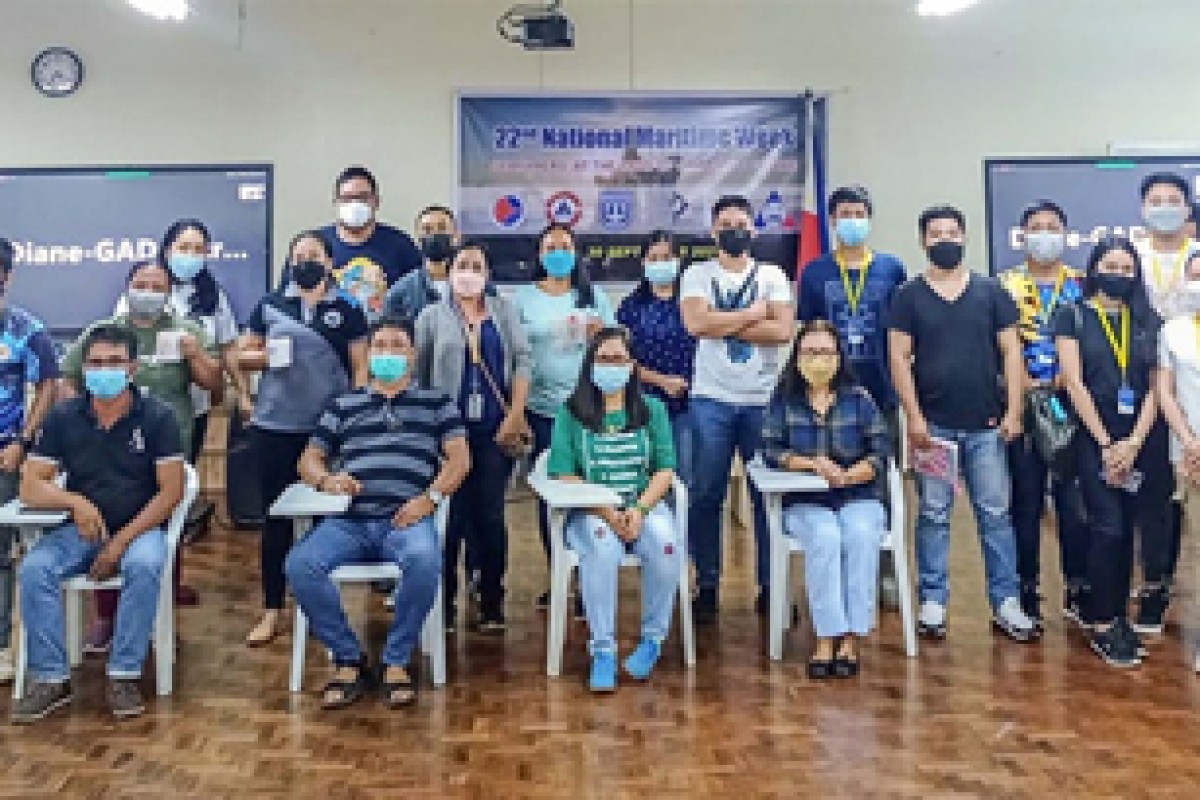 TACLOBAN CITY (PIA) -- The National Maritime Polytechnic (NMP), a training center for seafarers in Tacloban City joined other advocates in the campaign to end Violence against Women and their Children (VAW).

This is part of their advocacy for Gender and Development (GAD), said Executive Director Joel Maglunsod.

The NMP personnel attended a webinar on Anti-Violence against Women and their Children Act of 2004 or the Republic Act (RA) 9262 and Introduction to GAD Concepts and Sexual Orientation, Gender Identity, Gender Expression and Sex Characteristics (SOGIESC) held on November 27, 2021.

This activity also supported the 18-Day Campaign to End Violence Against Women (VAW) of the Philippine Commission on Women (PCW) that started from  November 25 to December 12, 2021.

Participants involved the NMP employees, seafarer-trainees of the different maritime courses of the agency, as well as the faculty members, instructors and cadets of the Palompon Institute of Technology in Palompon, Leyte and the Mariner’s Polytechnic Colleges Foundation in Camarines Sur.

The local government officials of Barangay 97 Cabalawan, Tacloban City also attended the webinar with the end goal of promoting a VAW-free community.

Executive Director Joel B. Maglunsod stressed in his opening message the need to respect the rights of each individual regardless of gender.

He also said the agency has been very active in raising awareness to end any kind of violence against women.

“May this activity bring about a change in mindset and perspective that violence against women and girls is a criminal offense and is punishable by law,” said Maglungsod.

“We would like to highlight that people have diverse sexual orientation and gender identity and expression or SOGIE, and it is our responsibility to acknowledge, understand, accept and respect differences,” Maglunsod added.

Through the webinar, the participants were reminded that no one, regardless of their gender orientation should suffer from any sexual aggression.

People should come as one community and unite to end any form of gender-based violence, one webinar speaker emphasized.

As she shared a quote from Eve Ensler, “Unless men are active allies, we’ll never end violence against women and girls.”

With this, she urged everyone to always keep a straight forward path to fight for women and children’s rights and end gender discrimination to have a violent-free community.

Meanwhile, NMP continues its regular conduct of free Gender Sensitivity Training for Seafarers (GSTS). For more information and updates about NMP trainings, visit the NMP website at www.nmp.gov.ph/ or https://register.nmp.gov.ph/ to register online, while the ongoing and completed researches can be accessed through our e-Research Portal at https://research.nmp.gov.ph/. (PIA with reports from NMP)