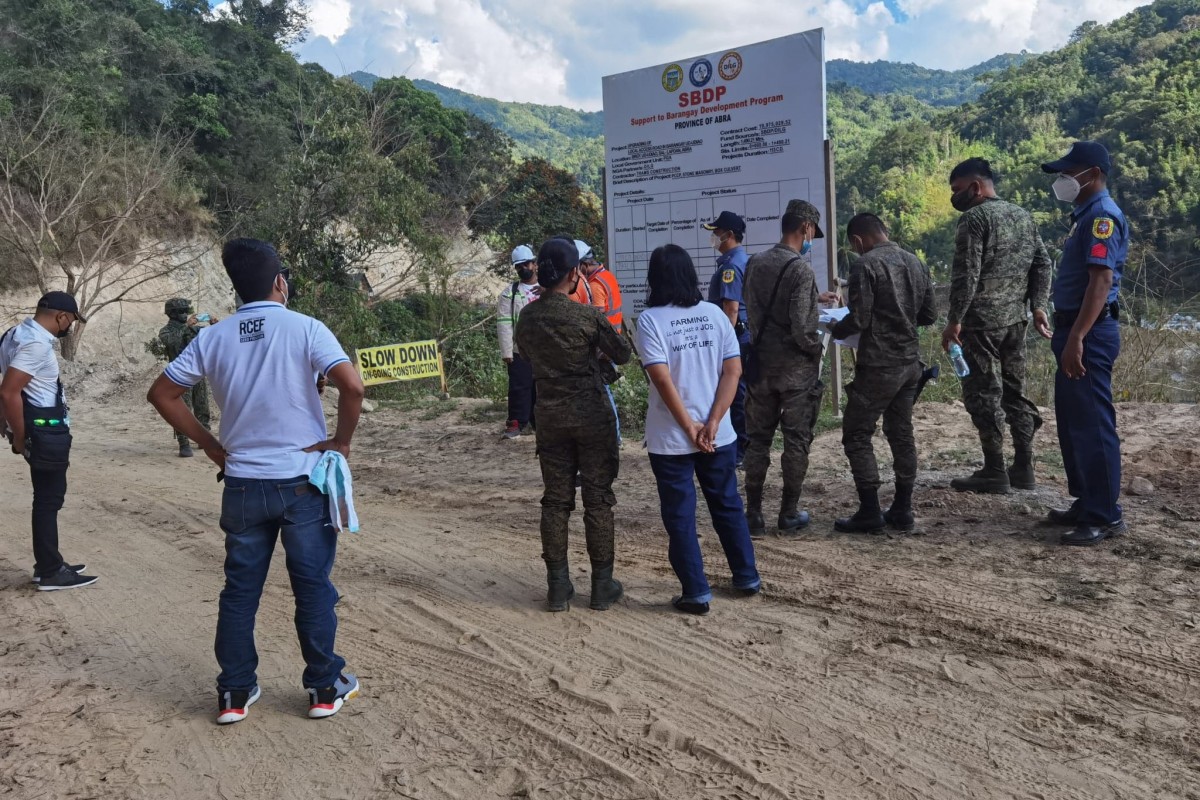 BANGUED, Abra(PIA) - - The Department of  the Interior and Local Government (DILG)  and the Provincial Engineering Office  recently gave updates on the status of projects  under the Support to Barangay Development Program (SBDP) of the national government  in Abra,  in line with Executive Order 70 of President Rodrigo Duterte in ending the more than 50 years insurgency problem in the country.

All located in the uplands, four barangays in Malibcong namely Duldulao, Buanao, Bayabas, and Dulao and two barangays in Sallapadan - Naguilian and Ud-udiao - are recipients of the 18 SBDP projects identified by the community themselves. Each barangay is allotted P20 million for the priority projects.

DILG Abra Provincial Director Millicent Carino reported that of the18 projects, two were already completed, the upgrading of local access road in Induyas, Naguilian and the road upgrading and improvement of Gasek to Nagamsan in Buanao, Malibcong.  Theses projects were inspected by some members of the National, Regional and Provincial Task Forces in Ending Local Communist Armed Conflict (ELCAC) last week.

In support to agricultural production is   a rice harvester for Naguilian which was already purchased and delivered to farmer-recipients, and awaiting training for its operation and maintenance

A one-storey school building for each of   barangays   Bayabas, Dulao and Duldulao are   awaiting approval from the Department of Budget and Management with the change in project title and description indicating some funding adjustments.

These SBDP projects are being implemented by the provincial government through the PEO.

The SBDP is  intended for barangays which used to be identified as communist terrorist group or insurgent areas and were cleared following a process under the Retooled Community Support Program led by the DILG, in partnership with the Philippine Army and the Philippine National Police.

Aquino Bagayao, a resident of Ud-udiao, Sallapadan looks forward to better roads and transportation with the improvement of local access road in his locality. (JDP/SCA-PIA-CAR, Abra) 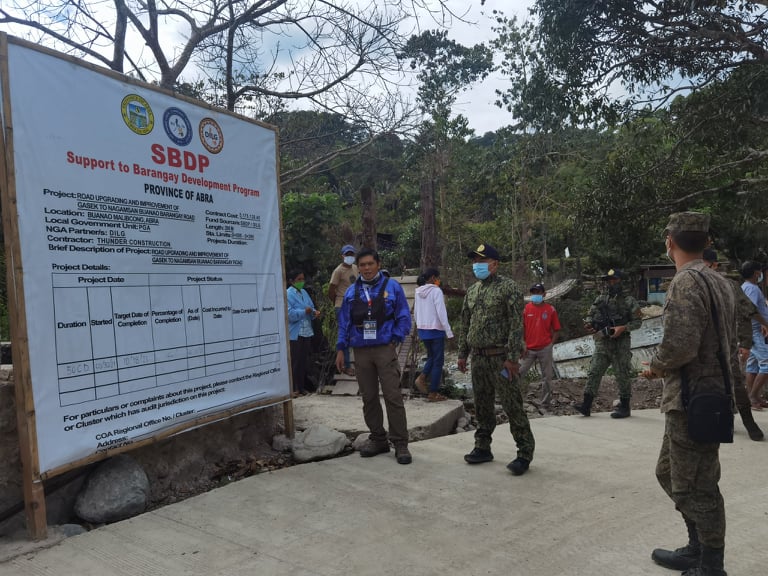 One of the road projects completed under the Support to Barangay Development Program in Abra is the upgrading and improvement of Gasek to Nagamsan Barangay Road in Buanao, Malibcong. It spans a total of 295 meters.
EditDelete 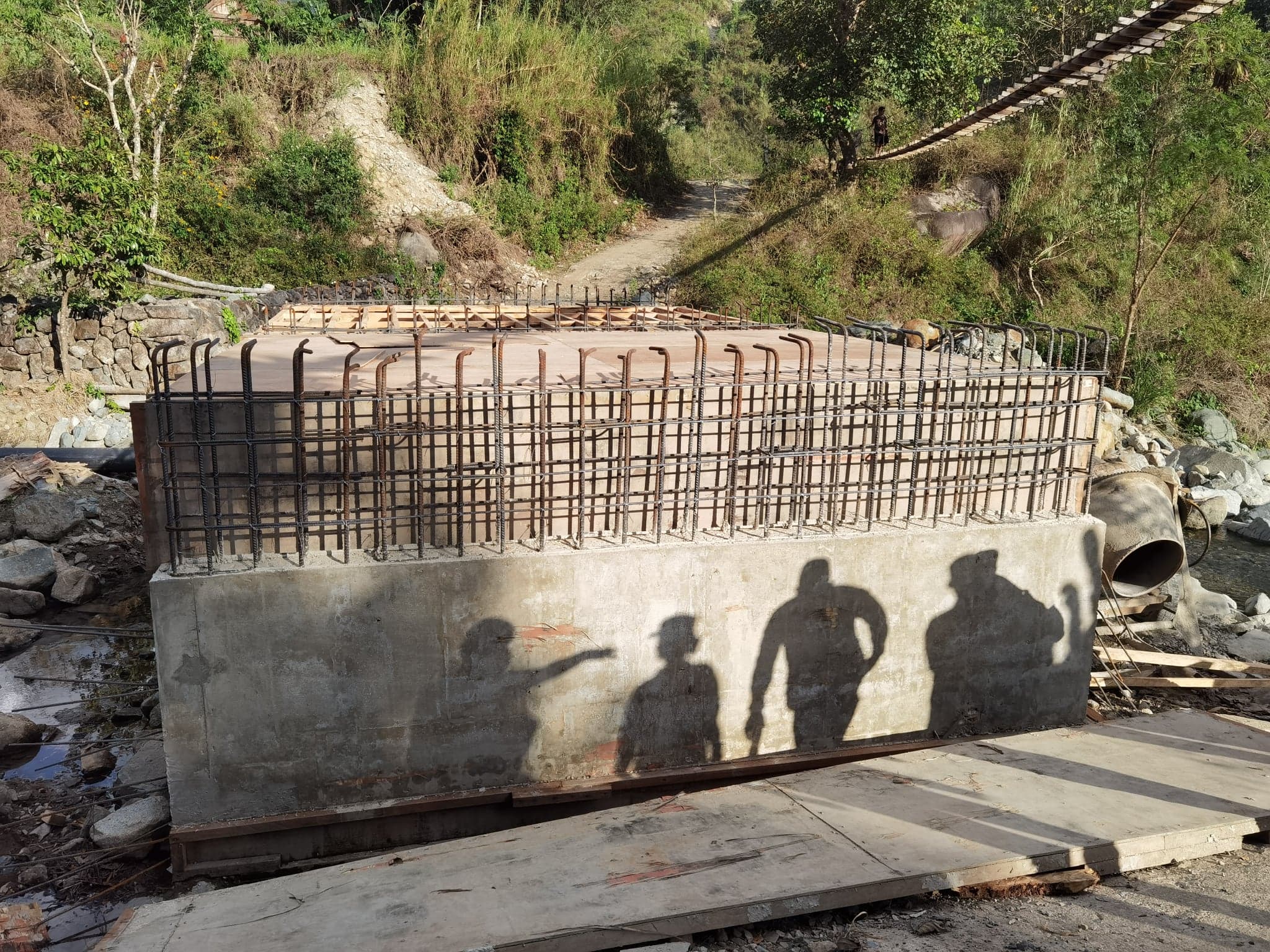