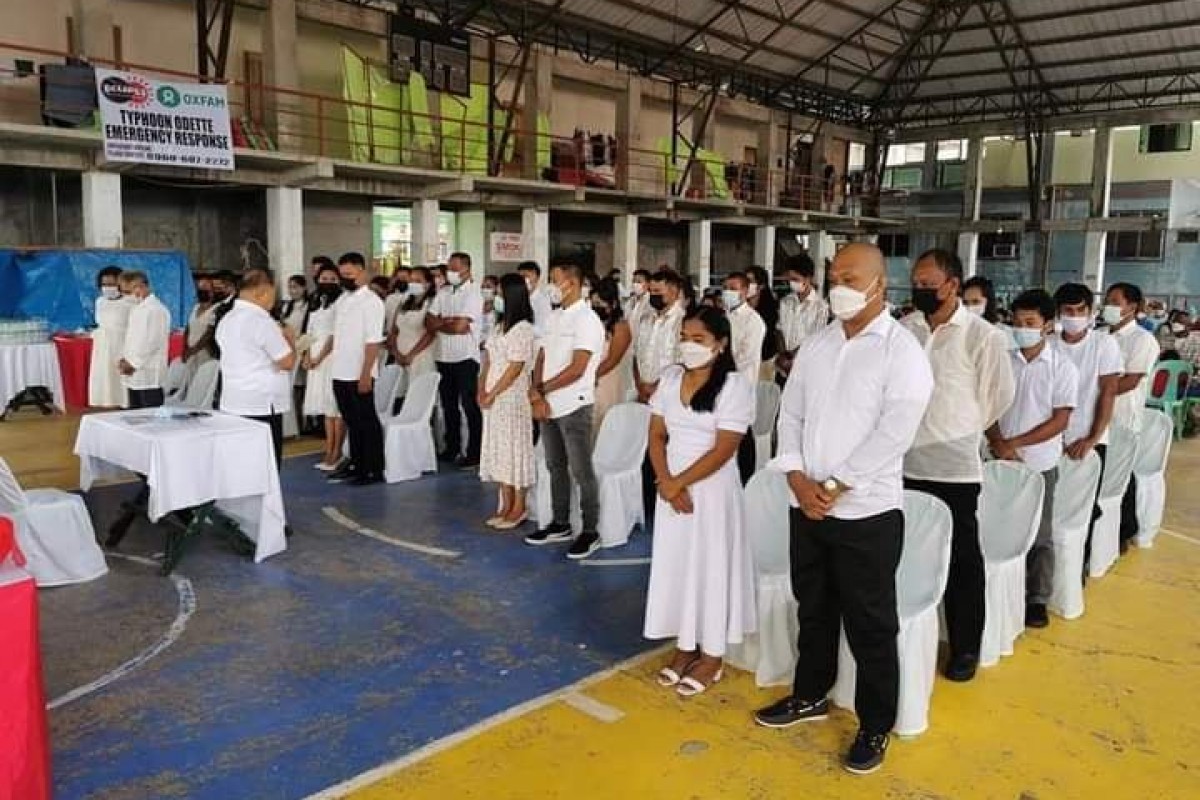 PADRE BURGOS, Southern Leyte (PIA) -- The local government unit here on January 19 initiated a mass wedding for free for couples living together out of wedlock, so their union can be made legal,  their offspring can have names.

The marriage ceremony for 18 willing partners with consent was held at the town's gymnasium and was officiated by Mayor Hermenigildo Culpa, said Renan Maglinte, municipal civil registrar, in a report by Radio Pilipinas reporter Dahlia Orit.

A pre-marriage orientation served as basis in the selection for inclusion of those who have decided to be hitched for good, Maglinte shared.

Every February, Padre Burgos LGU usually holds a civil wedding as part of the activity in observance of Civil Registration Month, but this time it was held in January, earlier than the usual practice.

The event was also done under a lingering threat of CIVID-19 virus and a shadow of destruction in the aftetmath of typhoon Odette.

The added bonus was that the LGU footed the bill for the dinner reception using the budget from its Gender and Develolment (GAD) funds, it was learned. (LDL/MMP/PIA8-Southern Leyte)