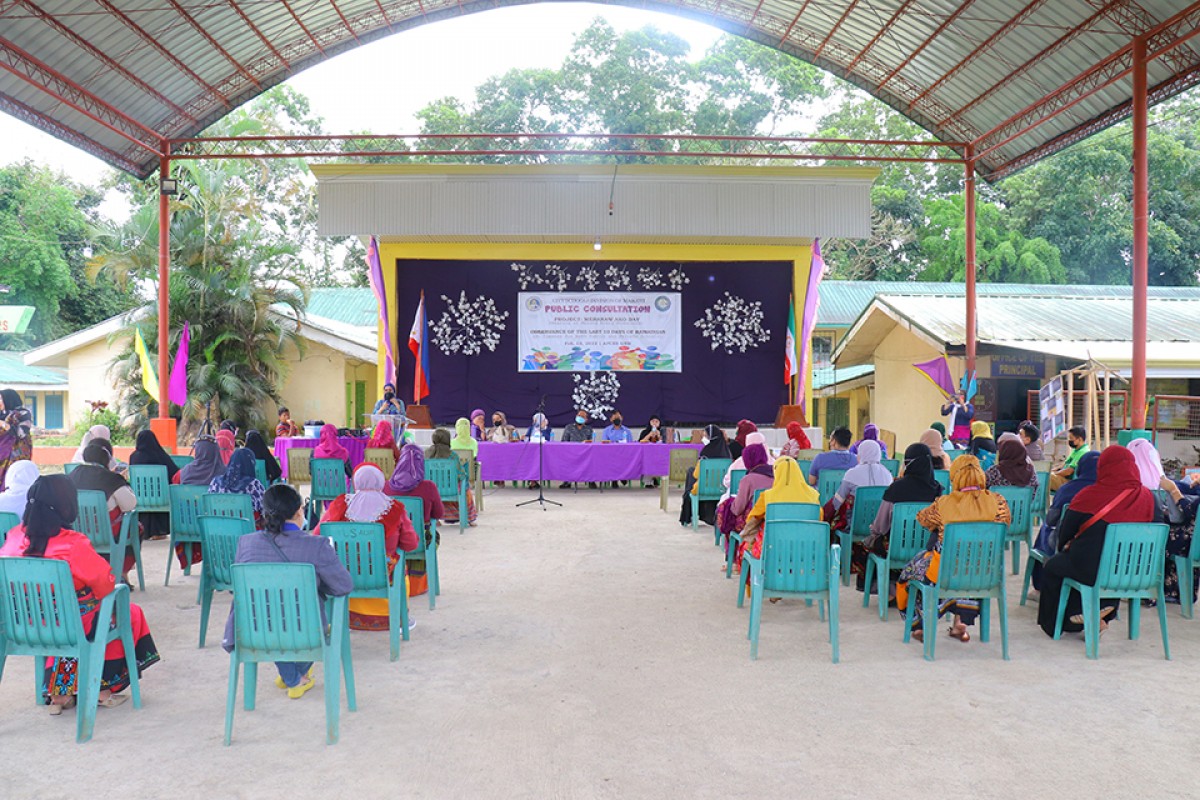 The consultation tackled the proposals of the Marawi City Schools Division (MCSD) on the wearing of malong, a wrap-around tubular garment, every Wednesday and the 10-day break during the last ten days of Ramadhan for personnel and teachers under the MCSD.

It was spearheaded by the MCSD in partnership with the City Council to solicit comments, recommendations, and support from stakeholders for the institutionalization of the two proposals.

"We want in the City Schools Division for everyone to be engaged, to co-own and co-adopt the changes that we wanted to do for a better Marawi. Hindi lang kami sa Division ang magtatamasa nito, kung ano yung ating haharapin, sama-sama tayo [It's not just us in the Division who will enjoy it, whatever we will be facing, we will be together]," said Schools Division Superintendent (SDS) Anna Zenaida Unte-Alonto.

Among the concerns aired during the consultation was the synchronization of days when to wear the malong as some schools already implement it but only during Mondays or flag-raising ceremonies.

Others suggested that the wearing of malong should only be limited to officials and non-teaching personnel as it may cause classroom disruptions, especially since some teachers are not used to wearing such garment. This, however, was addressed by the SDS emphasizing that wearing malong does not in any way hinder the delivery of education as it will even manifest how teachers strive to enrich the Meranaw culture.

She also pointed out that officials and non-teaching personnel are confined inside the Division defeating the purpose of motivating young learners to love and appreciate their own culture.

Addressing the concern on non-Meranaws wearing the garment, the SDS said such an act will not affect their identity but rather it will show their respect to the Meranaw culture.

It was affirmed by the Ministry of the Interior and Local Government citing such support as an edge for the city government in the Seal of Good Local Governance wherein local government units are assessed in governance areas which include tourism, culture, and the arts. (APB/PIA Lanao del Sur)