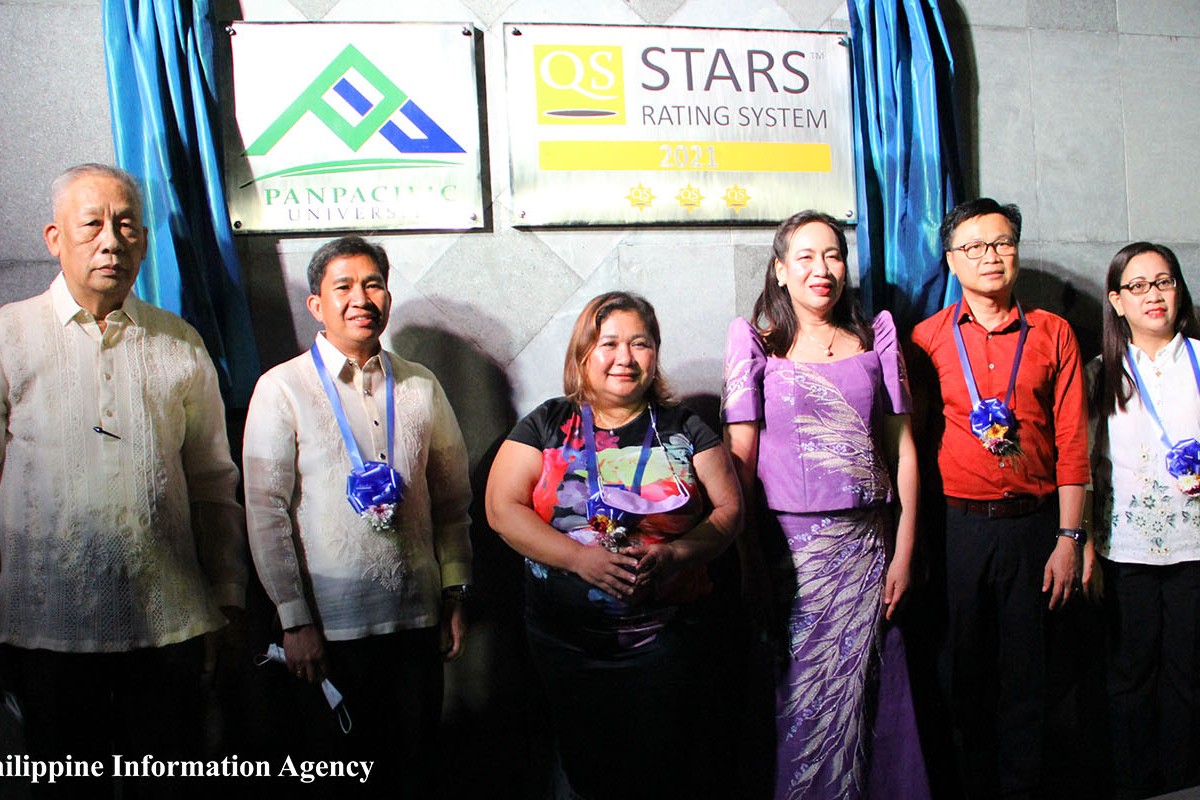 QS stands for Quacquarelli Symonds, an international education network and analytics provider based in London.

The QS Star rating system is operated by the QS Intelligence Unit, the independent compiler of the annual QS World University Rankings.

The system evaluates universities across a wide range of important performance indicators as set against pre-established international standards.

By covering a broader range of criteria than any world ranking exercise, QS Stars shines a light on both the excellence and the diversity of the rated institution.

The Panpacific University received the recognition from QS on March 25, 2021 and unveiled the QS Stars marker in a ceremony held Tuesday as part of the celebration of its 29th foundation anniversary.

The Commission on Higher Education (CHED) commended the university to have been awarded with this prestigious international metrics accomplished in the time of the pandemic.

Lawyer Lily Frieda Milla, CHED director for international affairs staff, said “We laud institutions who heed the drive to promote internationalization in the international platform and elevate their global reputation. Panpacific has been instrumental in this undertaking for being the first private institution to independently pursue the QS stars rating system.”

Milla hopes that this achievement of Panpacific  will serve as a model and inspire other universities in the region and in the Philippines to internationalize and elevate their international reputation.

Meanwhile, Dr. Danilo Bose, officer-in-charge regional director of CHED in Ilocos and alumnus of the university, said subjecting educational institutions to quality assessment such as the QS Stars rating system makes it imperative to future-proof graduates.

“Quality assurance mechanisms provide an opportunity not only for the institution to practice excellence and quality in terms of educational management but also reflect the quality of graduates that institutions produce as potential global members of the workforce,” Bose said.

In an interview, Dr. Rhonda Padilla, university president, said they applied for the QS Stars rating system to become a total university focusing on providing better service to students and stakeholders aligned with their core values namely: pioneer, compassion, service and truth.

The Panpacific University is one of the six HEIs with QS Stars rating in north of Manila.

Meanwhile, the University of Sto. Tomas is the only Philippine university to earn the coveted five-star rating. (JCR/AMB/PIA Pangasinan)