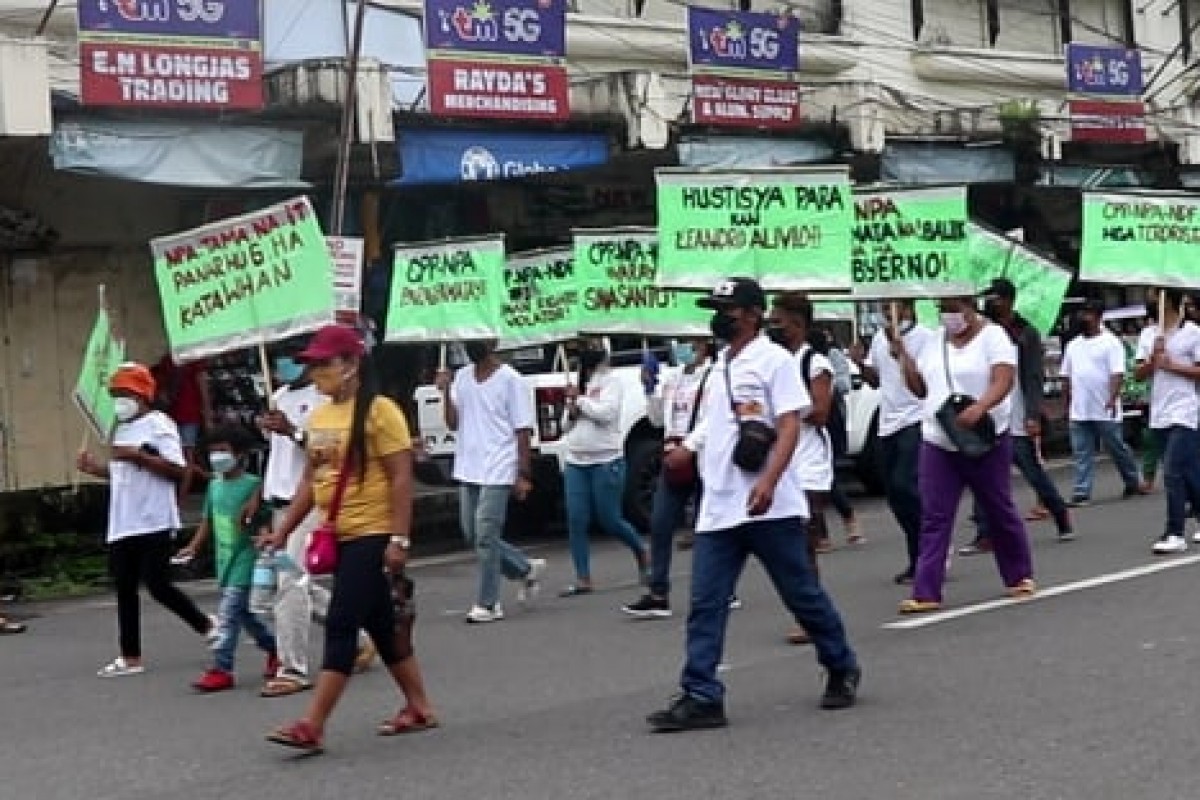 TACLOBAN CITY February 28 (PIA) -- In time for the 36th Commemoration of the EDSA People Power Revolution on February 25, some 260 former rebels and students joined a peace rally in front of a fastfood restaurant, along Rizal Avenue in this city.

Held simultaneous with other provinces of the region, the said activity was aimed to condemn the atrocities made by the CPP-NPA, and likewise seek justice for their victims.

Former member of the CPP-NPA, Napoleon Escalona during the said rally, said they did not hold the rally to sympathize and celebrate the Edsa People Power Revolution, but rather a manifestation of thanksgiving for their freedom from the bondage to the CPP-NPA-NDF.

He added that it has been a long time that they have suffered from the controlling powers of the terrorist groups.

Escalona likewise expressed his gtatitude to Presdident Rodrigo Duterte’s National Task Force to End Local Communist Armed Conflict (NTF-ELCAC) program, as according to him, ELCAC is the right solution the President has implemented in efforts to stop insurgency and terrorism in the country, of which they were able to realize the positive consequences and benefits they have gained from the program.

Escalona also called on the rebels to be united and return to the folds of the law.

Escalona hopes the next Philippine President would continue implementing the ELCAC program as the right solution to dismantle the CPP-NPA-NDF. (LDL/GTT/PIA-Leyte)