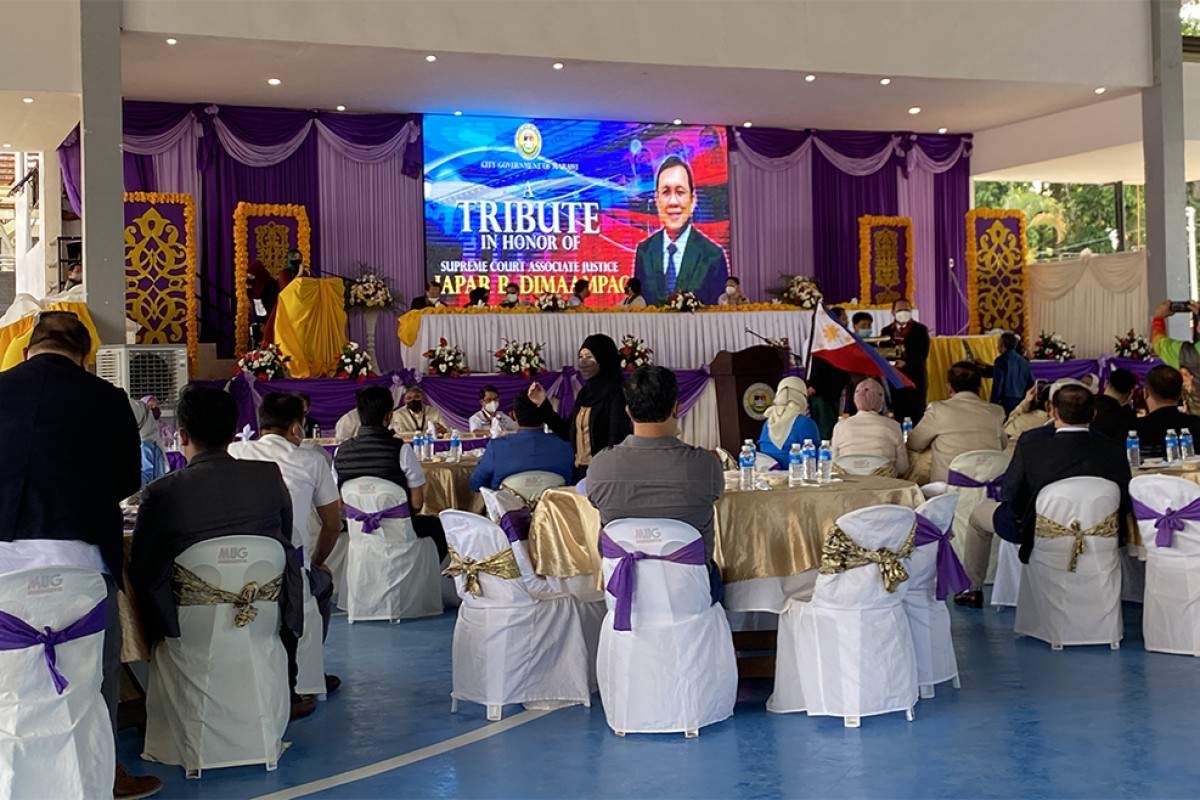 MARAWI CITY, Lanao del Sur (PIA)--The city government of Marawi hosted a tribute to honor Supreme Court (SC) Associate Justice Japar B. Dimaampao for being the first Meranaw appointed as a justice of the High Court.

City Mayor Majul Gandamra said the tribute was aimed to recognize the stellar achievements of Associate Justice Dimaampao who has brought honor and pride not only to his fellow lawyers but also to the Meranaw people.

"Alhamdulillah [praise be to Allah], after such a long time, we now have a Supreme Court Associate Justice from our own people and the second Muslim to be so," Gandamra said.

The mayor added that the tribute also seeks to remind the Meranaw people that they can reach their dreams if they are willing to persevere.

During the ceremony, Dimaampao received a kris and royal umbrella from the Marawi Sultanate League, a framed Ayatul Kursi from the Ulama and Imam Council, a carved nameplate, Agong, and a plaque of recognition from the city government.

Judges, lawyers, and key personalities in Marawi and Lanao del Sur attended the tribute and commended the Muslim associate justice for his appointment. They also made testimonies on his excellent performance particularly praising his mastery in civil, taxation and commercial laws, as well as on Shari’ah and Islamic jurisprudence. 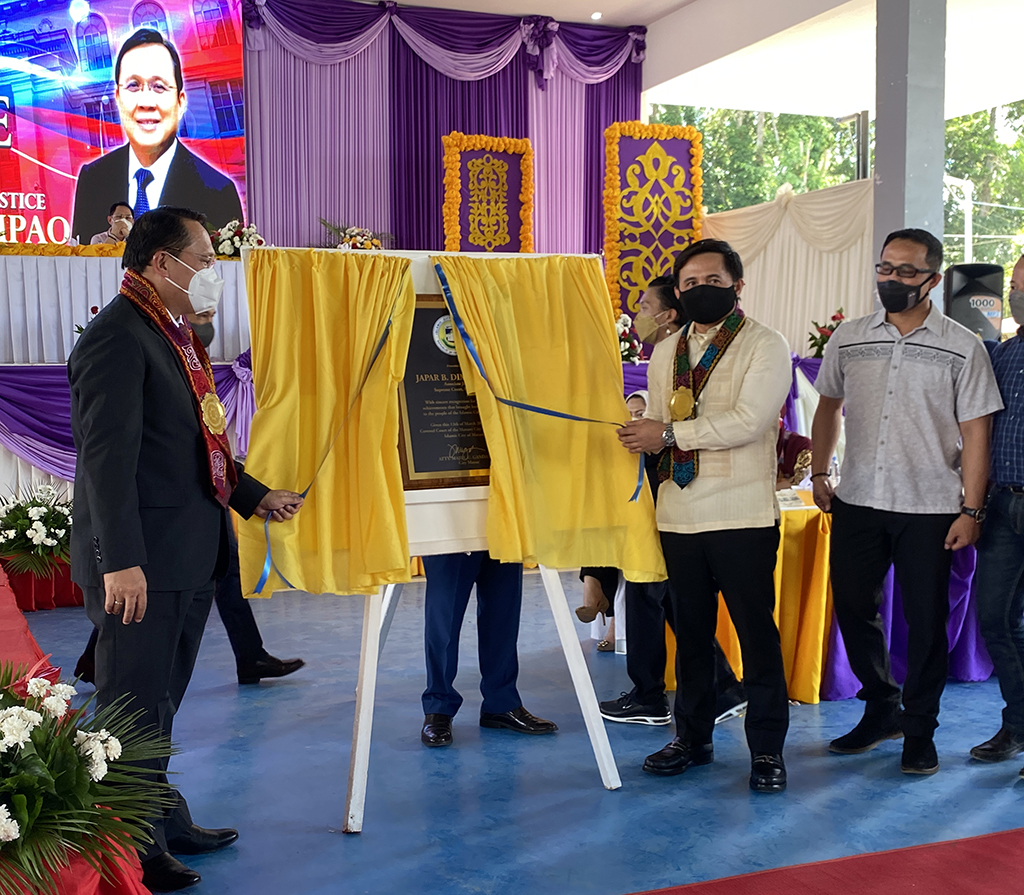 In his message, Dimaampao said his appointment is a fulfillment of the 1976 Tripoli Agreement, the Peace Accord of 1996, and Republic Act No. 9054 or the organic act for the Autonomous Region in Muslim Mindanao which mandate a Filipino-Muslim representation in the Supreme Court.

He also conveyed that he is proud to be a Bangsamoro citing the unique cultural and historical heritage of the Bangsamoro. The associate justice further stressed that his appointment is a special blessing not just for himself but to the entire Muslim community and the Bangsamoro people. (APB/PIA Lanao del Sur)