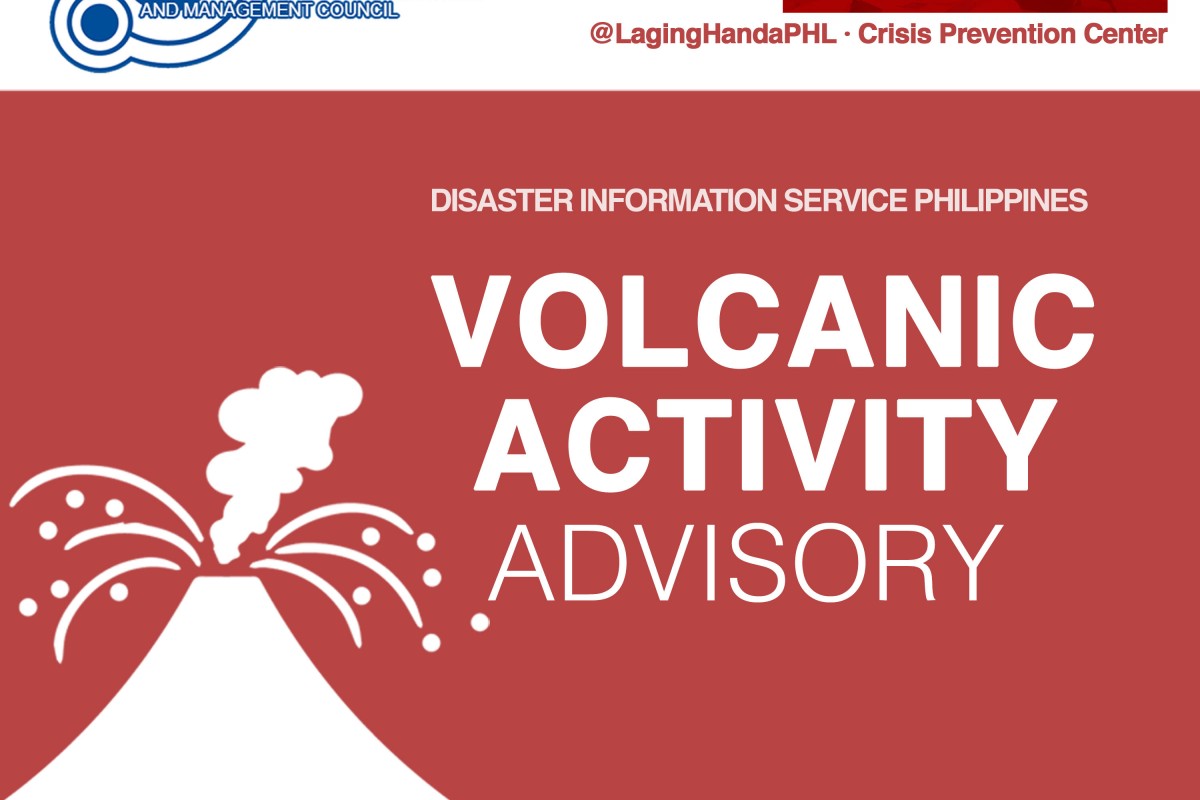 QUEZON CITY -- This serves as notice for the raising of the alert status of Taal from Alert Level 2 (increasing unrest) to Alert Level 3 (magmatic unrest). At 0722H PST, Taal Volcano Main Crater generated a short-lived phreatomagmatic burst which was followed by nearly continuous phreatomagmatic activity that generated plumes 1500 m accompanied by volcanic earthquake and infrasound signals.

In view of the above, DOST-PHIVOLCS is now raising the alert status of Taal from Alert Level 2 to Alert Level 3. This means that there is magmatic intrusion at the Main Crater that may further drive succeeding eruptions.

The public is reminded that the entire Taal Volcano Island is a Permanent Danger Zone (PDZ), and entry into the island as well as high-risk barangays of Agoncillo and Laurel must be prohibited. All activities on Taal Lake should not be allowed at this time.

Communities around the Taal Lake shores are advised to remain vigilant, take precautionary measures against possible airborne ash and vog and calmly prepare for possible evacuation should unrest intensify. Civil aviation authorities must advise pilots to avoid flying over Taal Volcano Island as airborne ash and ballistic fragments from sudden explosions and pyroclastic density currents such as base surges may pose hazards to aircraft. DOST-PHIVOLCS maintains its close monitoring of Taal Volcano and any new development will be communicated to all concerned stakeholders. (DOST-PHIVOLCS)