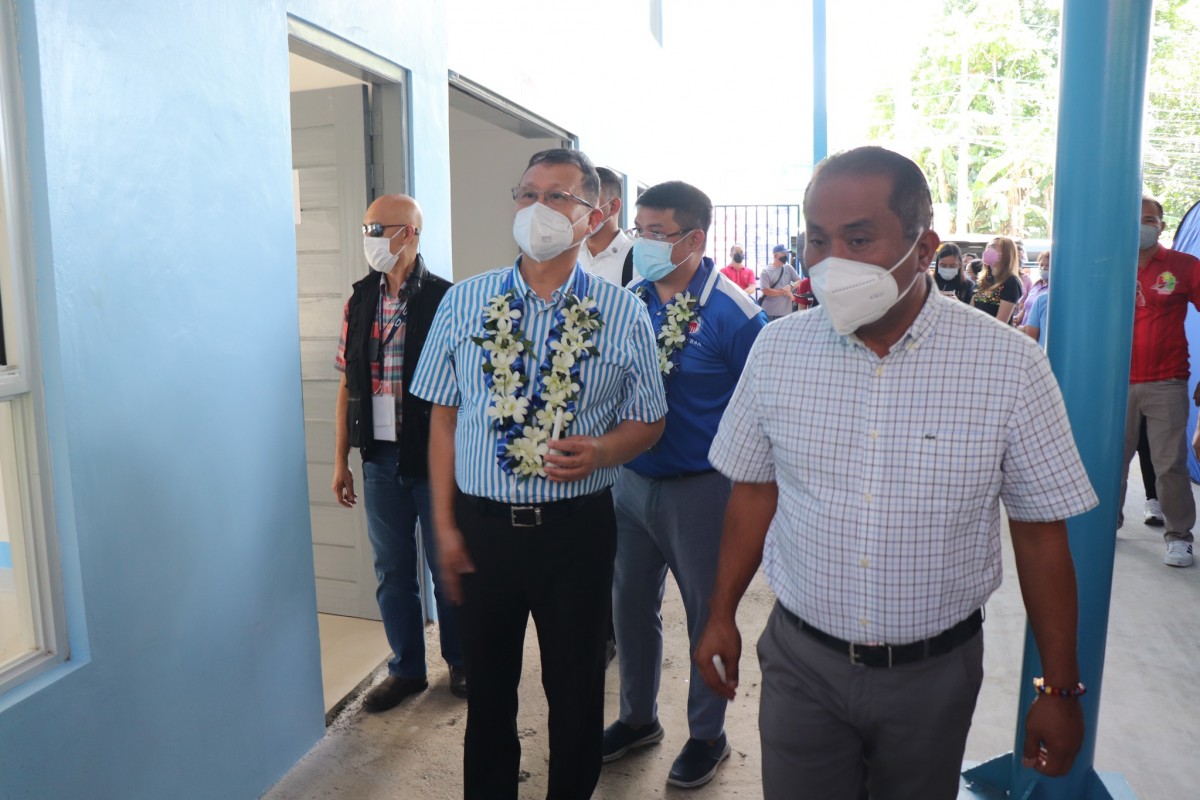 CALAMBA CITY (PIA) – Families forced to evacuate during Taal eruptions and other disasters may soon find temporary solace after the Department of Human Settlements and Urban Development (DHSUD) Region IV-A inaugurated its new evacuation centers that were strategically placed in Batangas province.

Constructed through the DHSUD BALAI Assistance Program, del Rosario said each evacuation center can accommodate at least 110 families or some 440 individuals while around 106 modular tents can fit to house other evacuees who will come from neighboring towns.

“Itong evacuation center na mga ito, will be hosting other municipalities within the danger zones na mangangailangang lumikas,” Otero said of the newly opened facilities that are part of the government’s response after the Taal volcanic eruption.

He adds, “We are truly proud and we are happy that there are more evacuation centers are underway, by virtue of the DHSUD’s partnership with developers and of the course, the local government units,”

Before the formal turnover ceremony, Otero, del Rosario and Mataasnakahoy Mayor Jay Ilagan led a tour around the new evacuation center to inspect the readiness of the facility.

Following the designs of the Department of Public Works and Highways (DPWH), the evacuation centers included facilities that can be converted in the event an evacuee tests positive to Covid-19.

Each evacuation center was worth around P40-M. It included various facilities that will respond to the basic needs of evacuees, such as the administrative office, storage room, kitchen and mess hall, children’s area, clinic, prayer room, separate female and male comfort rooms as well as conjugal rooms, among others. (PB)