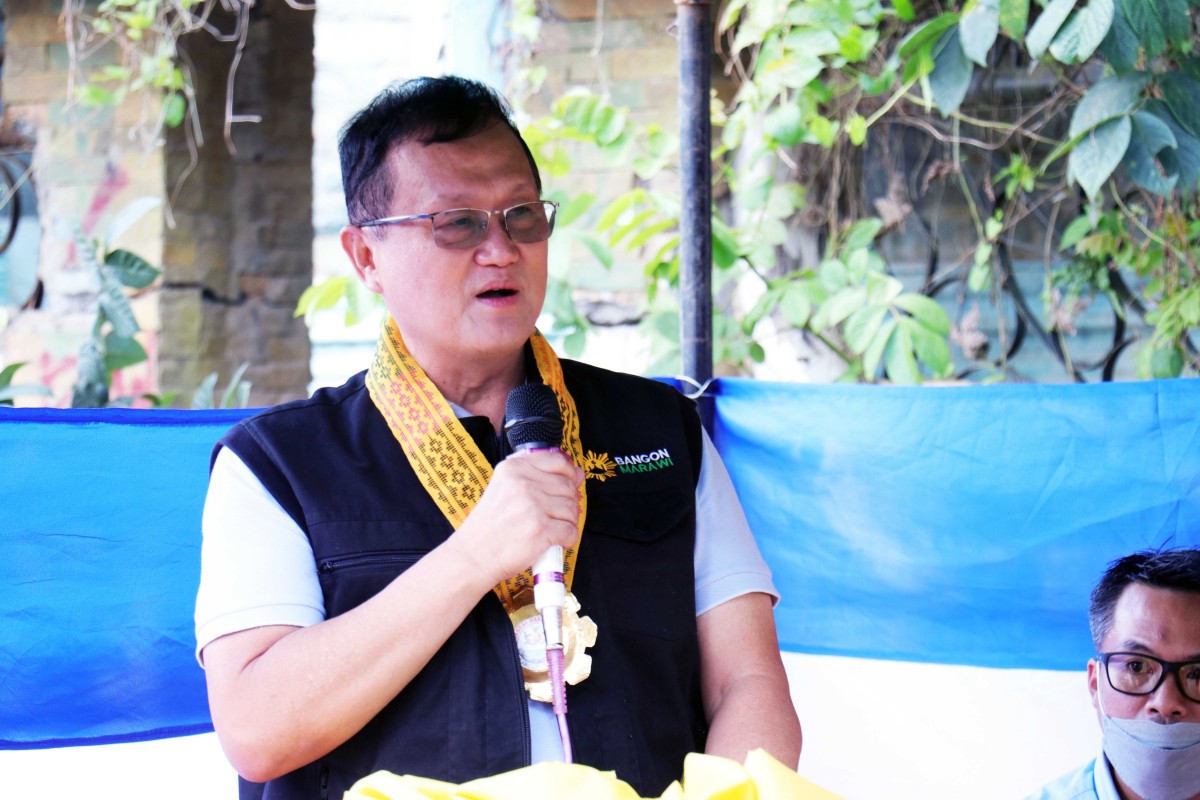 First, he stressed that the rehabilitation should be a catalyst for growth and development which is visibly pursued through the erected buildings and showing gradual progress.

[All the government infrastructures which we needed to make were the ones directed by our President to be constructed so that we can have a good foundation and start that will serve as a catalyst for growth and sustainable development. We can see right now that our place is slowly, step-by-step, there are so many challenges, but we are moving forward.]

As detailed, one of the obstacles they encountered and even still encountering is the electrification of the most affected area as some landowners hinder the construction of transformer sites along the primary road fronting Rizal Park.

Del Rosario stated that if these transformer pads will not be placed in six particular sites, the energization of such an area will not be completed, but this will be accordingly given remedy through writing a final letter to appropriate citizens.

The second objective, according to the TFBM chief is to make the rehabilitation a model for good governance which is upheld with the construction of barangay complexes serving as official offices of the barangay officers.

He said the barangay infrastructures were built following any of the three designs of the city government.

Finally, Del Rosario underscored the third objective which is to achieve a peaceful environment.

He shared that as he was told, there was an area in the city known to be drug-rampant but now has been dismantled and replaced with the new infrastructures that are beneficial to everyone, such as the Grand Padian Market, a world-standard Convention Center ready to cater to events, and Sports Complex that can accommodate four to five thousand spectators, among others.

Del Rosario emphasized that with these constructions, the locality will soon be one of the tourism sites in the whole of Mindanao.

With the outlined general objectives proven to be all lived out, the TFBM secretary acknowledged the toil of their partner line agencies, private organizations, and the residents to extend full support to the national government’s initiative.

“Iyan ay nagawa natin because tayong lahat ay natulong-tulong kasi without unity and cooperation, we cannot achieve all these. Ito ay sinabi ng ating mahal na Pangulo when he said, “I will see to it that Marawi will rise as a prosperous city again” at iyan ang ginagawa ng Task Force Bangon Marawi,” said Del Rosario.

[[We were able to make these because we all helped one another because without unity and cooperation, we cannot achieve all these. This is what the President mentioned when he said, “I will see to it that Marawi will rise as a prosperous city again” and that is what Task Force Bangon Marawi is doing.] (CRG/PIA-Lanao del Sur)