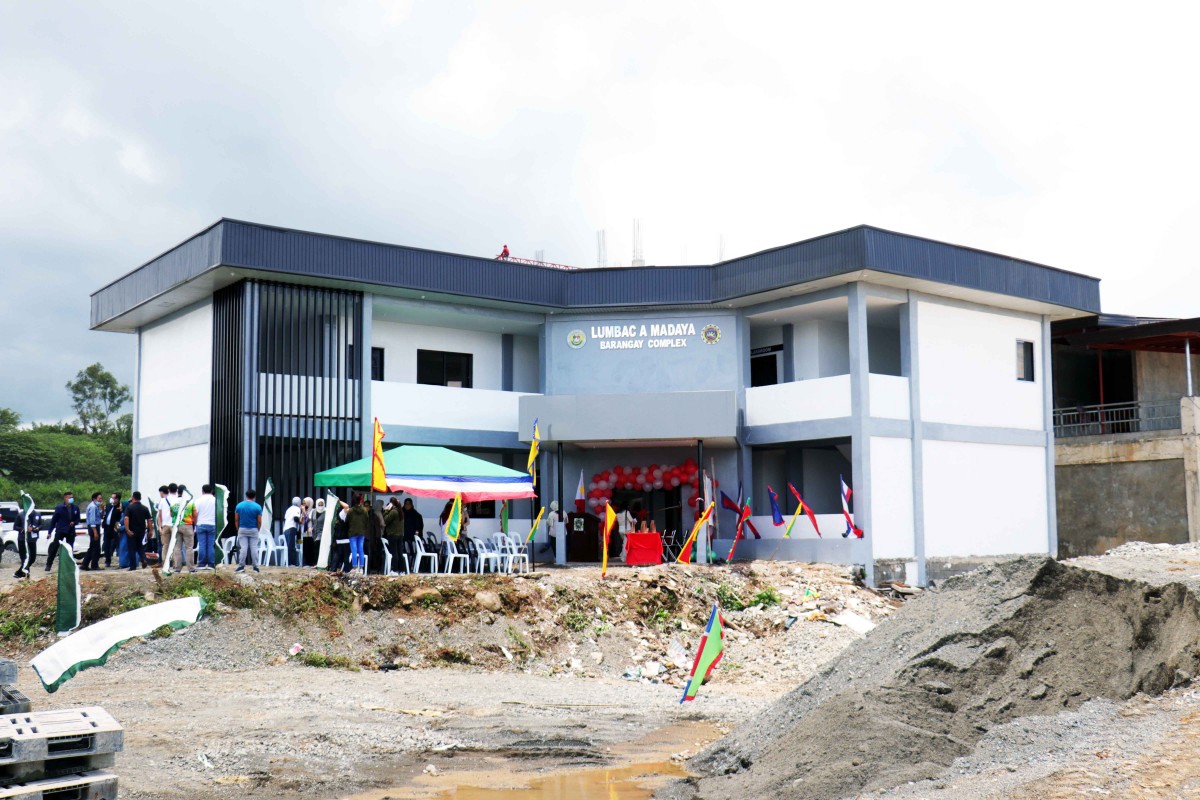 East Marinaut barangay chairperson Baironsalam Macabando-Mocsana stressed that the barangay complex shall honor their history and traditions while glimpsing at the future with confidence and optimism.

“This barangay complex will give us a good sense of both unity and belongingness as it symbolizes a new chapter and forging a path to the brighter future of our constituents,” she said.

Amiladen Ampuan, chairperson of Brgy. Banggolo then attested that the infrastructure for them gave them the courage to stand once again after they lost their strength and fell because of the siege in 2017.

For his part, Chairperson Shariff Zain Lanto Gandamra of Lumbaca Madaya village emphasized that their complex serves not only as the face of hope but also of progress and development of their constituents.

[This infrastructure will not only serve as the office of the officials of our barangay. This will also be the place for those who aim to give help so that we can have a more eased living. This building will be the start of our rise.]

Dansalan barangay chairperson Zenaida Maniri, on the other hand, affirmed that such a completed project will indeed contribute significantly to upholding the mandate which is to serve the community and the people.

As per the latest record, these were added to the now 13 completed barangay complexes which are part of the target 24 barangay facilities to be constructed in the most affected area of the city by the national government.

Del Rosario said only 11 more barangays in the most affected area of the city have yet to finish their complexes while 72 villages in the less affected area are also set to have their own barangay halls with the allocated budget initially released in 2021 for the 40 barangays and the balance to be given this year for the remaining 32 barangays. (CRG/PIA-Lanao del Sur)