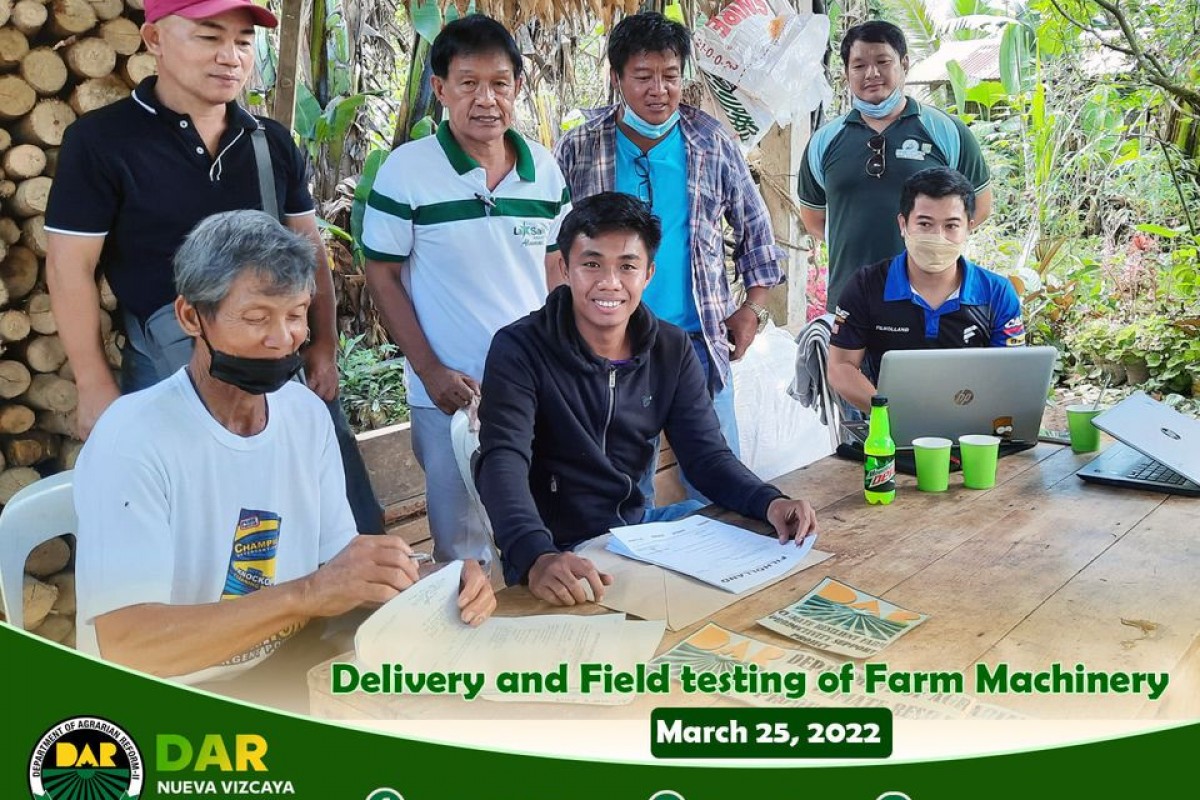 Provincial Agrarian Reform Program Officer (PARO) Engr. Rustico Turingan said a total of 68 Agrarian Reform Beneficiaries (ARBs) from the HIAI will be benefited by this project.

“This is part of the major-crop based block farm productivity enhancement project under the Climate Resilient Farm Productivity Support (CRFPS) of the Department,” he said.

“It is also geared towards building resiliency among ARBOs in order to address the ensuing climate change concerns and at the same time, improving the socio-economic life of the farmers and ARBs,” he said. (MDCT/BME/PIA Nueva Vizcaya)