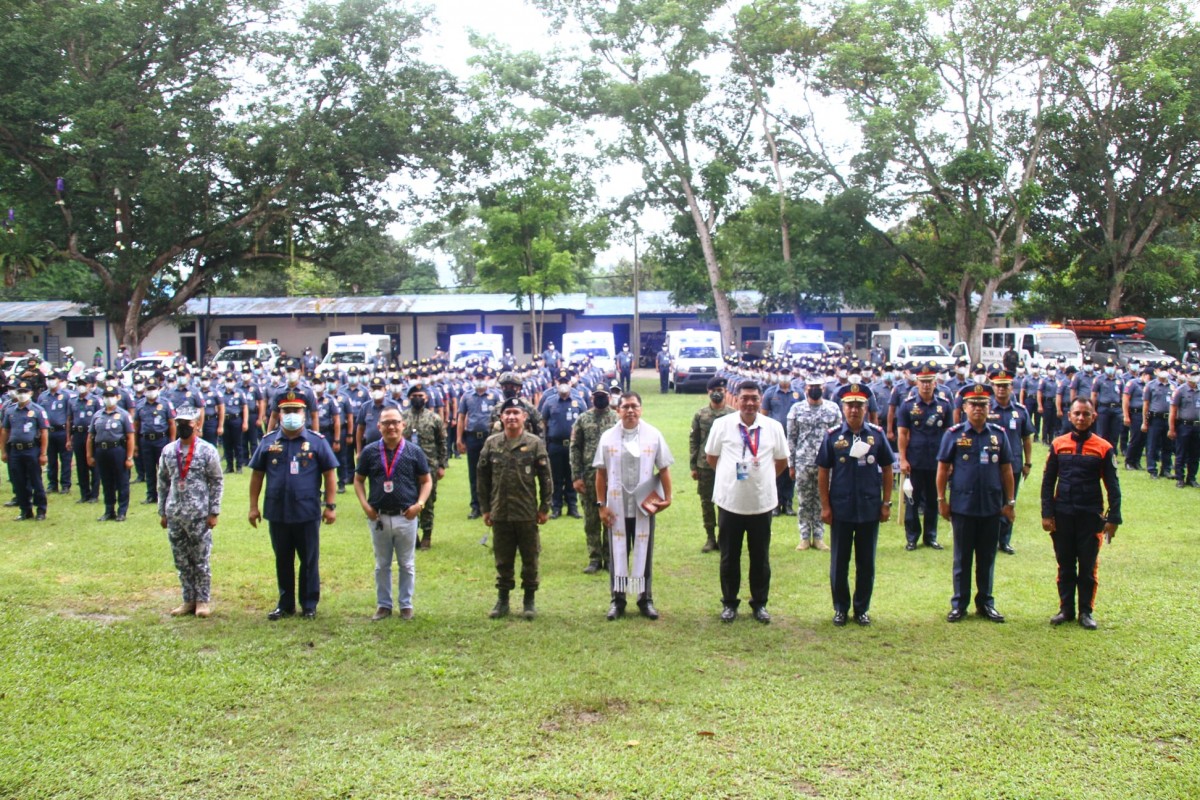 ILIGAN CITY (PIA)--In pursuit of a safe, accurate, and fair May 9 national and local elections, the Commission on Elections (COMELEC) spearheaded the send-off ceremony of security forces and resources from different government security agencies.

The Iligan City Police Office (ICPO) entrusted 681 security personnel, 53 from Philippine Coast Guard (PCG), and about 45 personnel from the 4th Mechanized Infantry Battalion. The 55th Infantry Battalion and 55th Engineer Brigade will also deploy their personnel during the elections.

"Cooperation and coordination should now be our battle cry for it divides effort and multiplies the effect. As election workers, we should now focus on our roles and responsibilities. Let us maintain political neutrality and non-partisanship,” he said.

Furthermore, ICPO City Director Police Colonel Dominador Estrada reminded all security forces to not underestimate the situation of the upcoming elections. He told them to always be attentive and alert.

“To our security personnel, I encourage you to not be complacent and should not underestimate this election because we will never know the capabilities of each supporter of the competing parties which further makes it more personal and more intense. Be alert and be attentive always, do not lower your guards,” he said. All participating government security agencies guaranteed their commitment to enforcing safety and order for the facilitators, voters, as well as election paraphernalia. (ASK/PIA)