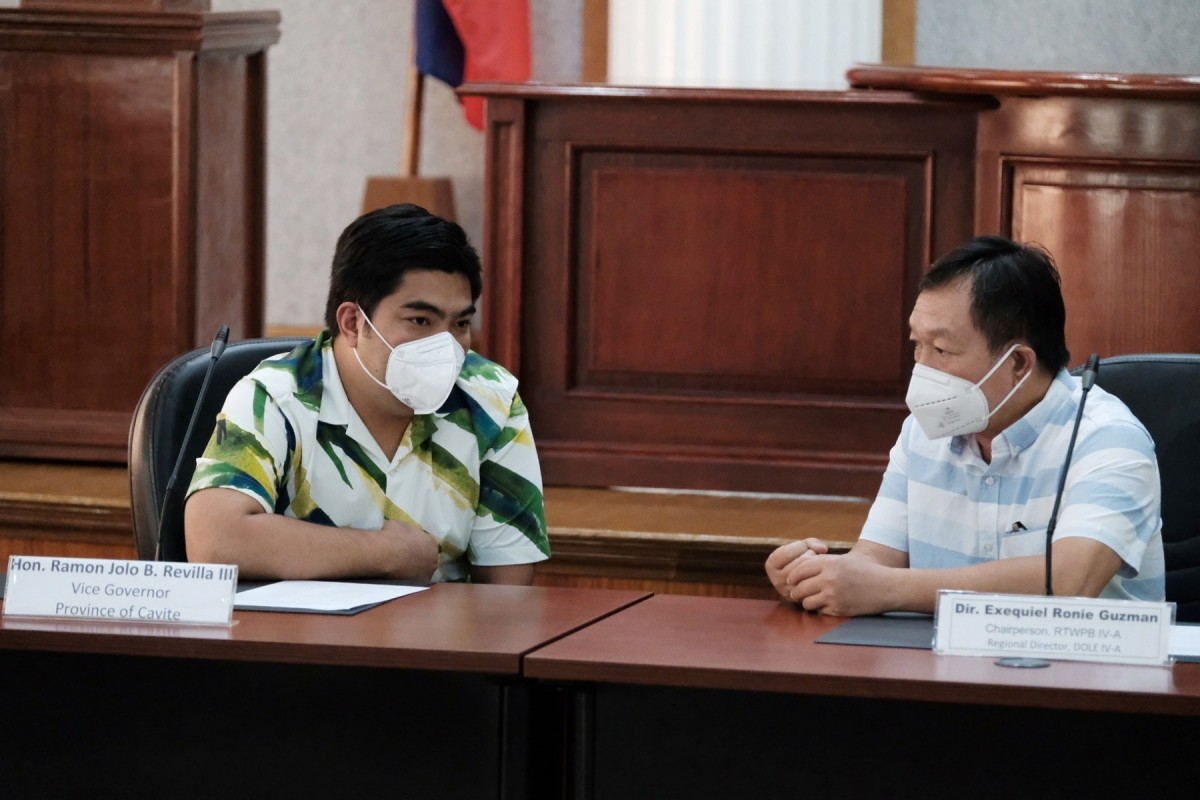 TRECE MARTIRES CITY, Cavite (PIA)-- A public hearing on the increase in wages of workers in CALABARZON was launched this May 16 by the Regional Tripartite Wages and Productivity Board IV-A (RTWPB) at the Legislative Building of the Sangguniang Panlalawigan ng Cavite.

The said hearing was attended by the Chairman of RTWPB IV-A and DOLE IV-A Regional Director, Director Ezekiel Ronie de Guzman, Cavite Vice Governor Jolo Revilla, representatives of Labor Groups and Laborers along with workers in factories in the province as well as the representative from the Management Group.

The province of Cavite recently filed a Provincial Resolution led by Vice Gov. Revilla in 2021 to promote the wage increase of Caviteños and in April this year, the public consultation was held throughout the region successfully.

"It has been four years since the last increase in the wages of workers in Cavite. It is time to raise it now, especially since the price of commodities has been rising relentlessly due to the rise in oil prices, "said Vice Governor Revilla.

He added that the distance between Cavite cities and towns in the National Capital Region (NCR) particularly the City of Bacoor is less than 6 kilometers away, Imus is 10 kilometers and Kawit is 13 kilometers.

It is expected for the wages of Caviteño workers to increase before the new administration takes over.

According to the DOLE IV-A Regional Director, it is not mandatory to surpass the 30 days after the public hearing with the result that the wages of workers in CALABARZON will be greatly increased.

"I have a positive view that we can raise the wages of workers not only in Cavite but in the entire region" RD de Guzman concluded. (Ruel Francisco, PIA-Cavite)