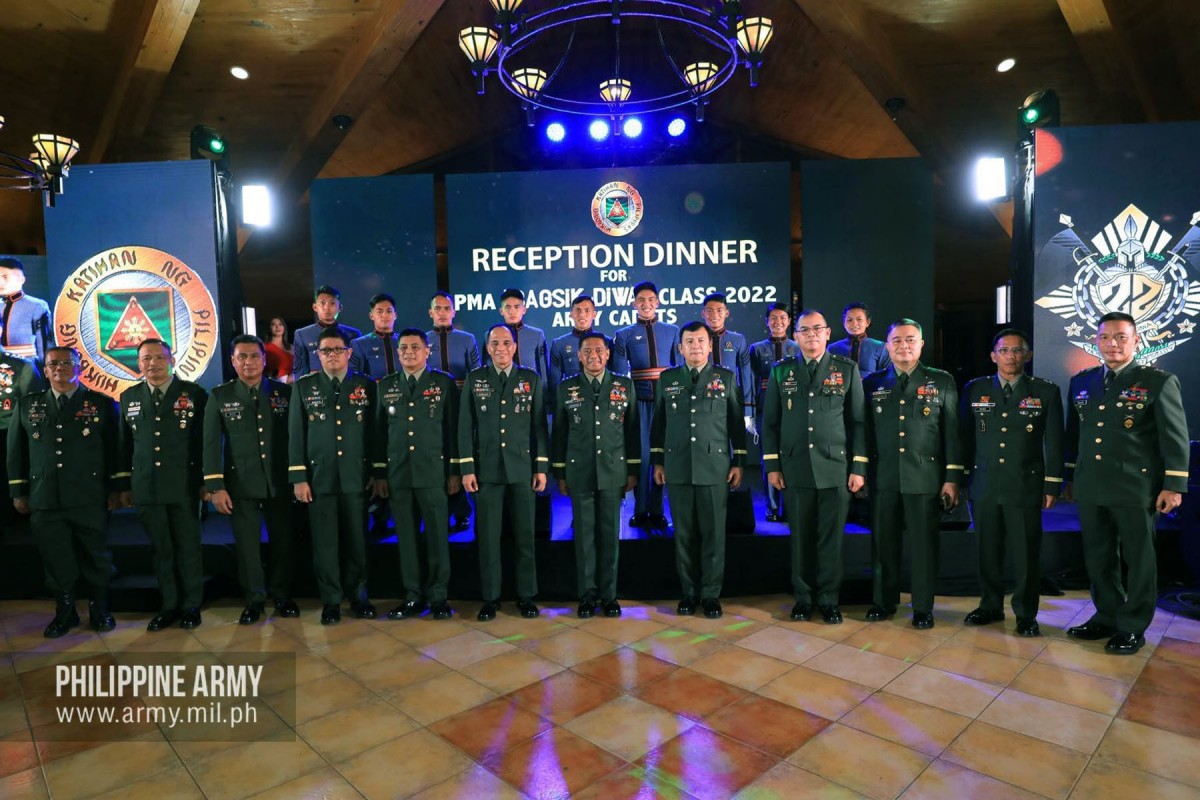 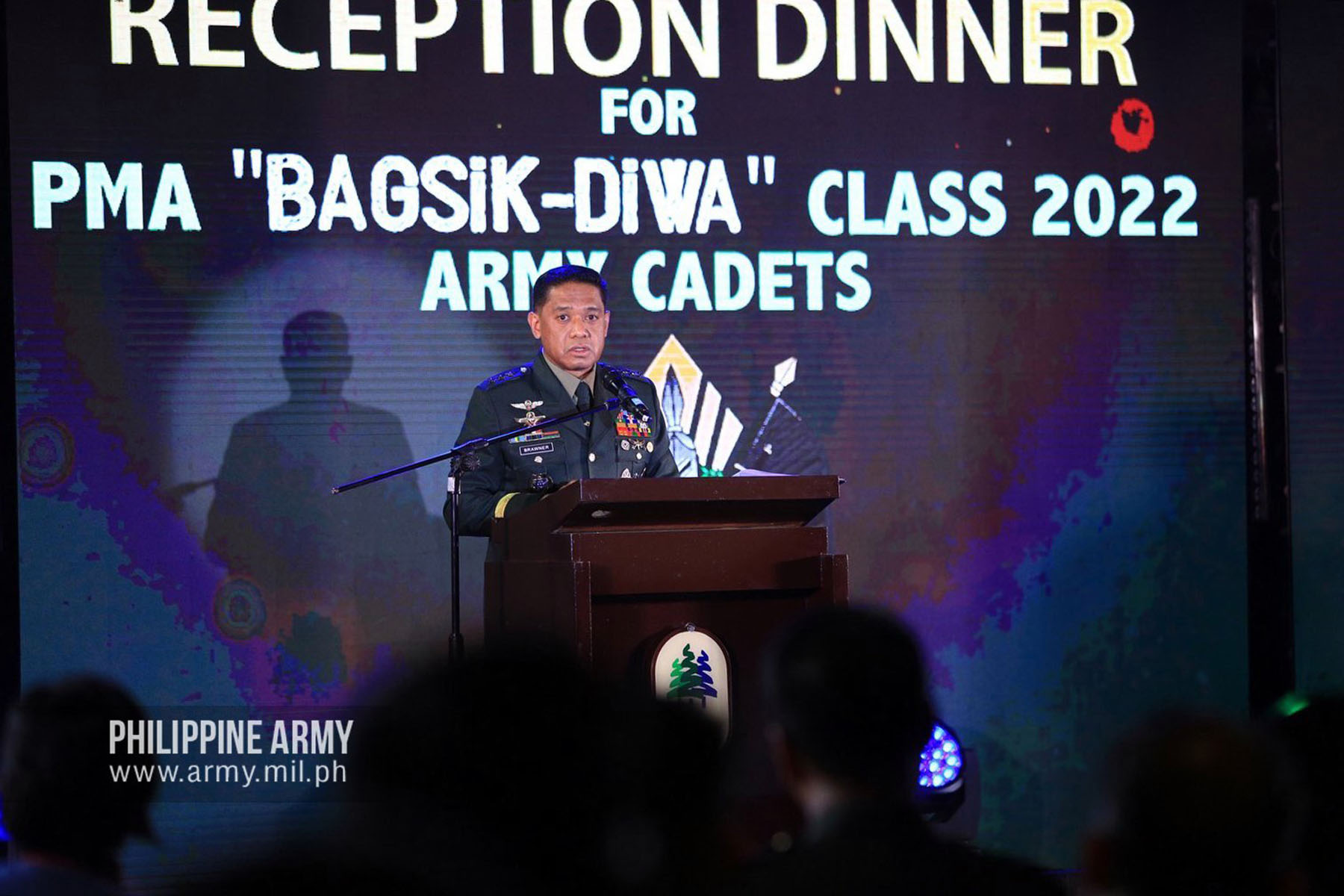 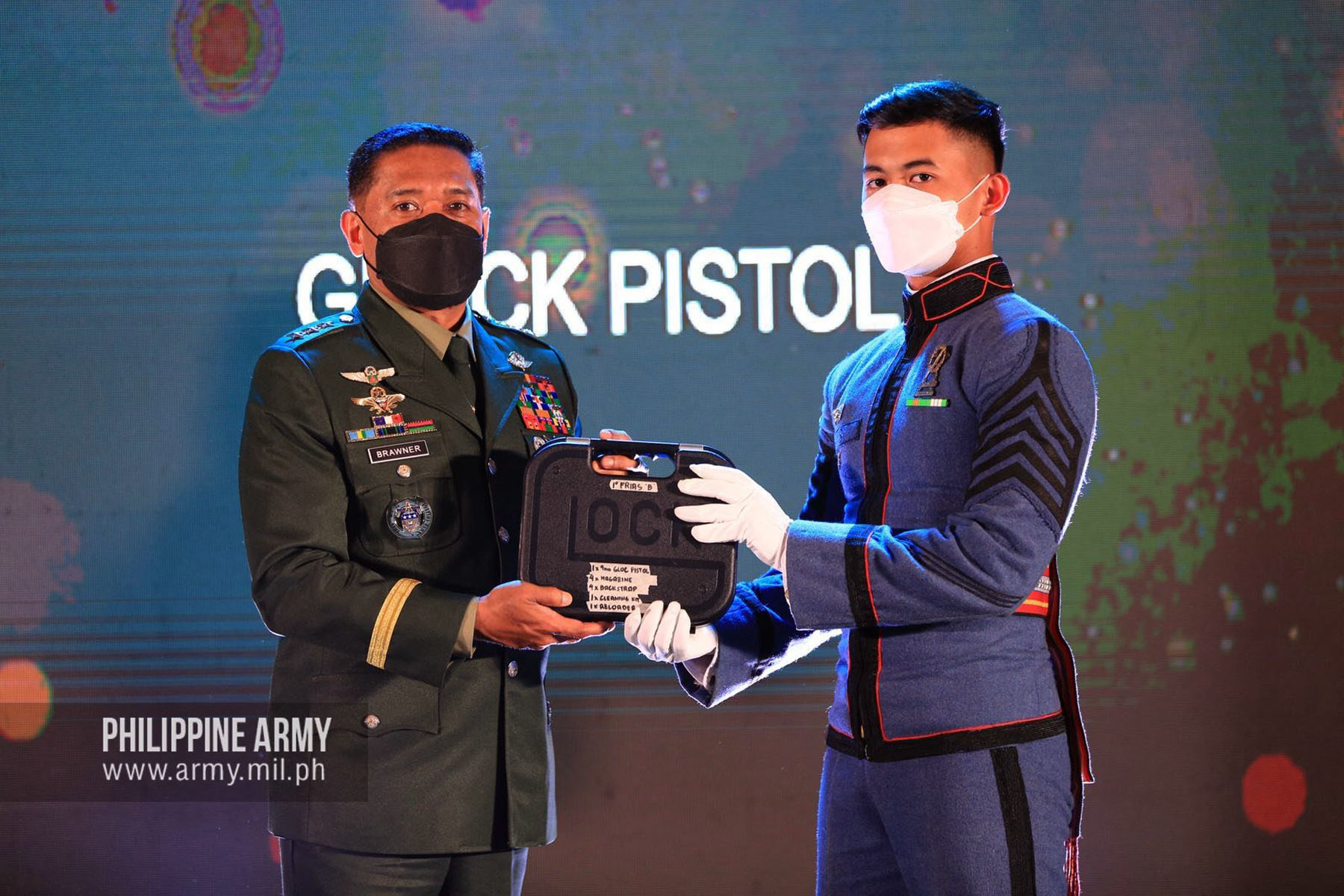 “As you transition later to serving our Army and our communities, always live up to the virtues of courage, integrity, and loyalty,” CGPA Lt. Lt. Gen. Romeo S. Brawner, Jr. advised the members of the PMA “Bagsik Diwa” (Bagong Sibol sa Kinabukasan Didigma Hanggang sa Wakas) Class of 2022 joining the Army.

“As the former Commandant of Cadets, I know that you will not fail our alma mater. Allow me to share with you three virtues that will prepare, equip and hone you to become the best-fitted Army servant-soldiers, which are patriotism, passion, and perseverance,” the CGPA stressed during a reception dinner  for the graduating Army cadets at the Camp John Hay in Baguio City last  May 12, 2022.

“Welcome to the snappiest major branch of service, the Philippine Army!” Brawner said.

Brawner also led the ceremonial handover of Glock pistol and initial clothing and equipment package to the then cadets but now second lieutenants , who will serve as platoon leaders of the Army.

The members of PMA Class of 2022 were commissioned  as second lieutenants   in the Philippine Army and Philippine   Air Force and ensigns in the  Philippine Navy during their graduation last Sunday (May 15). With the bulk joining the PA, 57 will go to the  PN     while 53 to the PAF.  (JDP/RMC-PIA CAR with reports/photos from PA) 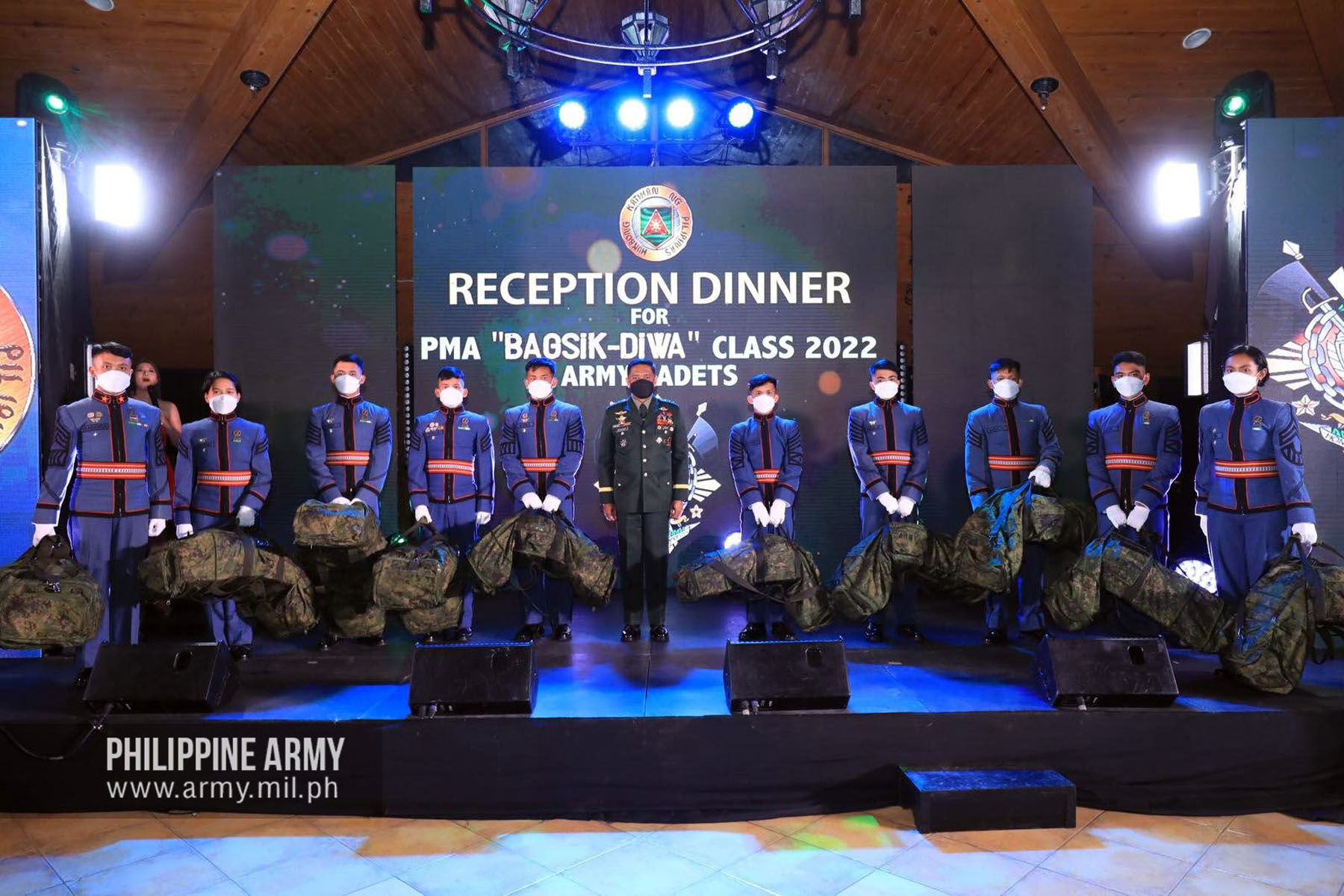