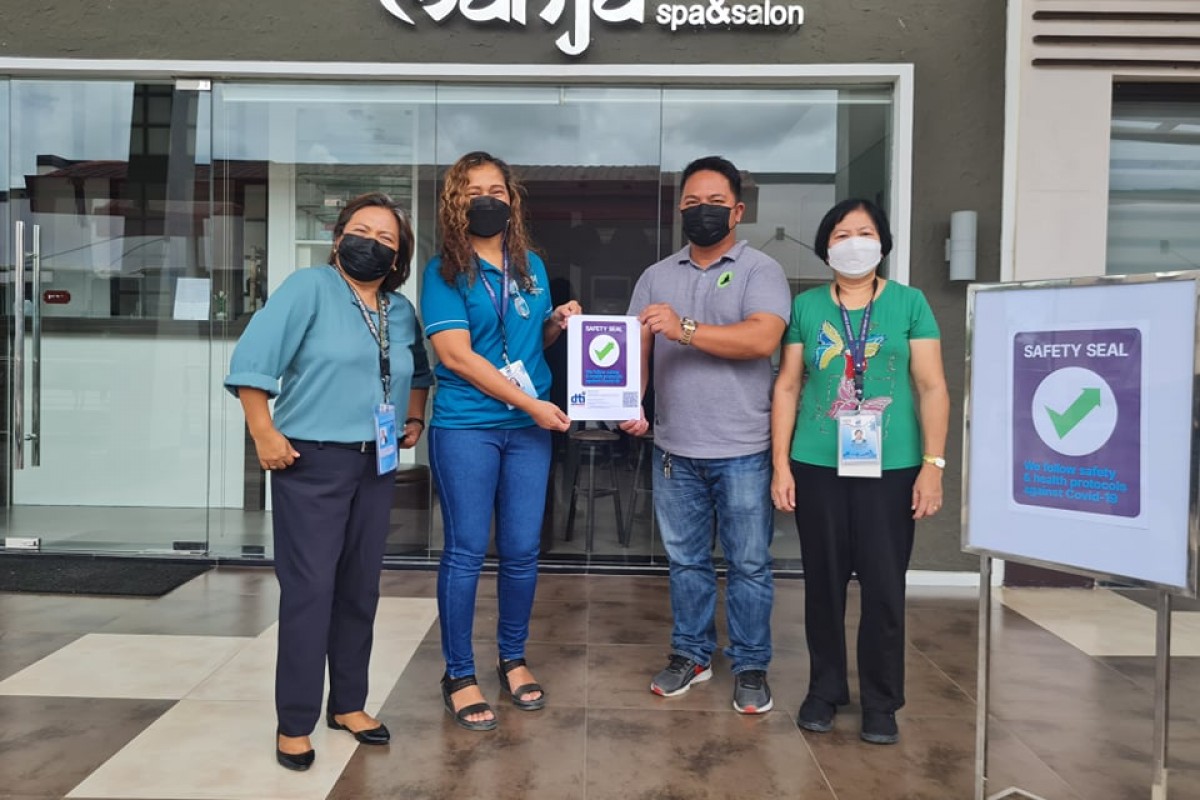 BUTUAN CITY -- In support to the efforts of the government to protect clients, consumers, and the general public against COVID-19, the Department of Trade and Industry (DTI) Agusan del Norte validated establishments in this city for the Safety Seal Certification and assessed if they continued to adhere to the minimum public health standards set by the government.

According to Sacote, the Safety Seal Certification is a voluntary certification scheme that affirms that an establishment is compliant with the minimum public health standards set and integrates its contact tracing with StaySafe.ph. The DTI will only issue the certification to supermarkets, groceries, convenience stores, membership shopping clubs, construction supply/hardware stores, logistics service providers, barbershops and salons, and service and repair shops if they passed the standards set.

Meanwhile, the DTI Agusan del Norte also continues to monitor the compliance of the Fair Trade Law through the monitoring of establishments in the area. A weekly price monitoring of the basic necessities and prime commodities was also conducted by the agency. Twenty establishments were monitored by the department recently, all of which were found compliant. (NCLM/PIA-Agusan del Norte)