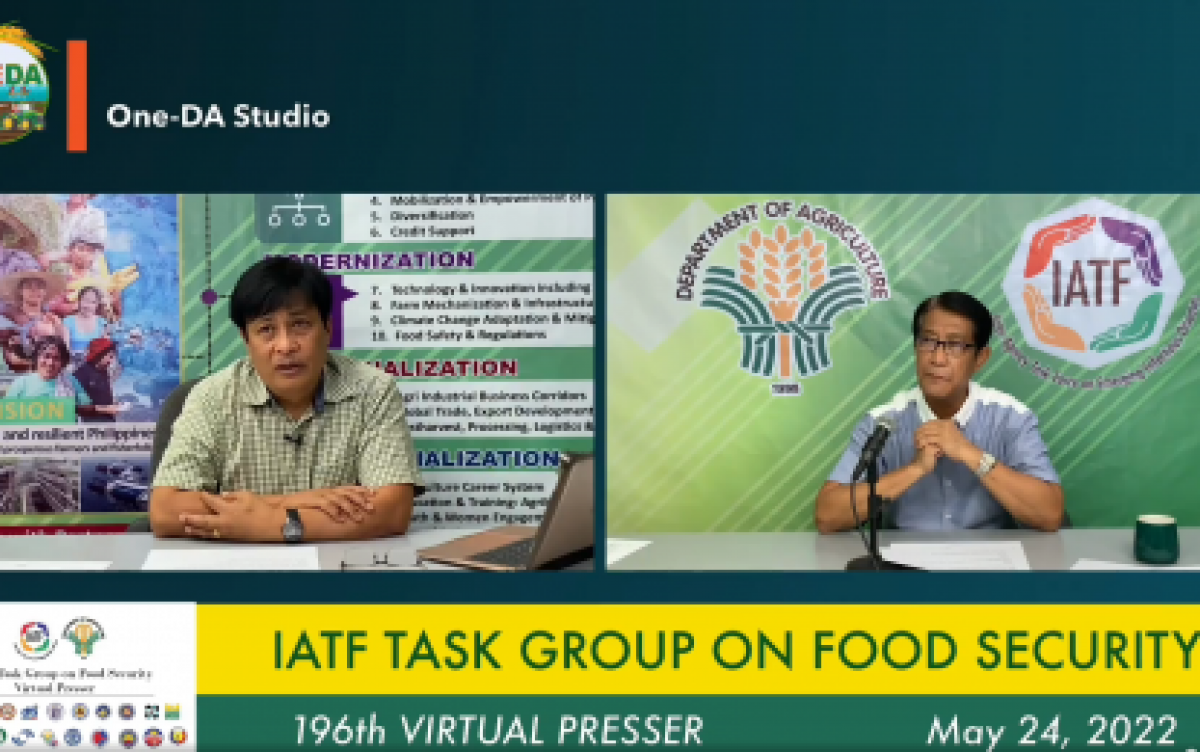 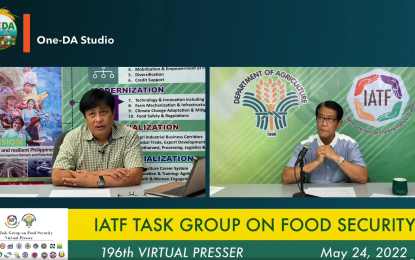 Department of Agriculture-Fertilizer and Pesticide Authority Deputy Executive Director Myer Mula (left) joins Assistant Secretary Noel Reyes (right) in a virtual presser on Tuesday, May 24. The officials promoted the utilization of the Balanced Fertilization Strategy to ease the pressures of the increasing fertilizer prices. (Screengrab)

QUEZON CITY, (PIA) -- The Department of Agriculture-Fertilizer and Pesticide Authority (DA-FPA) on Tuesday announced that Russia has vowed to supply traditional fertilizer urea to the Philippines.

“We are really lacking, but we are looking at how to solve these things. We have meetings with Russia, they have responded, I just received a call, that they are willing to supply us the fertilizer,” FPA Deputy Executive Director Myer Mula said in a virtual presser, amid the worsening limitation of fertilizer supply worldwide.

DA Spokesperson Assistant Secretary Noel Reyes said the volume of importation is yet to be determined.

“We already have a commitment, between Russia and the Philippines, through the DA-FPA, we will import Urea from Russia, maybe we will talk about the volume price soon,” he said.

Mula admitted the country’s supply of fertilizer is at risk, due to the impact of the coronavirus disease (Covid-19) pandemic, with the country’s import dependency affected by the strategic supply restrictions of several countries, and the ongoing conflict between Ukraine and Russia.

“If you have to analyze it deeply, we are still import-dependent, hundred percent,” he said.

Considering the current situation, the DA noted it is impossible to reverse the increasing trend of fertilizer prices.

“It can’t be done, because the supply, it’s global, it’s not only [experienced] in the Philippines if you look in the news abroad, it’s the same,” he said.

Besides Russia, the DA said they are also expecting fertilizer supply from Indonesia, Malaysia, and China, targeting at least 600,000 metric tons needed for the upcoming cropping seasons.

With all these challenges, the DA said it’s high time for farmers to understand and use the Balanced Fertilization Strategy (BFS), as it will help maintain soil fertility through the utilization of combined organic and inorganic fertilizers.

It will also help them minimize the use of chemical fertilizers while maintaining yield, an unquestionable advantage given the increasing cost of traditional fertilizers.

They also emphasized the need to conduct soil analysis, like what is being strategically done in India.

“What they are doing there is if you’re planting rice, [and] if you will be on a crop rotation, you will again conduct a soil analysis, because sometimes there are fertilizer residue, so [we will no longer use] the recommended, we can save more, so such systems must be improved here,” Mula said.

In 2021, the DA has recorded over 2.134 million metric tons of imported six major grades of fertilizers from several countries including China, Indonesia, Malaysia, Qatar, Canada, Japan, and Korea, among others; while only 302,512.25 metric tons were accounted for locally produced fertilizers. (PIA-NCR)