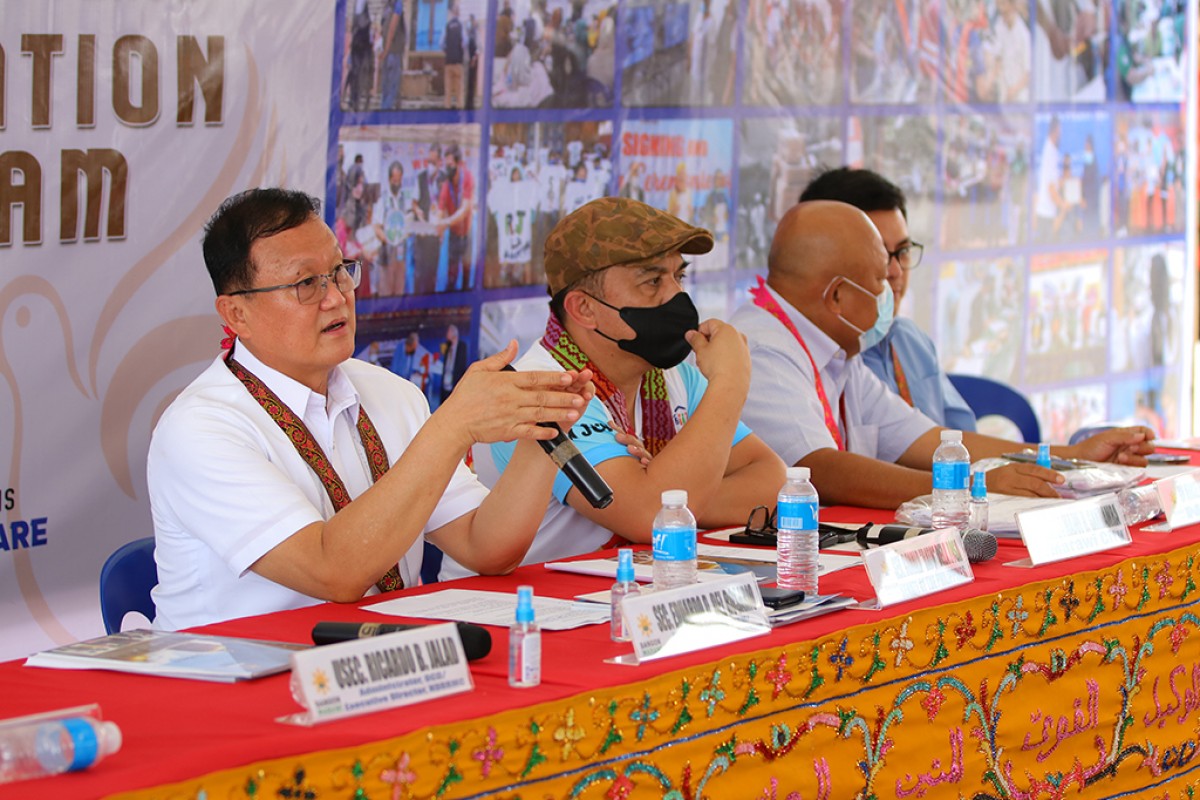 He previously noted that the city doesn’t have a single barangay hall before the siege. Some barangay chairpersons even converted their own houses into offices to cater to the needs of their constituents.

“We are now constructing 96 barangay halls and 24 of them are barangay complexes with madrasah and health center,” Del Rosario said during the May 21 Marawi Week of Peace Culmination Program.

The TFBM chief also emphasized that with the barangay complexes, Marawi residents are assured of quality service from barangay officials.

“This will ensure that our local barangay officials will have that decency of holding office and ensure that they will do their job because if they are not in this government hall then they are not doing their jobs,” he further said.

Del Rosario also reiterated that the rehabilitation will likewise serve as a catalyst for growth and sustainable development,

“If we would look towards the lake [Lanao], we could see the sports complex, the convention center, the peace memorial, and the grand padian market. And far to the right of the grand padian market will rise our port facilities. It would mean that all these projects will trigger economic development and highlight the tourism industry in Marawi City,” the TFBM chief stated.

These, he said, will have a tremendous effect on transforming Marawi into one of the most competitive cities in the country.

Meanwhile, Del Rosario appealed to Marawi residents to protect the gains of the rehabilitation and ensure that nothing will ever happen again to the city.

“We have all the investments and what we need now is your unity and resolve not to allow the terrorists to establish roots again in Marawi City,” said Del Rosario pointing out that attaining a peaceful environment is the most important objective of the rehabilitation. (APB/PIA-10 Lanao del Sur)