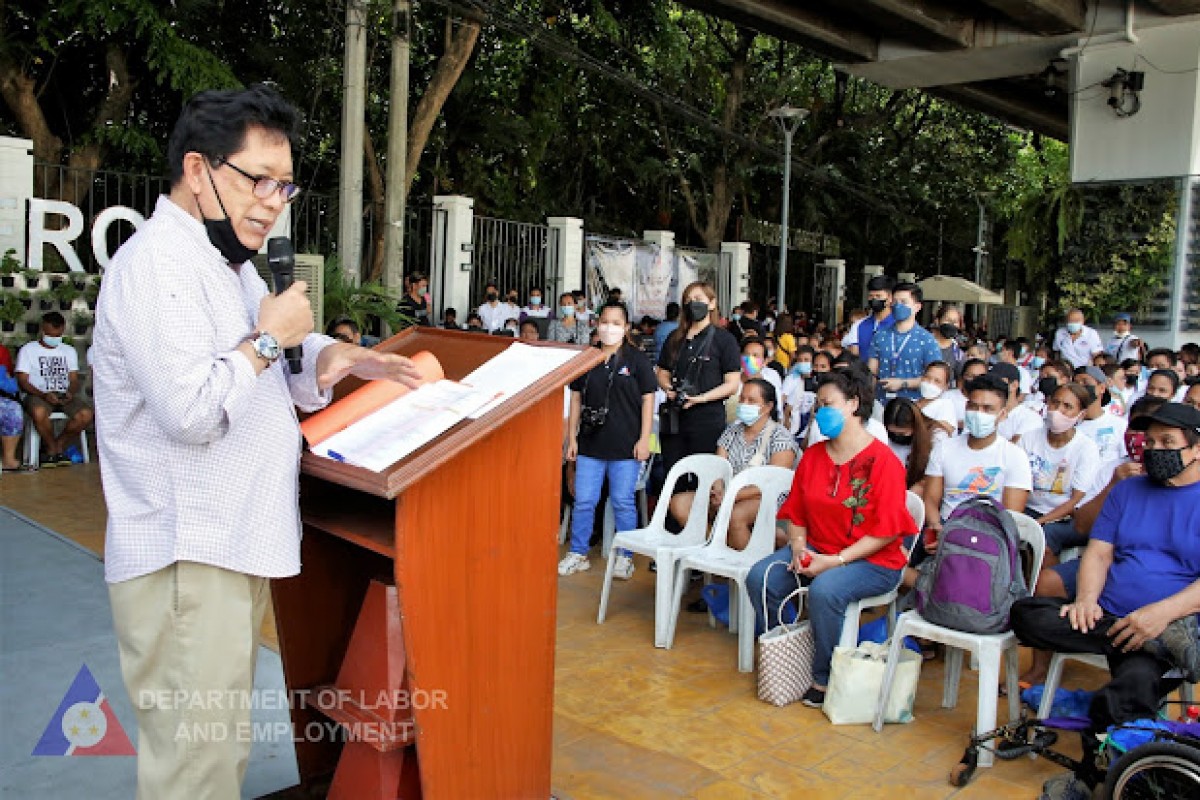 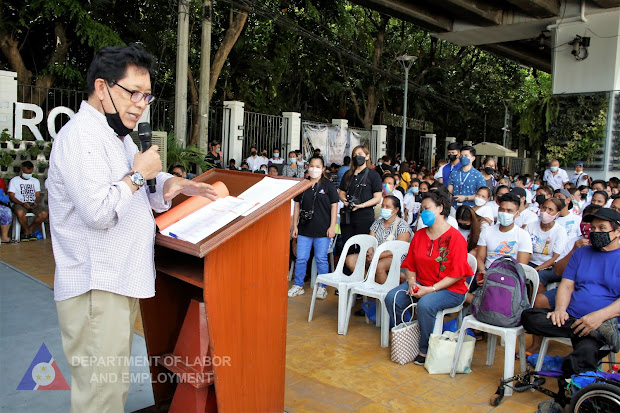 DOLE Secretary awarded DOLE aid amounting to close to P20 million to 800 beneficiaries during the Labor Day Event for the Informal Sector Workers spearheaded by the Bureau of Workers with Special Concerns and the DOLE-National Capital Region on May 23, 2022 at Arroceros Forest Park, Manila.

Labor Secretary Silvestre Bello III awarded the DOLE aid to the vulnerable and marginalized workers affected by the pandemic during the Labor Day for the Informal Sector Workers on Monday in Arroceros, Manila, citing the aid as part of the government’s economic recovery efforts.

Bello highlighted the significant economic contribution of the informal sector workers and reiterated the Department’s thrust to reduce their vulnerability to risks either through emergency employment or promotion of entrepreneurship and community enterprises.

He also underscored the Duterte administration’s social amelioration programs and the importance of the whole-of-government approach to help the marginalized sector recover from the impact of the pandemic.

Based on the March 2022 Labor Force Survey of the Philippine Statistics Authority (PSA), 36.2 percent or 17.016 million of the total number of employed persons could be considered as workers in the informal sector.

The PSA defines the informal sector as consisting of “units” engaged in the production of goods and services with the primary objective of generating employment and income to the persons concerned in order to earn a living. These units typically operate at a low level of organization, with little or no division between labor and capital as factors of production.