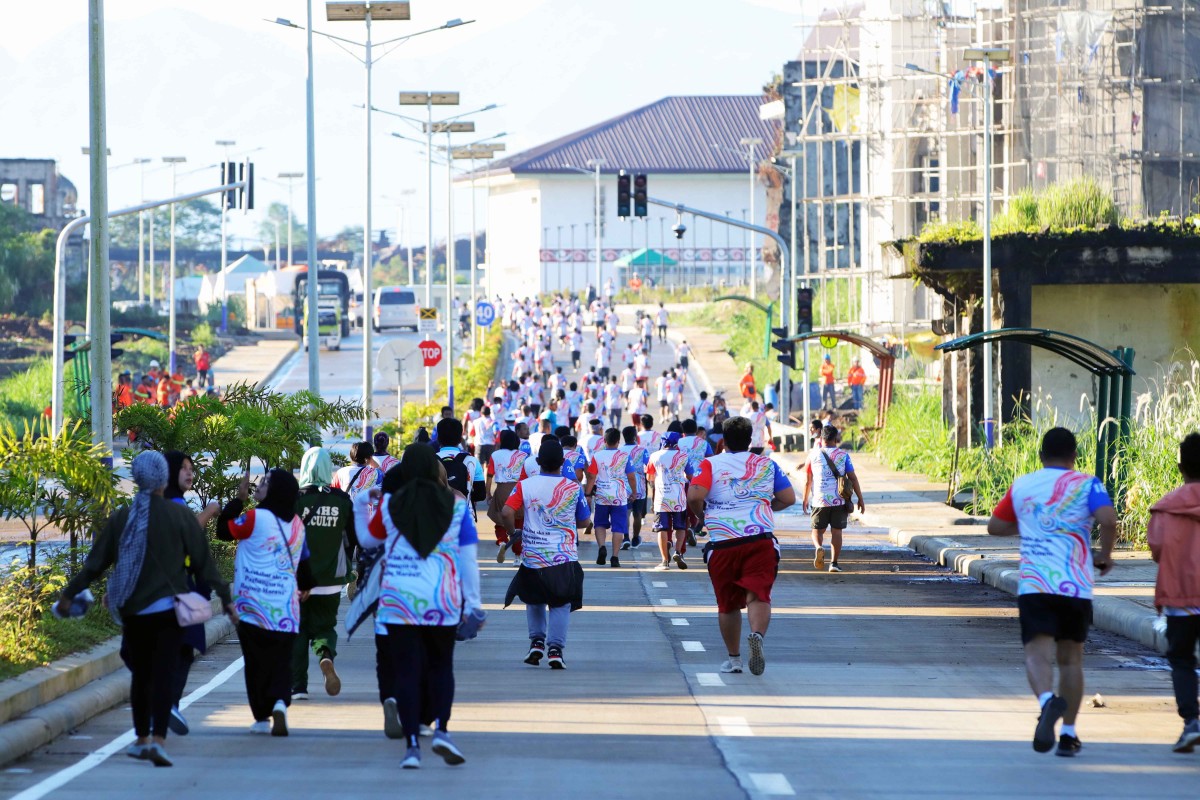 MARAWI CITY, Lanao del Sur (PIA)--Resident runners which included internally displaced persons (IDPs), students, and members of the line agencies of the Task Force Bangon Marawi (TFBM) magnified their delightedness for having been able to partake in an event organized for them.

The National Housing Authority (NHA), an implementing agency of the TFBM, spearheaded Friday, May 20, a four-kilometer Marathon for Peace inside the most affected area (MAA) of the city to officially welcome the finished construction of the road networks in the place.

Alnahar Deca, the first finisher of the marathon, expressed his joy over the initiative wherein he victoriously emerged as the grand winner.

He conveyed how thankful he was, especially that his triumph was for his wife who was scheduled to give birth in June this year.

Deca also mentioned that for displaced locals like him, this moment is relevant to at least ease the grief they felt after years of being away from their old home in MAA.

[I am very happy and overwhelmed. It is really a different feeling to win… Thank you so much to the NHA because this kind of event is very important to the people, especially the IDPs. Our dissatisfaction and pain were at least eased.]

Pahmen Mamalampay, a student who won second place, also conveyed his happiness as he fulfilled his objective of securing a feat.

He stated as well how relishing the marathon was, much more that he was fond of running races.

[I am happy because I reached my goal of being in the top 3. Running is already my passion because I am a runner at the MSU [Mindanao State University]... The organization of this game is really good. We enjoyed it.]

Student Saadudin Mohaimen, on the other hand, delivered his gladness after he prevailed as the third finisher. He is grateful that he was able to participate despite not being a displaced person.

[I am happy. I am thankful because the opportunity was opened to me although I am not an IDP.]

In the successful event, at least 300 runners engaged and reveled in the NHA’s cause. (CRG/PIA-10/Lanao del Sur)