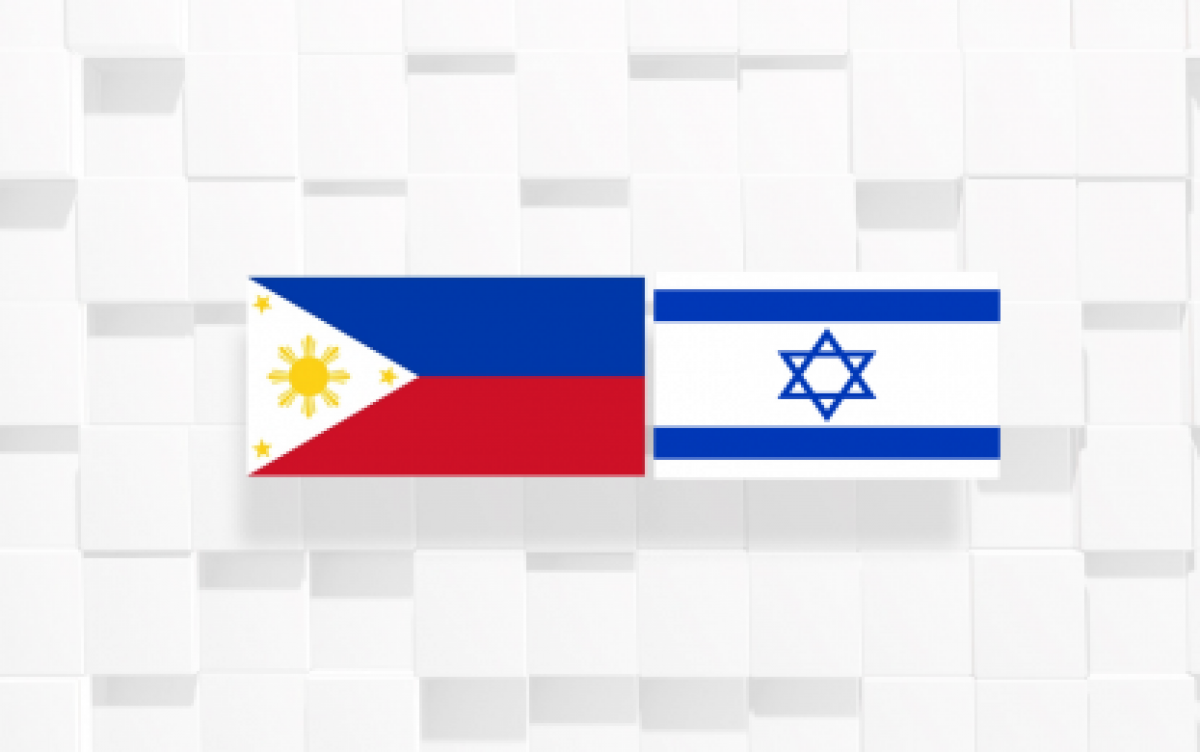 QUEZON CITY, (PIA) -- The Israeli Government is looking forward to signing three agreements to advance its economic relations with Manila.

Israel Ambassador to the Philippines Ilan Fluss said the two nations are expected to sign "in the coming few weeks" a document that would establish a Joint Economic Commission between the Israel Ministry of Economy and the Department of Trade and Industry, a report by the Philippine News Agency said.

He said negotiations for the "agreement on the promotion and protection of investments" have also concluded, with the text ready to be signed.

The third deal, the envoy said, would be a memorandum of cooperation in the area of innovation.

"You can see that we're investing a lot of our resources into getting closer to each other in the field of innovation, technologies, and economic relations, both on the level of putting in place the infrastructure, or the degree infrastructure tools for that," he said.

Fluss said Israeli companies are likewise showing interest in investing in the Philippines, including those involved in self-driving vehicles, agriculture, oil and gas, health, and business process outsourcing (BPO), among others.

"There's a lot of interest (but) as I've said before, Europe, the US (the United States) are much more attractive so we are trying to make the Philippines more attractive," he said.

Meanwhile, he said the Israeli government is also ready to work with the incoming administration and hoped that the two nations could further improve their overall bilateral relations.

"I have to say that, traditionally, we have close relations with the Philippines. And I don't see and not only I don't see any reason why it will not continue, but I think we can also upgrade them even more," he said.

"Obviously, we'll have to wait for the administration to come into office, then we can start engaging deeper in identifying together the priorities and specific issues where we can work together," he added. (PIA-NCR)