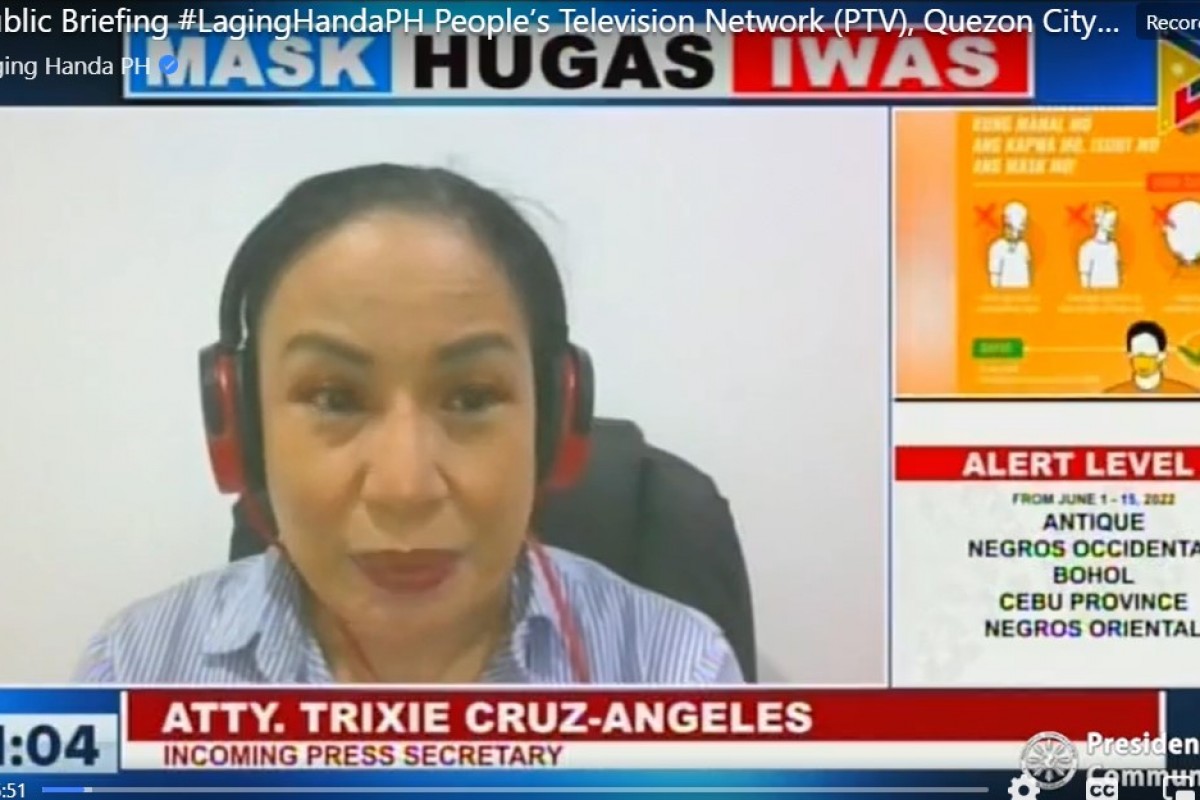 QUEZON CITY, (PIA) -- Incoming Presidential Communications Operations Office (PCOO) Secretary Atty. Trixie Cruz-Angeles on Wednesday said she will have to evaluate existing policies or programs of the agency, as she remains undecided on “which [of the PCOO’s programs] stay and which ones go.”

“In general, we’ll have to make an assessment of all the pending projects, and we’ll decide later on whether to prioritize them or to put them possibly on the backburner,” Cruz-Angeles said during the Laging Handa public briefing.

She said she would have to gauge the effectiveness of each plan, project, or activity to determine which could be continued under the next administration.

This, following some PCOO executives hoped for the continuity of the agency’s existing projects under the leadership of President-elect Ferdinand “Bongbong” Marcos Jr.

She said reviewing the PCOO’s programs is needed before considering the calls to continue the reforms initiated by Andanar.

“We’re just going to look at the effectivity of the platforms that are being used and the messaging. We’re not saying that we’re going to overhaul the entire PCOO or the systems that they have put into place,” she said.

“Assessment is going to be a major part of making the decisions on this policy,” she added.

Cruz-Angeles, however, noted that there is a plan to look for funding sources to continue the upgrade of state-run broadcasting stations such as People’s Television Network (PTV-4) and Intercontinental Broadcasting Corporation (IBC 13).

She also lauded the PCOO for stepping up the government’s information and communications drive, especially amid the COVID-19 pandemic.

“I would like to commend the existing PCOO for great efforts in the information dissemination on the pandemic, as well as other matters,” she said.

She said she and outgoing Communications Secretary Martin Andanar, along with their respective transition teams, already held a meeting to ensure the smooth transfer of power.

As press secretary, Cruz-Angeles is expected to oversee the PCOO’s operations. (PIA-NCR)