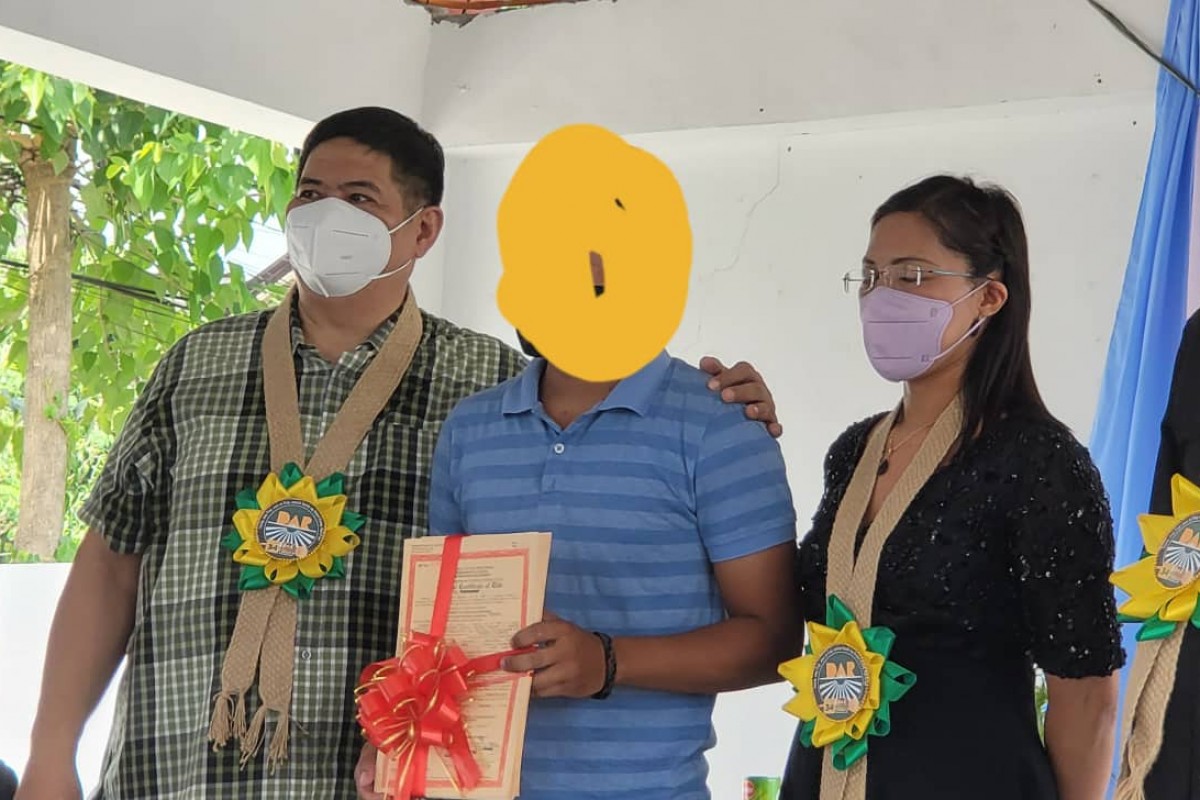 The CLOA distribution and awarding are part of the agency’s 34th year commemoration of the Comprehensive Agrarian Reform Program (CARP) and the 50th Anniversary of Presidential Decree No. 70.

The CLOA recipients are members of the Agrarian Reform Beneficiaries Organization (ARBO) in the towns of Dupax del Sur, Dupax del Norte and  Bagabag.

“Our agency as a member of the National Task Force to  End Local Communist Armed Conflict (NTF-ELCAC) is mandated to allocate agricultural lands to former rebels after due identification, screening and selection,” Turingan said. (MDCT/BME/PIA Nueva Vizcaya)

This former rebel receive his land title from officials of DAR Nueva Vizcaya as a proof that he now owns the land that his family has been tilting for many years. (PIA photo)