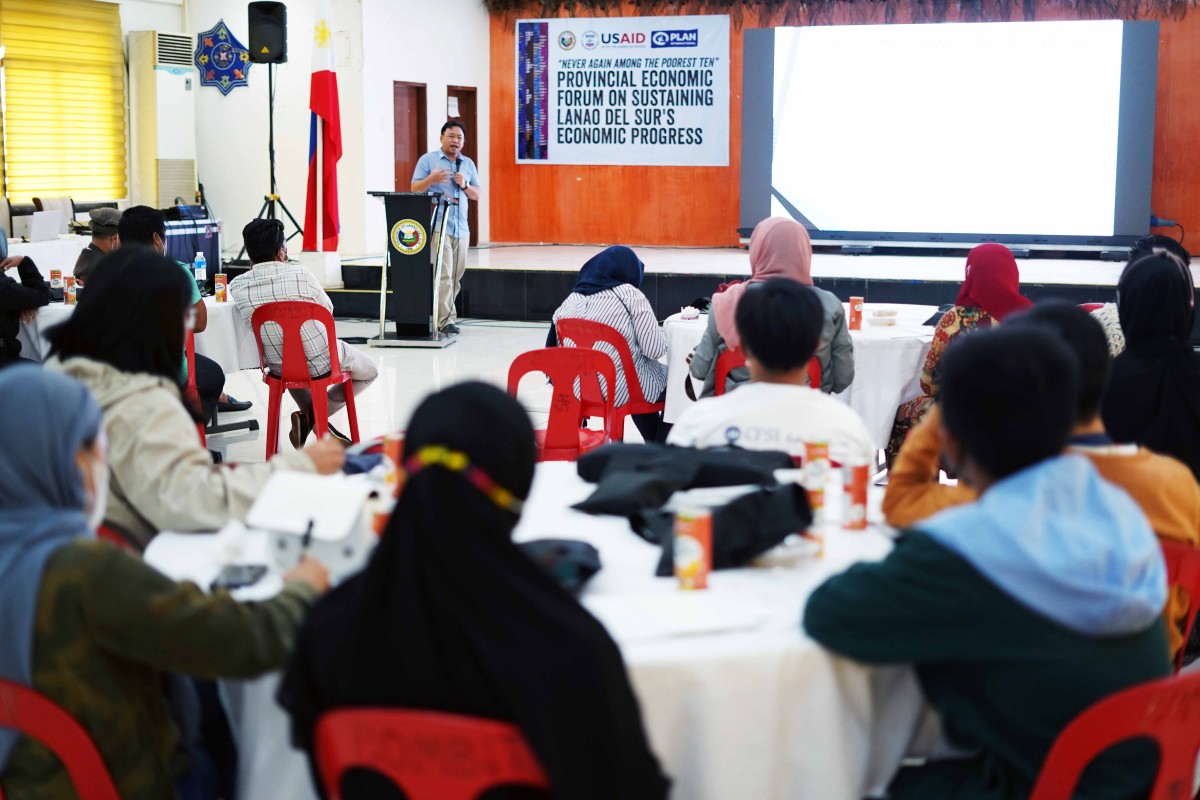 MARAWI CITY, Lanao del Sur (PIA)--Following the decline in the poverty incidence of the province in 2021, a professor of the Mindanao State University (MSU)-Main Campus emphasized that Lanao del Sur province did not gain more wealth as instead, its level of poor people was the one affected.

“Hindi naman tayo yumaman [We did not become rich]. The thing is a drop in the level of poor people in a given specific timeframe,” said MSU-Institute for Peace and Development in Mindanao Director Prof. Akram Latiph in a Provincial Economic Forum.

He said poverty is a created concept by people and is not something that is mathematically absolute making the word difficult to be defined but this has at least two types, the relative and absolute property, with the first referred to as the poverty of people compared to other people, regions or nations while the latter is known as the situation where the income of the people are not enough to afford a minimum standard of living.

Looking behind the decrease in the poverty incidence, Latiph said some causes of poverty in the Philippines are weakness in employment generation and the quality of jobs generated, failure to fully develop the agriculture sector, high inflation during crisis periods, high level of population growth and inequality in incomes and assets which dampens the positive impacts of economic expansion, and recurrent shocks and exposure to risks such as economic crisis, conflicts, natural disasters, and environmental poverty, among others.

He further said that as shown in various studies, a decline in poverty incidence is mainly driven by an increase in income and gifts like donations, aid, relief, and cash assistance, among others. Other causes also include improved access to services of line agencies of the government, positive effects of infrastructure projects, programs and development works, improvement in access to health care and delivery of basic social services, competent leadership, and good governance.

Latiph said in the province, poverty decline was observed as things were normalized after the 2017 Marawi siege. The timing of the survey for the poverty incidence was seen to also have an influence, and the survey data may have disproportionate non-poor respondents.

Addressing the concern on the sustainability of the poverty reduction, the director underlined that there is a need to stay in the course and continue the reform, economic growth, and socio-economic development agenda of the provincial government.

Meanwhile, the provincial government extended its gratitude to the contributors to the seen improvement in their economy, recognizing their efforts as well in helping the locals surpass the consequential challenges from varied circumstances such as the warfare in 2017 and the recent eruption of the COVID-19 crisis.

[It is our heartfelt thanks to all of you who helped in the rise of our Islamic City of Marawi and our province. We cannot forget your help delivered to our constituents, province, and especially the Islamic City. I hope our constituents will recover with your help.] (CRG/PIA-10/Lanao del Sur)