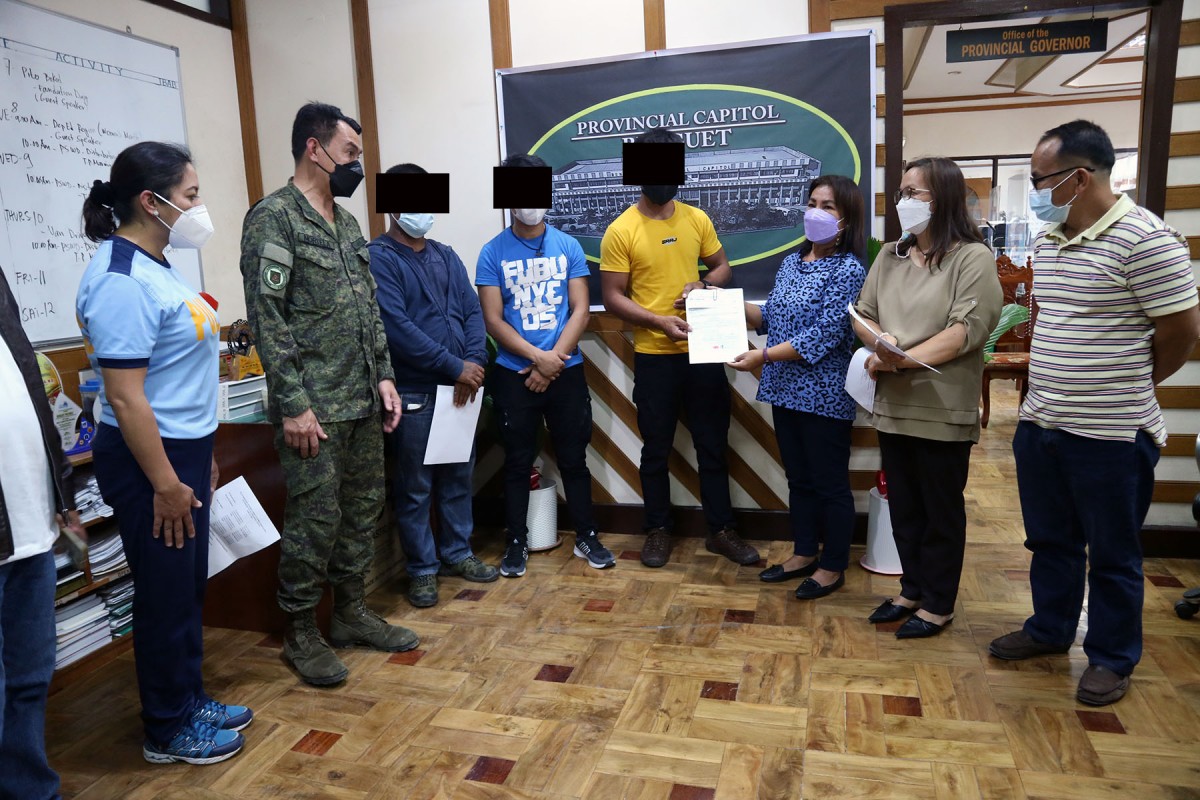 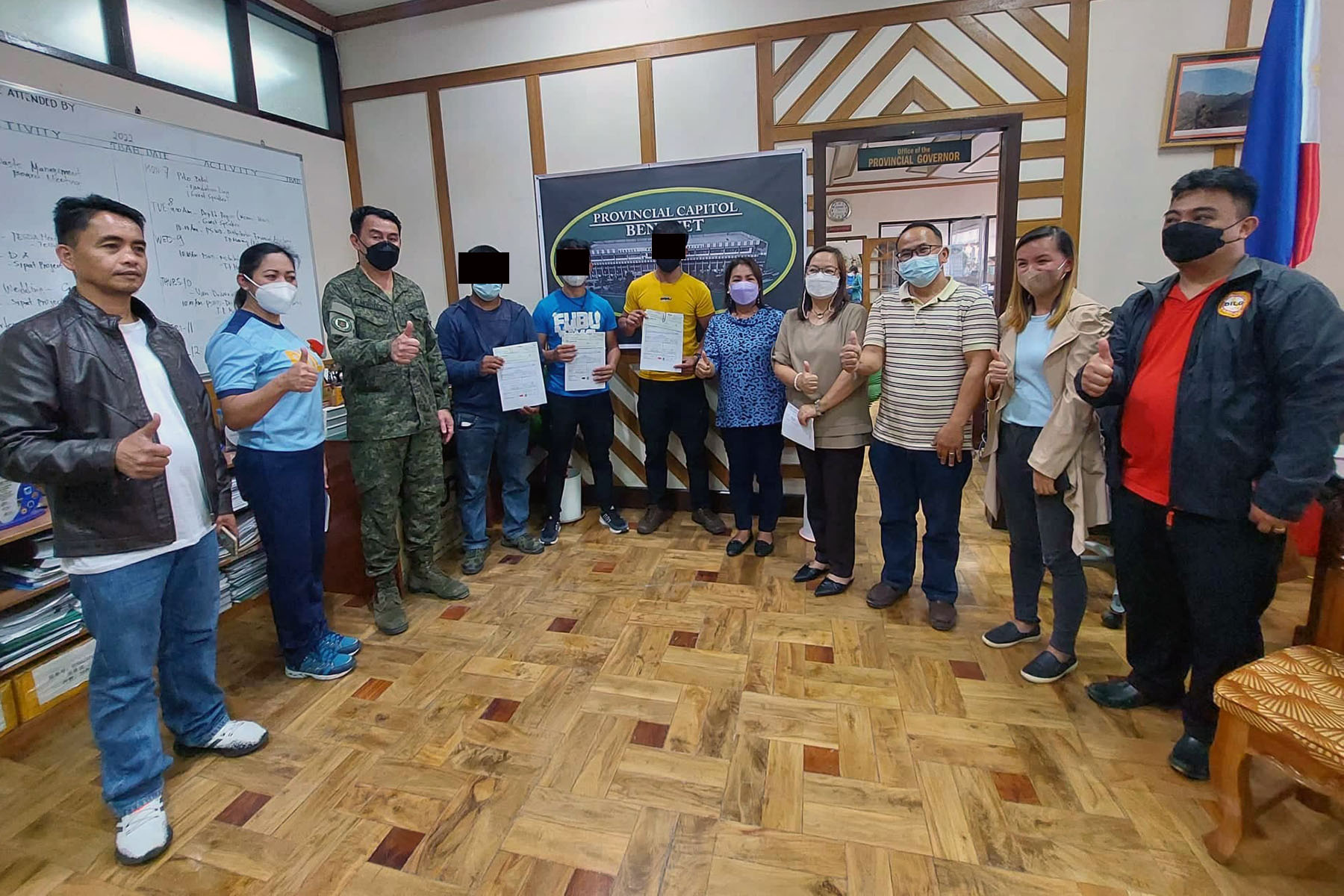 The former rebels include Alyas Roque from Cavite who used to an operative of the NPA’s Squad Dos Regional Sentro de Gravidad, Regional Operation Command of the Ilocos Cordillera Regional Committee; Alyas Dally from Kalinga who joined the NPA back in 2016. and assigned with the Kilusang Larangang Guerilla Marco, and Alyas Chong, also from Kalinga who joined the NPA in 2006 and operated under the Marcial Baggay Command of the KLG Baggas Lejo Command.

The three decided to go back to mainstream society and officially surrendered to the Benguet Provincial Police Office (PPO) in 2020.

Aside from the immediate assistance, the FRs received livelihood assistance and firearms remuneration for the firearms they turned-over when they surrendered.

The beneficiaries expressed gratitude to the government for the assistance given to them and the sincerity of the government to support them as they go back to   mainstream society.

Vencio appreciated the decision of the three FRs to return to the folds of the law and he encouraged them to help the government in convincing the remaining CTG to do the same.

Mortela also thanked the former rebels for their willingness to surrender and leave their life in the mountains which has not brought them any good. He also appealed to other CTG members to lay down their arms and return back to the folds of the law to live a better life with the support of the government. (JDP/RMC –PIA CAR)