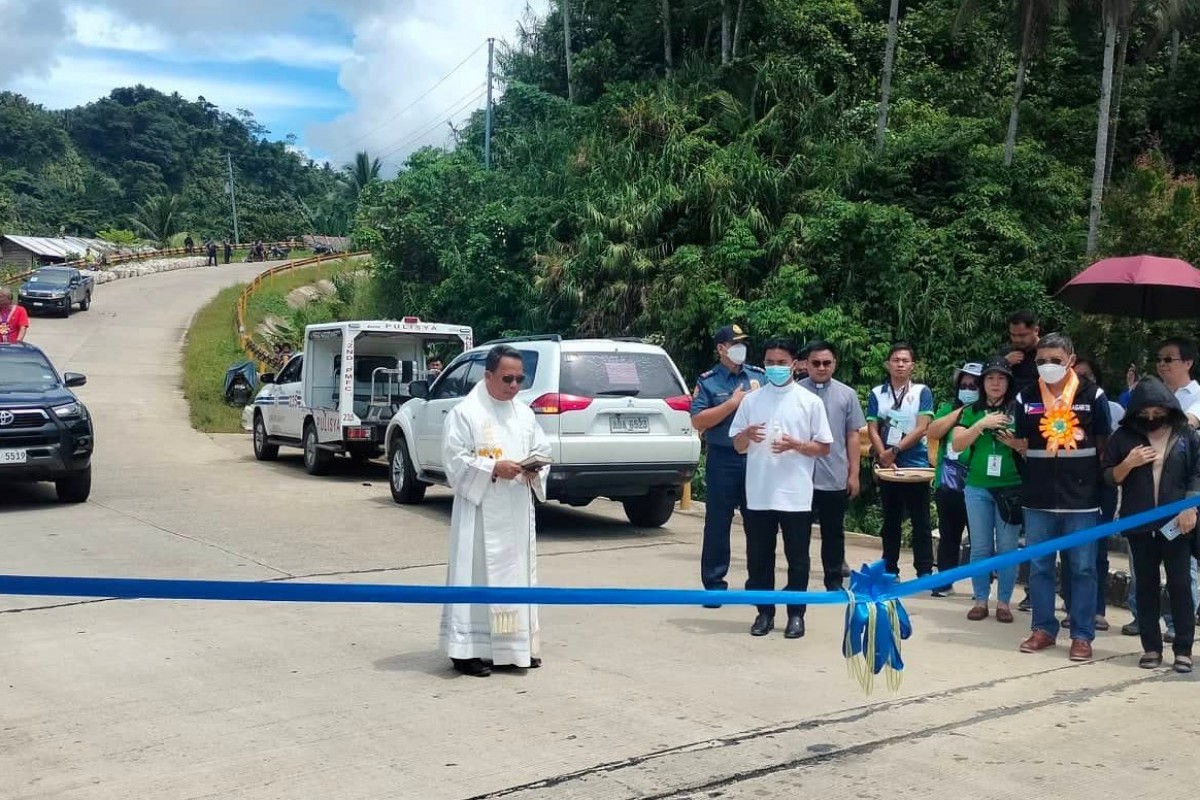 CATARMAN, Northern Samar (PIA) -- The executive director of the Office of the Presidential Adviser on Peace, Reconciliation and Unity (OPAPRU) on Thursday, June 23, led the turnover ceremony and inauguration of one of the major PAMANA projects in Silvino Lobos town, this province.

“PAMANA project is focused on the conflict-affected and conflict-vulnerable areas. We do it through consultation, we go to the ground through the area management office,” said Cesar de Mesa, who is also the PAMANA national project management head.

Literally, a Tagalog word which means legacy or inheritance, PAMANA is an acronym for PAyapa at MAsaganang PamayaNAn, in reference to its projects in interior, far-flung areas that can spark social progress and development in its host communities.

Inaugurated and turned over was the P295 million road section opening project that covers 4.27 kilometers, as well as the 150-meter Solong Bridge, and the 4th phase of the road stretch section from part of Mondragon to Silvino Lobos.

These infrastructure projects are in support to the reintegration program and anti-insurgency efforts on ending the local communist armed conflict (ELCAC), it was learned.

“We will not let the NPA make an issue that they were deprived by the LGU, as much as possible we want to give them what they need,” de Mesa said.

De mesa said the end users and beneficiaries should take care of the projects.

Governor Edwin Ongchuan of Northern Samar expressed gratitude to PAMANA-OPAPP for the project.

“Before, Silvino Lobos was tagged the poorest municipality in the entire Philippines but now we overcome that situation,” the governor said.

“The road is of great help to the locality.  It would now be easy for those seeking medical attention in going to the hospital, for the student who will study in the university, and an easy access in the delivery of farm products to different towns in the province,” Ongchuan stressed.

The blessing of the bridge was officiated by Rev. Fr. Fred Placa, head of the PAMANA Third Party Monitor. (MMP/ADiaz/PIA Northern Samar)