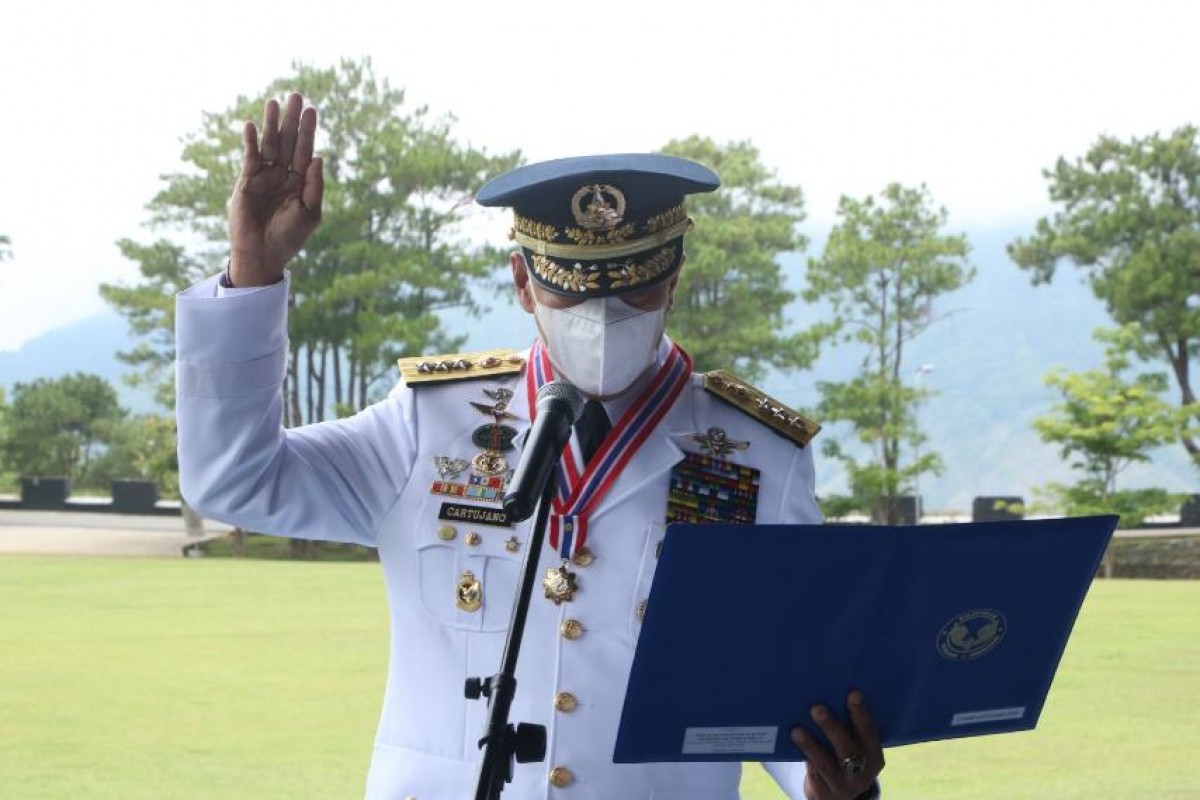 This is in recognition of the meritorious and outstanding service Cartujano rendered in the position of major responsibility as PMA Superintendent.  Through his various achievements, he has earned the respect and admiration of the Philippine Government and the Filipino people.

"Indeed, after almost four decades of military service, Lt. Gen. Cartujano has proven that if one is committed to accomplishing something big, it must start with a choice and must be sustained by dedication and perseverance," Centino said. 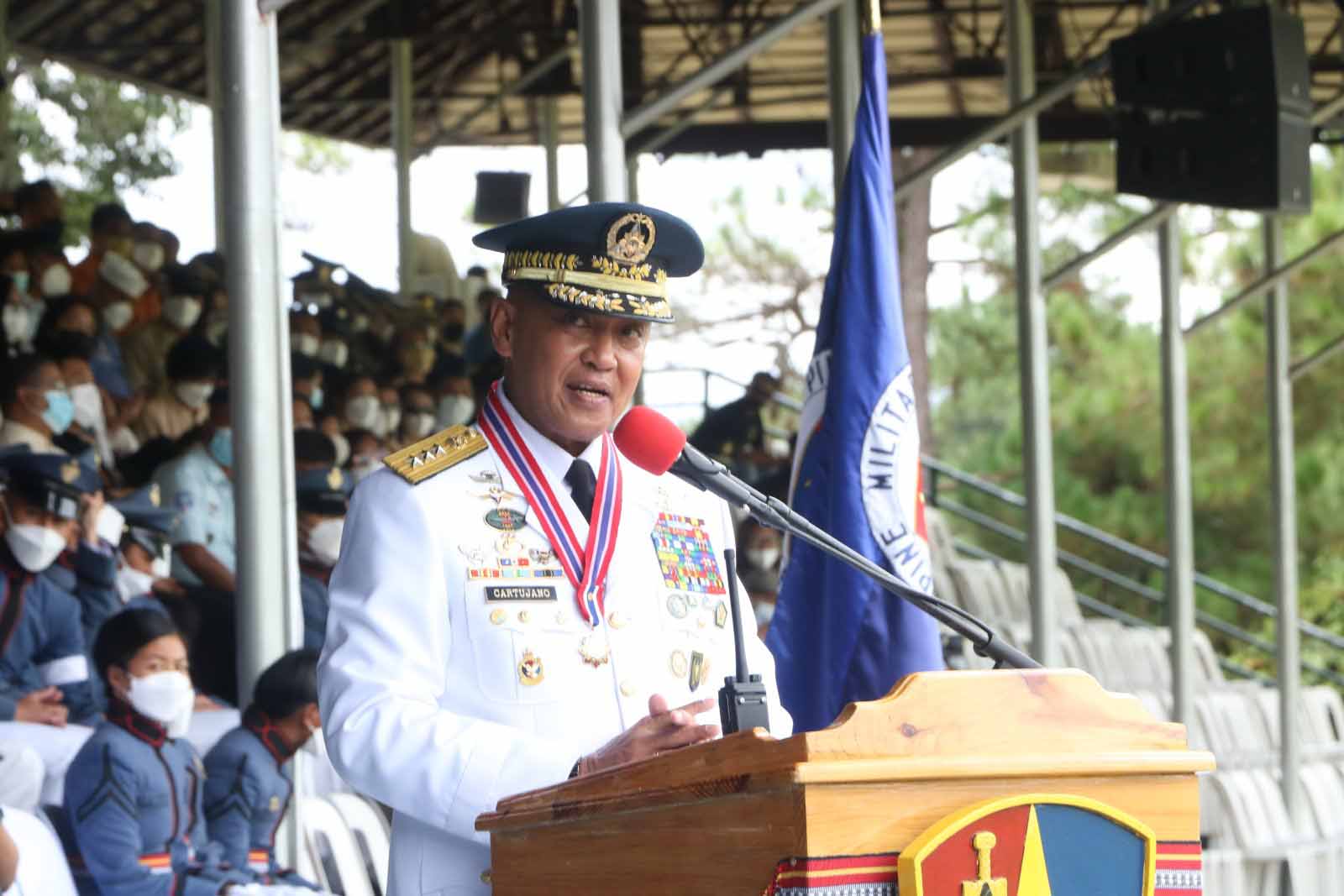 Lt. Gen. Ferdinand Cartujano in his valedictory address during his Retirement Ceremony at the PMA on June 26, 2022. (Photo: PMA)
Delete

In his valedictory address, Cartujano expressed his gratitude to everyone who made his journey worthwhile.

"I have come full circle with my career. Sa Akademya ako nag-umpisa, sa Akademya din ako magtatapos. I cannot think of any other circumstances more ideal than this. I get to serve the very institution where I have been molded to where I am now. I get to educate the cadets, the very Corps that once I was a member of, as future military leaders of our country and I get to share my wisdom in all of these years to the men, women cadets of my beloved academy," he shared.

Cartujano stressed that he is proud to have served and led the PMA in his final military duties. He also acknowledged all the personnel of the Academy and expressed his hopes that their desire for excellence will keep on burning as they remain committed in shaping the character and minds of the future leaders of the AFP.

He also challenged the Cadet Corps to study hard and be a good role model to the youths of the land.

"You are the future of the Armed Forces of the Philippines, whatever you do outside the confines of the walls of Fort del Pilar will reflect and mirror the Academy. Remember this, you are the face of PMA," Cartujano emphasized.

"To PMA, my home, I, your son, will now be bowing out. I just do hope that I was able to live up to your standards and that I have lived and served according to the ideals and mottos of the Academy of courage, integrity, and loyalty. I will remain to be your dutiful son. Thank you, my dear alma mater, thank you Philippine Military Academy," he ended.