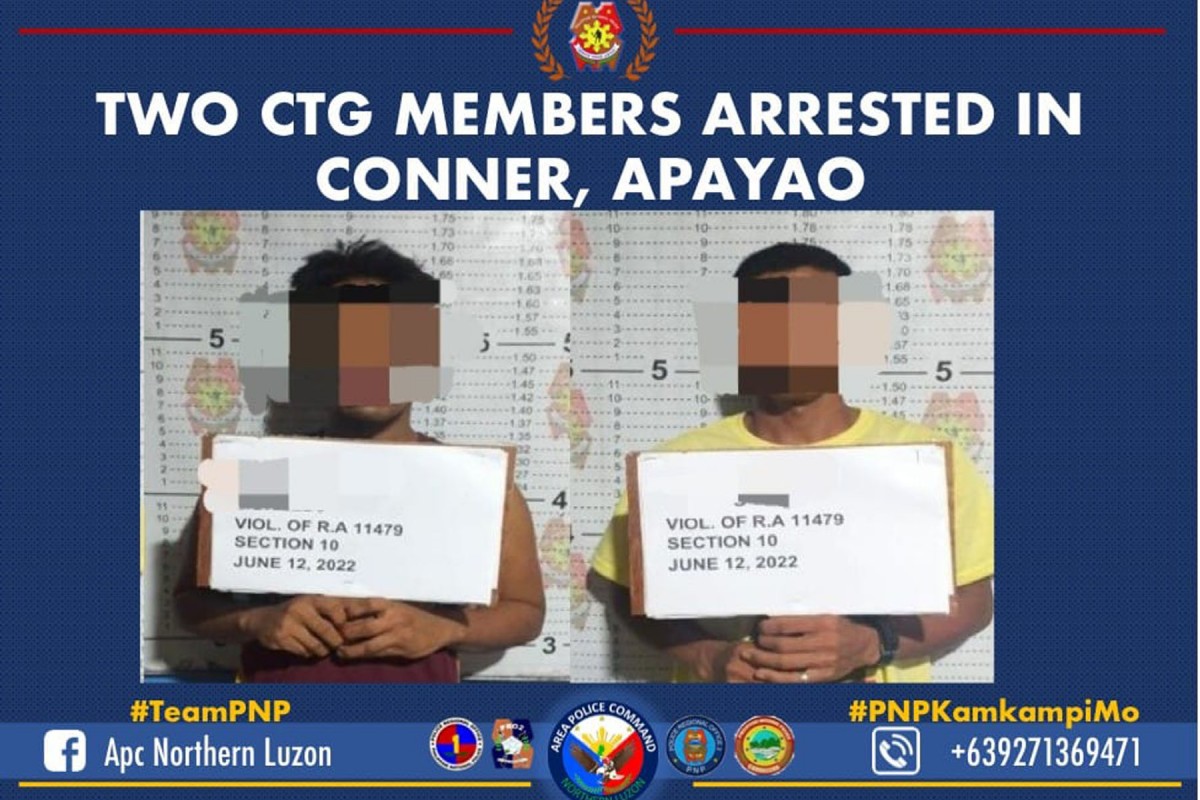 The arrested CTG members were identified as “Ka Cris”, 36 years old and a native of San Mateo, Isabela and a resident of Bagong Pag-asa, Quezon City,  and “Ka Zin” , 30, and a resident of Dagat Dagatan, Barangay Longos, Malabon City.

Reports said the suspects who were   brought to Conner MPS were identified and confirmed by former rebels who surrendered as members of the Ilocos Cordillera Regional Committee,   Kilusang Larangang Guerilla - North Abra under the Command of Florencio Malaga Baloga aka "BRAM.”