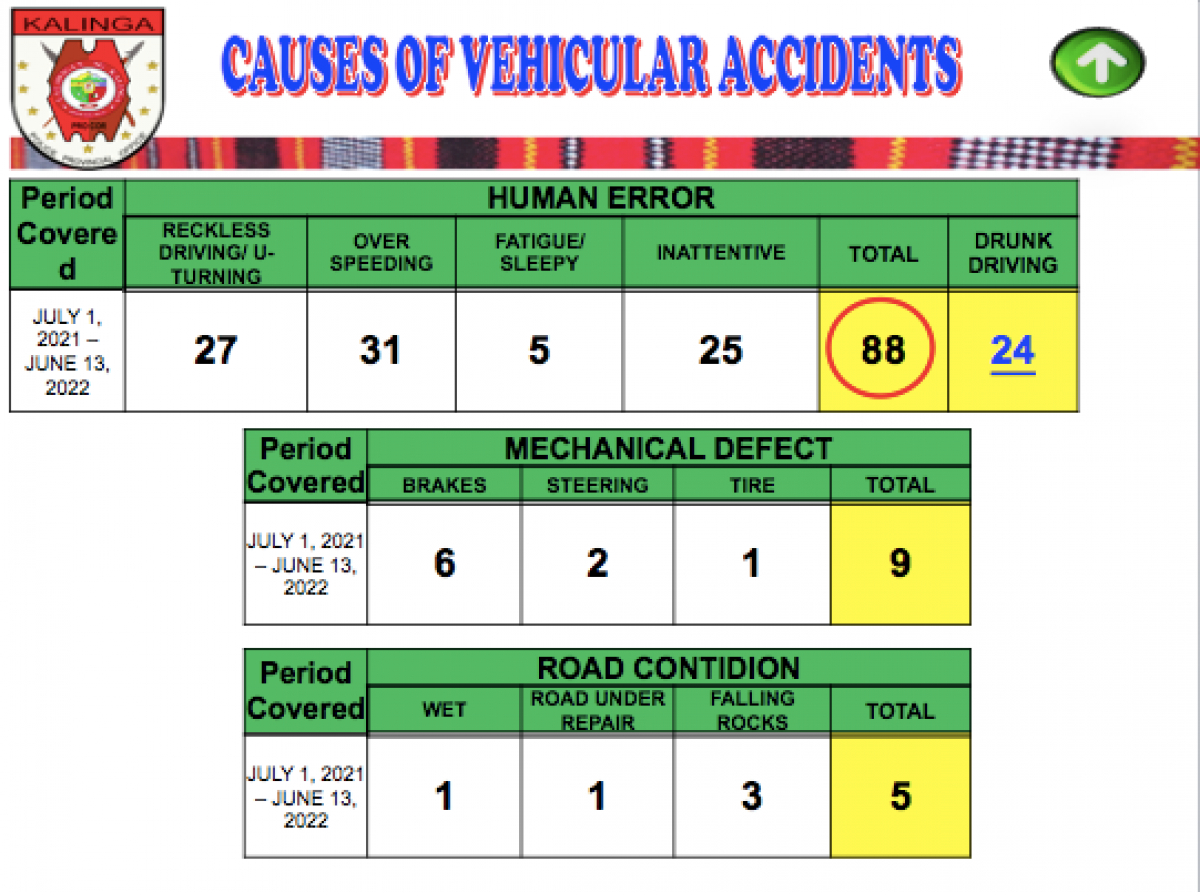 CITY OF TABUK, Kalinga (PIA) - -Law enforcers are intensifying   campaign on safe driving as the number of vehicular traffic accidents (VTA) remains high despite the drive on the strict observance of traffic rules and regulations.

To reduce Public Safety Index cases particularly VTA, the Kalinga Police Provincial Office (KPPO) is implementing OPLAN REViTALor Reduction of Vehicular Traffic Accident in the Locality with the deployment of police personnel on the streets to render extra hour duty and manning traffic during rush hours in the morning and afternoon.

During the 2nd Quarter Provincial Peace and Order Council meeting, KPPO reported 45 deaths and 78 injured due to VTA from July 2021 to June 13, 2022 with human error as the number one cause.

Human error according to the report includes reckless driving, over speeding, drunk driving, inattentive and fatigue. There were also 3,143 traffic violations recorded from January to June this year with the “no helmet” violation the highest at 689 cases and overloading at 524.

Meanwhile, KPPO also reported a decrease on crime volume by 29.27 percent from 82 in April to June 2021 to 58 on the same period this year. 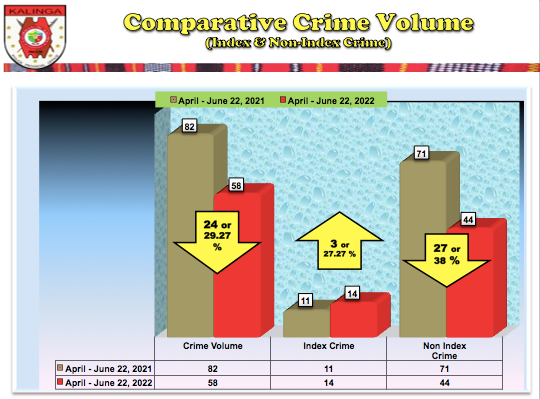 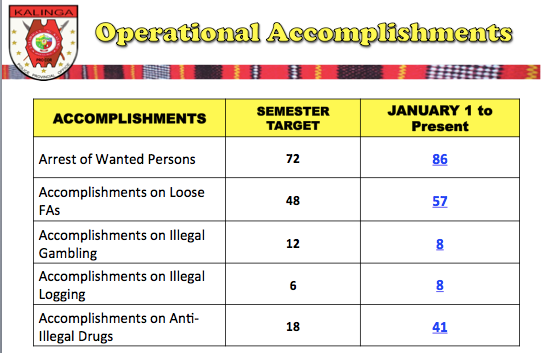