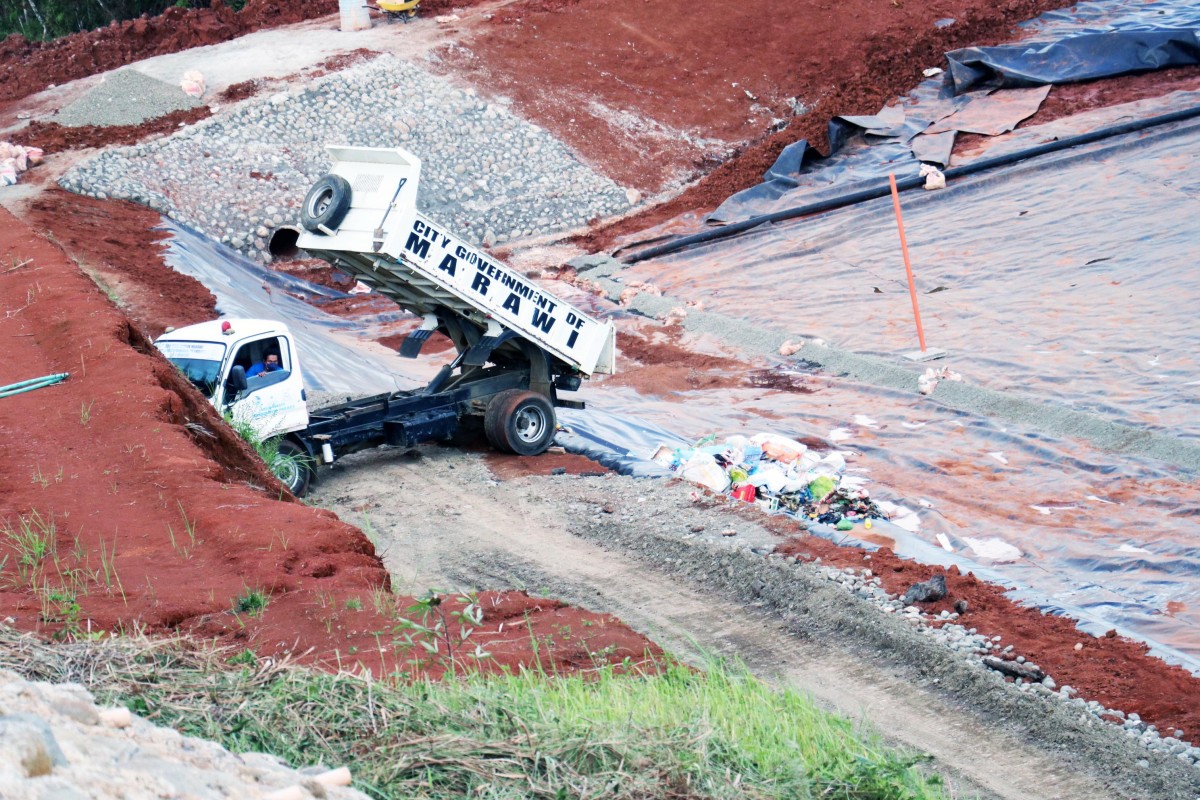 This, as the Task Force Bangon Marawi (TFBM) and the Department of Environment and Natural Resources (DENR) together with the city government and the provincial government of Lanao del Sur, inaugurated the new engineered sanitary landfill (category IV) Tuesday, June 28.

The facility, located within the boundaries of Brgy. Malimono in Marawi City and Brgy. Kasayanan in Kapai town, was completed under the rehabilitation program through the Sub-committee on Land Resource Management to cater to wastes of the city and nearby municipalities for 20 to 25 years.

“We are very thankful for the establishment of this engineered sanitary landfill as part of the rehabilitation of Marawi City. We are very confident na mas mamanage natin nang maayos ang ating [that we will be able to manage well the] solid waste sa [of] Marawi City,” said City Mayor Majul Gandamra.

He stressed that ever since they have been confronted with the lack of facilities that would efficiently collect and manage solid waste and the problem of the open dumpsite that caused serious health and sanitary threat alongside the negative environmental impact on the physical features of the city.

He shared that the wastes in the city doubled as years passed by, and almost all municipalities in the province had no suitable place to dump but with the completion of this facility, they are all optimistic that there will be no more struggle as even wastes of neighboring localities can already be accommodated.

Adiong further stated the project fits their economic agenda that was set at the beginning of his term, as well as ‘Vision 2040’ of the provincial government which aims for the betterment of Lanao del Sur and Marawi City, and includes the need to combat the leading causes for the degradation of natural resources such as soil, air and water pollution, the destruction of natural habitat, and loss of biodiversity.

[This project serves as our guide and inspiration so that we can strengthen the enactment of policies and programs to address our decade-long problem of cleanliness.]

Adiong underscored that although the local government of Marawi will be the one in charge of sustaining the facility, the provincial government will still give its full support as it is beyond thankful for the establishment of the said project.

Meanwhile, DENR Assistant Secretary for Legal Affairs Lawyer Michelle Angelica Go said that at the end of this year, they will be coming over to turn over the entire facility to the city government.

She looks forward to the coming 25 years that they will see such a facility, which is a product of the shared experiences of various stakeholders, to be the model sanitary landfill in the entire country.

“We hope that this being a shared conceptualization, the people of Marawi City and Lanao del Sur will take care of this project and will ensure that at the end of the day, this sanitary landfill will be maintained as the best in the Philippines. We hope to see this city and area as a model of sustainable development in the country. From a war-ravaged area, this will be a model of an environmentally sustainable city,” said Go. (CRG/PIA-10/Lanao del Sur)