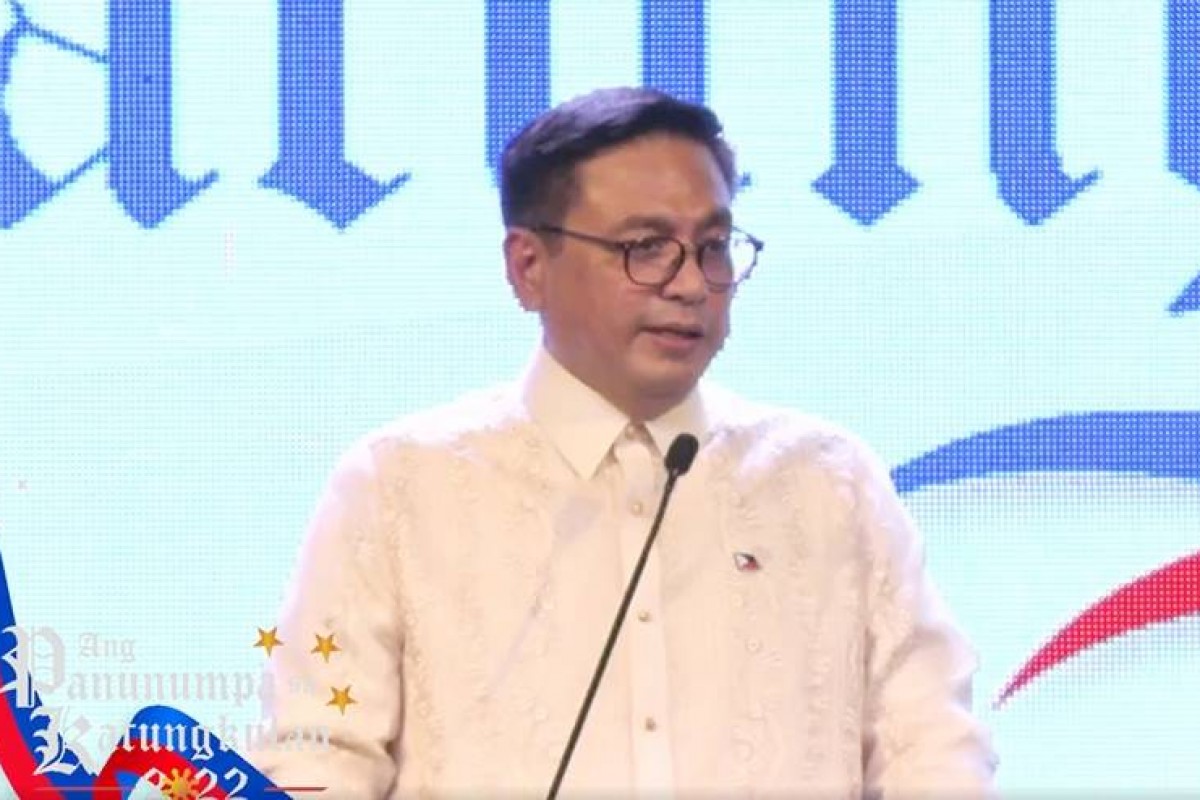 QUEZON CITY, (PIA) -- Ruffy Biazon took his oath as the new local chief executive of the City of Muntinlupa on June 30 and revealed his administration's main thrust for the next three years that includes education, health, livelihood and peace and order.

Executive Judge Myra Quiambao of the Muntinlupa Regional Trial Court Branch 203 administered the oath-taking of Mayor Biazon at The Filinvest Tent in Filinvest City in Alabang.

“As the new chapter of our city unfolds, I promised Congressman Jimmy Fresnedi and our fellow Muntinlupenos that the initiatives of his administration will not go to waste,” said Biazon.

“There is no greater challenge and no greater honor than to be in the service of the people; to meet their needs, to ease their hardship, to make their aspirations a reality and to make them feel that they are governed not through privileged authority but by servant leadership,” he added.

“The 7K Agenda is based on the United Nations Sustainable Development Goals (UN-SDG) in which each agenda encompasses some of the 17 goals of the UN-SDG,” he added.

He said the COVID-19 pandemic may probably last for a few more years, based on experts, and another challenge to address is the effect of the Russia-Ukraine war.

Biazon said this is the reason why they consider the next three years as Muntinlupa's Pandemic Recovery Period.

“During this time, we will focus on programs that will uplift Muntinlupa from the effects of the crisis brought about by the pandemic. Leading this is our Pandemic Recovery Plan which is part of the 7K Agenda,” he said.

He said in health, the plan to convert some health centers in barangays into Super Health Center, which will have a 24-hour clinic and basic diagnostic and laboratory services.

As a start, he envisions that each of the two districts in Muntinlupa will have a Super Health Center in order to immediately address health emergencies.

He also plans to rehabilitate the city-run Ospital ng Muntinlupa and increase the capacity of its dialysis center.

In education, Biazon said he will implement new strategies in the face of the challenges of the pandemic.

He said face-to-face classes will bring big adjustment and his priority is to make schools safe. He will pursue the use of technology in schools and will continue the scholarship program.

Under pandemic recovery, he said, he will enhance livelihood and training programs and will open programs to help those who want to start their own business.

Biazon said he will launch the program Support Muntinlupa Industries and Local Entrepreneurs (SMILE) that will help the local tourism industry and small businessmen. He is eyeing the development of Muntinlupa’s lakeshore areas as a tourist destination.

To attract investors to Muntinlupa, he said he plans to ease processes of the city government through the use of new technology.

“We want to be a city that is in the forefront of embracing new technology, with a government that is also more transparent and more responsive to the needs of the times,” he said, adding that he plans to have free Wi-Fi connectivity at the city hall.

He will also establish the Mayor’s Action Center, a one-stop-shop for frontline services of the government.

In the center, anyone who needs medical assistance, burial assistance and other services only need to go to one department for the processing of the request.

“As your new father of the city, I am offering, I am putting my strength, wisdom and life for you. One People, One Vision, One Muntinlupa,” he said.

Biazon was Muntinlupa’s congressional representative before running and winning as mayor in the May 9 elections.

In his inaugural address, Biazon said when he decided to run for mayor, he sought permission from his wife Trina and his father, former Senator Rodolfo Biazon.

Biazon served for five terms as representative of Muntinlupa. He said his decision to run for mayor meant going out of his “comfort zone.”