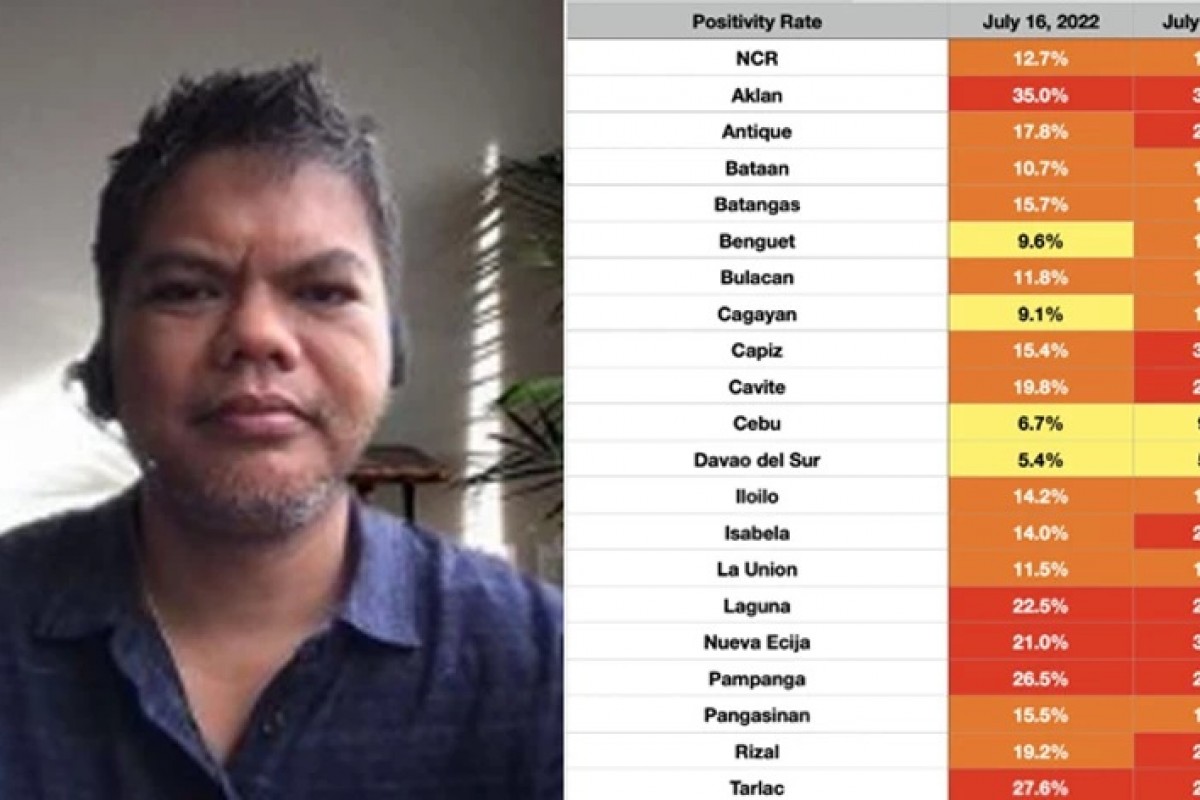 QUEZON CITY, (PIA) -- Approximately 10 areas in the country recorded more than 20% or "very high" one-week COVID-19 positivity rates this Friday, while the National Capital Region (NCR) increased by 14%, according to the independent monitoring group OCTA Research.

He also mentioned on Friday that the daily positivity rate in NCR has increased to 16%.

The positivity rate is the percentage of people who test positive for COVID-19 from the total number of individuals tested.

According to David, the areas of Cavite, Laguna, Rizal, Pampanga, Nueva Ecija, Tarlac, Aklan, Antique, Capiz, and Isabela all recorded a positivity rate of more than 20% as of July 22, compared to July 16 data.

Meanwhile, as part of the government's plan to continue to fight against COVID-19 infections in the country, the Department of Health (DOH), in collaboration with the local government units (LGUs), is scheduled to launch on July 26 a campaign aimed at administering booster shots to 50% of the eligible population in the next three months.

Based on the DOH's national COVID-19 vaccination dashboard, there are now 71.5 million Filipinos fully vaccinated. Of the said number, 15.9 million have already received their booster dose. (PIA-NCR)