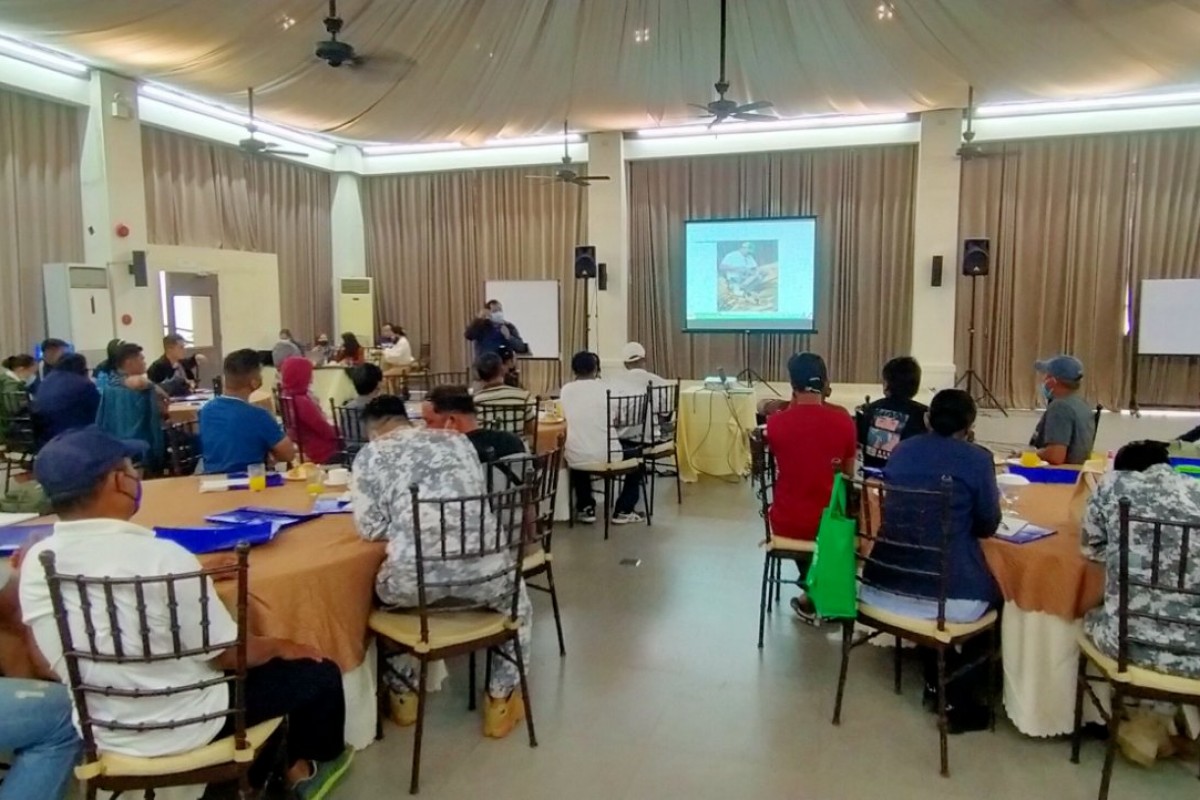 SAFE Seas Project Manager Joe Pres “Adon” Gaudiano said the training aimed to protect fishers by equipping them with the knowledge on safety standards that fishing vessel owners should observe. “Safe seas is really for ensuring our fishers are protected and they know about their rights.”

Gaudiano hoped that participants would be security officers themselves now that they are aware of their rights while representatives from concerned government agencies will have an enhanced skill on how to inspect and help fishers distinguish their rights and uphold them as well.

He said that due to poverty sometimes fishers merely let go of abuses perpetrated by boat owners because they have no choice but to work hard and earn for their family.

“We are advocating kasi our project is safe seas. And safe seas project really is for ensuring our fishers are protected and they know about their rights in fishing. And for so long, they have been there in that situation and it has become parang normal na sa kanila… basically kasi wala silang ibang option,” he said.

But with the joint efforts of the government and non-governmental organizations like the Plan International, Gaudiano is confident that this can change and fishers will be empowered to speak for themselves, describing them as pivotal actors in sustaining food security and economic development.

The training also served as venue to educate fishing boat owners to not just be compliant with safety standard protocols but also help promote the welfare and boost the confidence of their workers.

In partnership with the Department of Labor and Employment's Occupational Safety and Health Center (OSHC) XII, the training held on July 19-20 at Greenleaf Hotel here was also attended by the Philippine National Police, Philippine Coast Guard, and other partners involved in ensuring the safety of fisherfolks at sea.

OSHC XII officer-in-charge Mary Joy Pandac explained the importance why fishers must be taught about their rights and other safety toolkits as these will enanle them to protect themselves while out at sea.

“Every worker has the right to a safe and healthy workplace,” she said, adding that workers have the right to decline unsafe and unhealthy workplace as prescribed under Joint Administrative Order No. 2017-001 which is the National OSH Policy Framework institutionalizing the OSH in both public and private sectors and Republic Act 11058 strengthening compliance with the OSH standards.

According to her, the law also mandates the designation of a safety officer in every office, workplace or establishment to “oversee the overall management of the OSH program and frequently monitor and inspect any health or safety aspect of the operation.”

Pandac said safety officers are crucial to a workplace since one of their duties includes the “issuance of a work stoppage order” when they see it fit based on OSH standards.

After the OSH training, the Plan International also proceeded to implement on July 21 and 22 a help desk training for the members of Gender and Development committees of the different barangay local government units in Sarangani and General Santos especially those handling cases on violence against women and their children. (CTA/PIA SarGen)