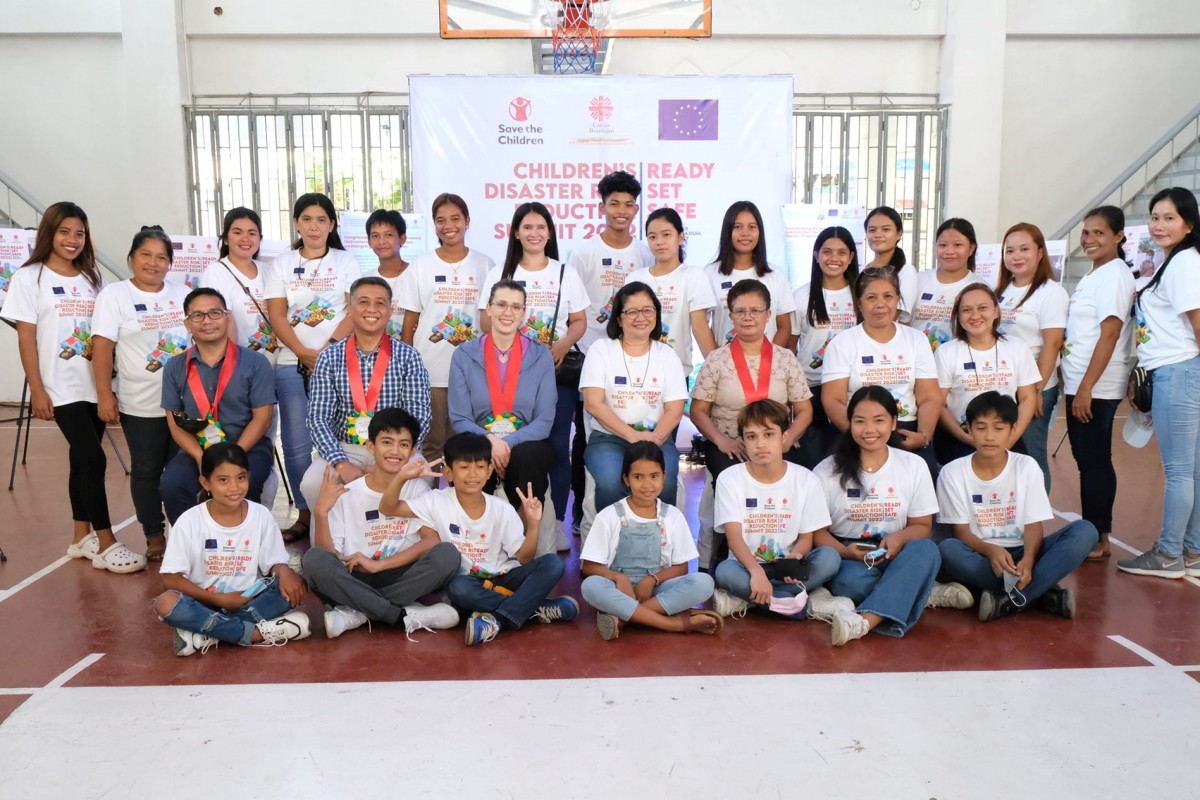 BORONGAN CITY (PIA) -- Results with corresponding recommendations of the survey on children’s social responsibility and rights during emergencies were presented in a panel at the ‘Ready, Set, Safe’:  Children's Disaster Risk Reduction Summit held at provincial gym on July 22.

Recommendations included the proposals for free check-ups with free meds;   safe, secure and comfortable shelter and evacuation center aside from the school;  access to accurate disaster info; counseling for the mental and physical health of the children; strengthening  safety and security, gender-sensitive comfort rooms; and feeding programs for malnourished children during emergency situations.

One of the panelists, Edgar Peque, department head of Eastern Samar State University - Environmental Science Department, commended the study done by the children’s group and suggested tapping the perspective of “before emergencies” in the survey.

“The study needs to be replicated in other LGUs to see if findings would also be similar,” Peque added.

Kirstin Kreyscher, a Ph.D. candidate and research affiliate from Deakin University, and also a former researcher at the Center for Disaster Preparedness in the Philippines, commended the initiative in embracing the idea of involving children in disaster matters.

Keyscher then presented her research study on Youth Experiences in Disaster, which initially showcased that child-friendly DRRM mechanisms can be improved if there is involvement from the youth sector as well.

“Youths should become more aware of the realities when exposed to conditions or structures that both trigger and prevent hazards before, during, and after emergencies. The importance of youth on the disaster agenda is as equal to any other sector in the community,” Keysher said.

“Because of the E-Samar Project, from a shy-type person, I became a well-rounded individual who is now more aware of DRRM concerns, and child-friendly spaces. It also helped not just me, but the children in my community to be more confident and more participative in every local discussion,” Ma. Alexandra F. Blando, Eastern Samar representative of Children’s Advisory Team, remarked in her keynote message.