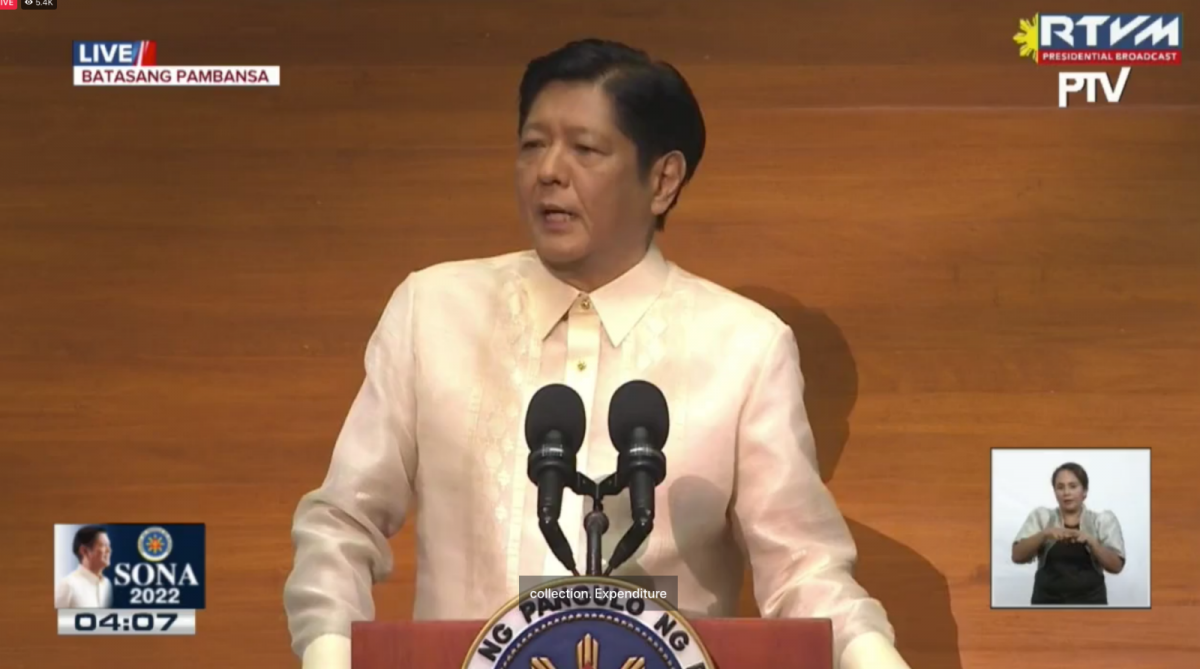 RTVM Screengrab of State of the Nation Address﻿

The 227,000-strong police force is expected to receive marching orders and policy guidance from Marcos, in a report by the Philippine News Agency.

The event will commemorate the founding of the former Philippine Constabulary, the country’s first insular police force, on Aug. 8, 1901 and carries the theme "Matibay na Ugnayan ng Pulisya at Mamamayan, Tungo sa Pagkakaisa, Kapayapaan at Kaunlaran" (Strong Police-Community Partnership, Toward Unity, Peace and Progress), according to a PNP statement on Sunday.

As commander-in-chief, Marcos will present awards and citations to outstanding PNP units and personnel. He will be assisted by Interior and Local Government Secretary Benjamin Abalos Jr. and Gen. Rodolfo Azurin Jr., newly installed PNP chief.

“As we celebrate this auspicious day, we also honor and pay tribute to our fallen police officers, our unsung heroes, whose legacy, exceptional dedication to duty, selfless service, and unconditional love and sacrifices for our country and countrymen are forever etched in the colorful history of the PNP," Azurin said in a statement. “We are here to manifest the nation's enduring gratefulness and carry on the ideals they cherished." (PIA-NCR)